Meghan McCain: Get Your Own Damn Rich Family, America 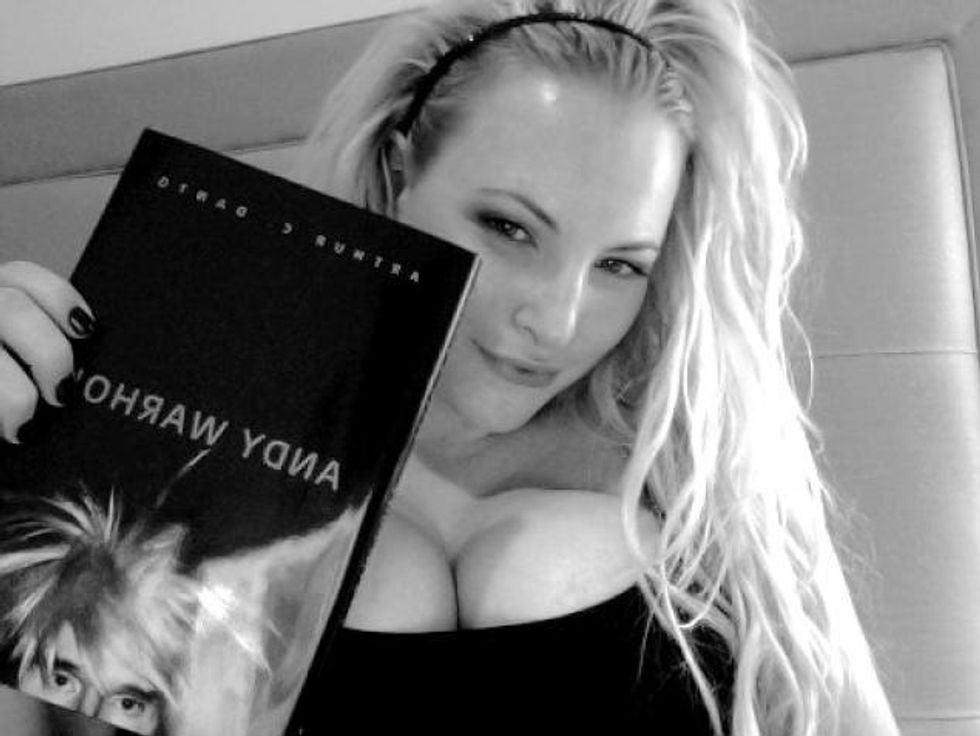 OMG, you guys, we are so psyched that Meghan McCain, the young "writer" with the charm of curdled egg nog who pulled herself up by her own stilettos (and also is the daughter of John McCain, which is totally irrelevant), finally figured out for us what is wrong with America. Guess.

No, you will never guess. We will tell you. It is ... drumroll please ... Obamacare!

On TakePart Live, Meghan informed the viewing audience what she has learned 'bout America from flipping through fashion magazines or whatever the hell she does when she's not on a tour promoting a book about how much Republican sex she's had.

I think Obamacare is debatably one of the worst things to happen to America in the last 25 years. … It is the main thing, above all else, ABOVE ALL ELSE, why I think President Obama -- and it is nothing -- is disconnected from what the American people want. And it’s not about me wanting to give everyone free health care everywhere. This is a problem. Young people are paying for older people that are sick. And I think, had it been framed that way, the American public would not have supported it.

We know what you're thinking, but no, Meghan is not a contender for the worst thing to happen in the last 25 years; she was born in 1984. Which means she's old enough and wise enough to really understand The American Public. She even heard about a poll somewhere that said Obamacare is not popular! The reason, obviously, that it is not popular is that America has only just begun to realize that, for the first time ever, the Big Bad Government has created a system in which people pay into something that benefits some other people. This is different from how Social Security works, because Meghan is not quite old enough to have heard about that yet, and also Social Security has nothing to do with youngs paying for olds.

Unfortunately, The American Public did not have a chance to hear Meghan's framing of Obamacare before voting it or however a bill is turned into a law, who knows? But let's get to the bigger issue:

It is an innately different way of looking at the world. And whether you like it or not, this is distribution of wealth, which is a big difference between Republicans and Democrats.

Ugh, distribution of wealth is the worst! Don't you just hate it when someone gets money from someone else? We are sure Meghan does. That's why she's made all her own money her whole life. And really, The American Public, if you could just see the world the way Meghan sees the world, the right and proper Republican way -- except for the Republican ways of seeing the world that Meghan likes to loudly denounce because, like, she has gay friends and stuff, for example -- you'd understand why it's better to be a Republican. Republicans know that it is just straight up bad for America when people are dependent on other people for anything. Buy your own roads. Pay for your own wars. Fund your own retirement. Get your own rich mommy who inherited money from her rich daddy. That is, like, the American way.