Meghan McCain Has New Teevee Show To Save The Republican Party, And The World! 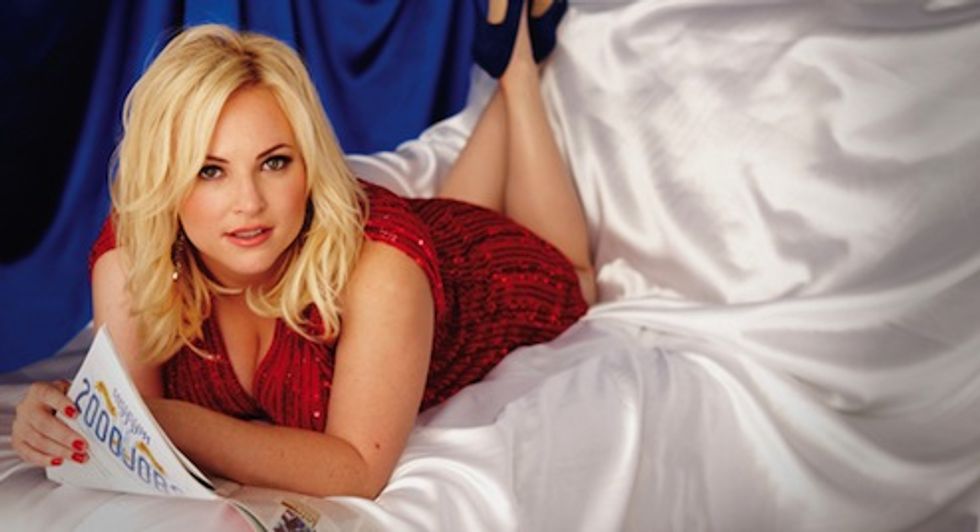 Damnit, Republicans, why don't you listen to Meghan McCain and all her super nifty ideas about how to make the Republican Party, you know, relevant? Sure, most of her ideas come down to telling you how much you suck, but come on. You do suck. And besides, don't you know who the f she is? She has written books -- with words! -- about being Meghan McCain. She has told the world -- like, a thousand times, and you know, we sort of get it by now -- that even though she is proud of being a big ol' "strictly dickly" ho, she is totes fine with The Gays doing gay marriage to each other, unlike some Republicans (cough, her dad, cough). And she has, for years, been trying to single-handedly to save the rotted corpse that is her party from the rotted corpses (sort of like, oh, say, her dad) running it into the ground by telling Republicans how much they suck. But do they ever say thank you? No! That's why she has a brand new TV show to prove once and for all that she is relevant, oh, and also that Republicans are "not all crazy rednecks." ATTENTION MUST, LIKE, TOTALLY BE PAID!

Look, it's not like Meghan thinks the Republican Party is all about her.

Well, okay, it sort of is all about her, but really, who is more qualified than Meghan McCain to explain to all the cranky old white men why Cranky Old White Men Forevah! is not a good pitch to grow the party? She's just trying to help, but do those Republicans appreciate it? Noooo.

Cheer up, Meghan, this totally-not-insane Republican, who is suing the party for $50 or maybe $90 million and a law school education and a conversation with -- that's right! -- Meghan McCain, would like very much to know what you have to say for yourself. But apparently he's not good enough. Lame!

This is why Meghan has a new show. To address important facts and trends and reach out to all the young kids these days with Important Questions -- like "What can the average fucking American do to help everyone?"

We wish Meghan all the best of luck, of course, because the Republican Party certainly does need to change its ways and maybe, just maybe, Meghan's just the maverick's daughter to do it. And then maybe she will save feminism while she's at it: