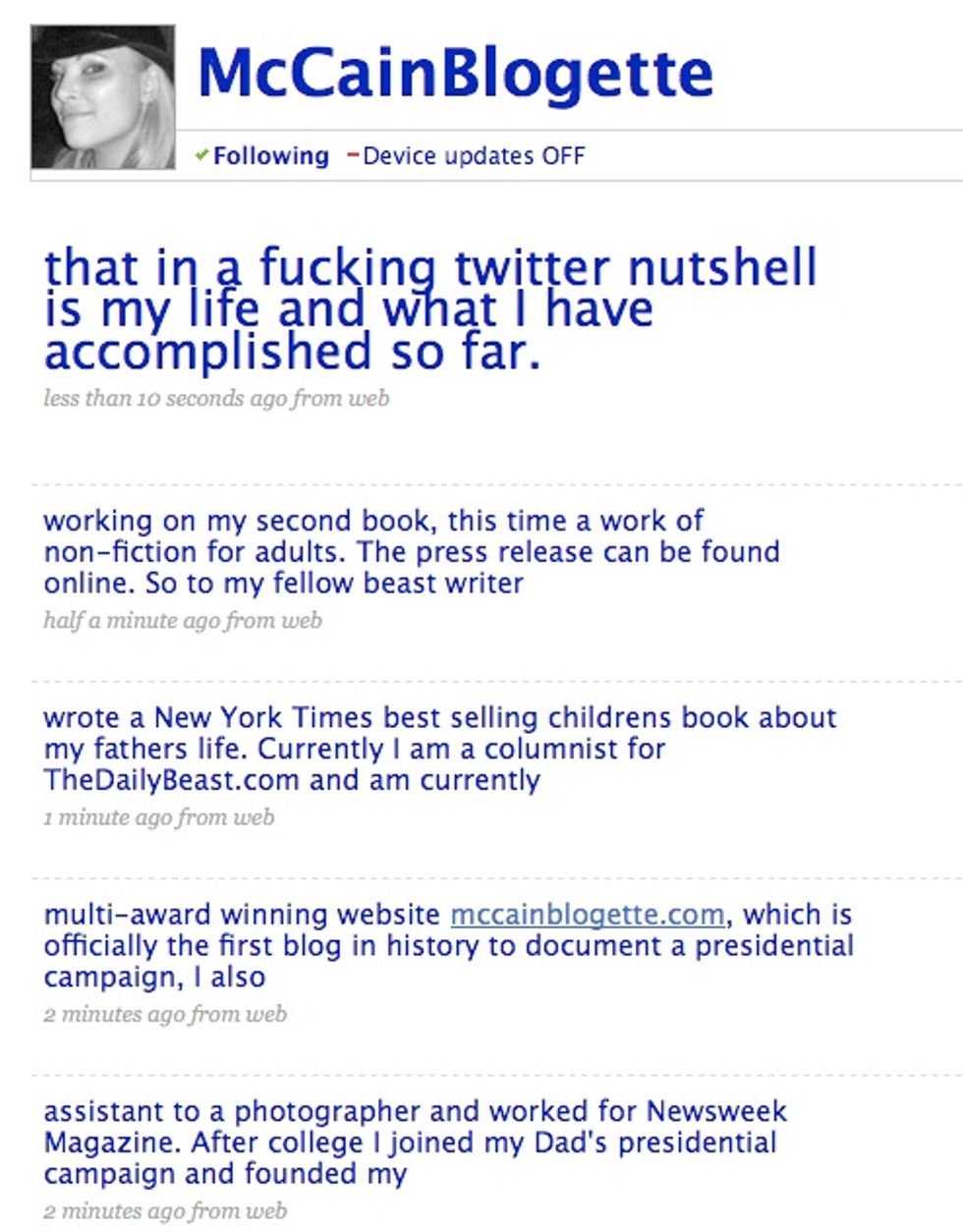 Whoa hey it's Meghan McCain goin' nuts on Twitter! It seems that a "co-worker" of hers at Tina Brown's Death Lion has been talking SHIT about her and how she's never had a job before, something your Wonkette had never considered until now (PSST search "meghan mccain" "unemployed"). This led Meghan to a churn out a 9-twat-long rant listing every job she's ever had, because UMM OMG she's the most employed person ever, bitch? She then SCRUBBED this thing entirely -- because it was insane -- but someone had already e-mailed us the page, which was probably her plan in the first place.

Because Twitter is an awful program, you have to start from the bottom and read your way up, as you would in Hebrew.

Jeepers, she must be really talented!

After the scrubbing, she left this message in the rant's wake:

I am human, I am real and I don't want to become a scripted, emotionless pundit. I say what I think and I am who I am, that is it.

26 minutes ago from web

Then stop deleting your rants! AMERICA NEEDS YOU, MEGHAN.