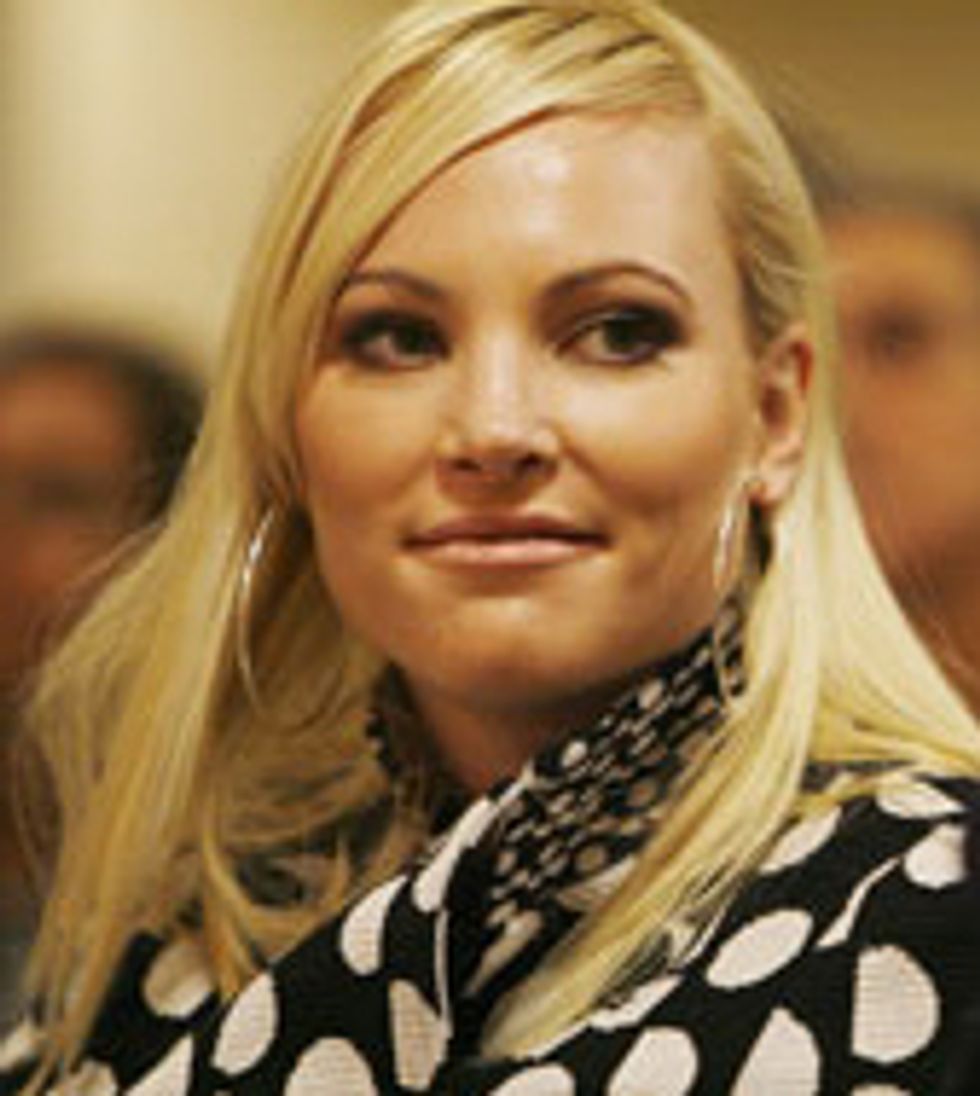 It is thepolitical news of the century, and the New York Observer has WON THE AFTERNOON: "Meghan McCain's Book Sold to Hyperion For High Six Figures." Yup! Somehow her insanely terrible Daily Beast/cable news media sojourn has worked, and now she is rich as the dickens, all over again. So what's the book about? Will it be like her columns? "Umm Hey Government Guys? This Ahmad Chalabi Dude Is Totes Lying To You?"

HERE'S WHAT HAPPENED. Her daddy literally called his friend "Flip" at an agency called "Sterling Lord Literistic" to demand that he make his daughter more richer with an imaginary book about nothing.

John McCain's 24-year-old daughter Meghan has a book deal! Sources say Hyperion has prevailed over at least three other publishers in an auction that began earlier this week, following a round of meetings during which the in-your-face young conservative and the literary agent she shares with her father, Sterling Lord Literistic president Flip Brophy, discussed a number of possible approaches to the book with editors around town.

Several sources said the advance Ms. McCain will receive from Hyperion, which is owned by the Disney Company, is in the high six figures.