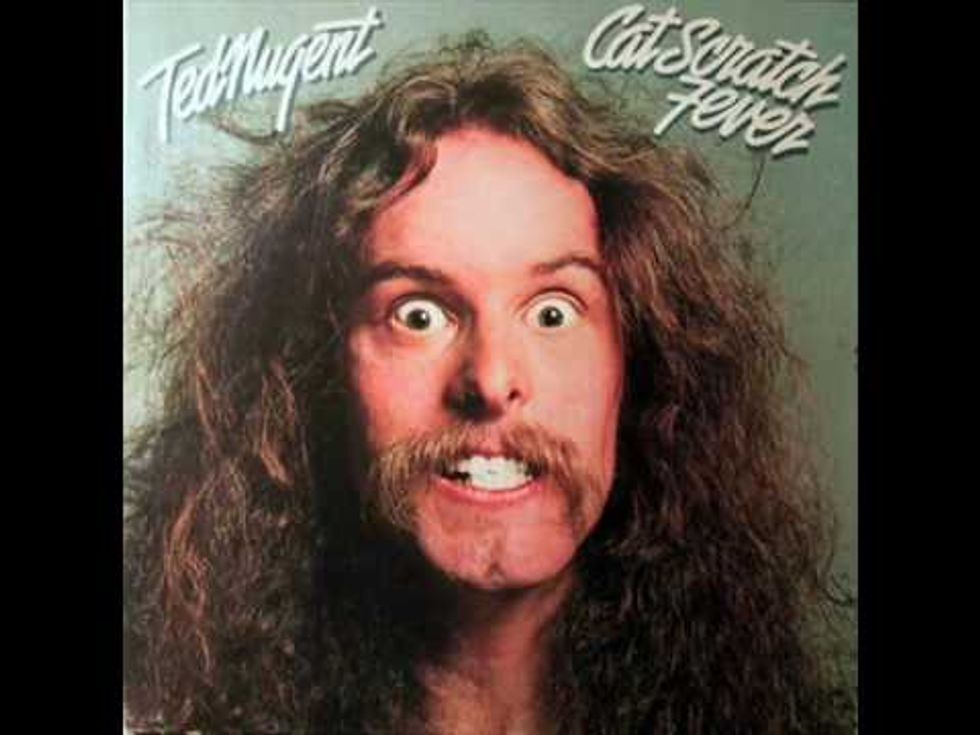 A song about Megyn Kelly, apparently.

Well, this argument about whether Donald Trump or Megyn Kelly is the biggest sexist is officially OVER, even more than when Bristol Palin finally commented on the situation, because Ted Nugent has spoken, and what do you know, he said something really gross. You see, he COMES down on the side of Donald Trump, except for when he's CUMMING on his television, because Megyn Kelly is on the screen, being all dreamy-like, and the combination of that, and the phallic gun in his hand, and the fact that he is SITTING THERE NAKED, just overtakes his NOOOOGE Peen, and he can't help but squeeze off a couple rounds. Rich Lowry only WISHES his Sarah Palin Penile Starbursts had this much muzzle velocity:

During an Aug. 12 appearance on WIBX's Keeler in the Morning, Nugent defended Trump, whom he says is his favorite presidential candidate, by making crude comments about Kelly and suggesting she may be becoming "stupid."

Nugent said, "I'm a big fan of Donald Trump because I believe in bold, aggressive, unapologetic truth. Period. And I'm not a fan of Megyn Kelly, although I often turn on Fox just to look at her. Sometimes when I'm loading my [gun ammunition] magazines, I like to just look at her. And I usually sit naked on the couch dropping hot brass on my stuff."