Michael Dukakis Just Stone Cold Trash-Talking Everybody At The DNC 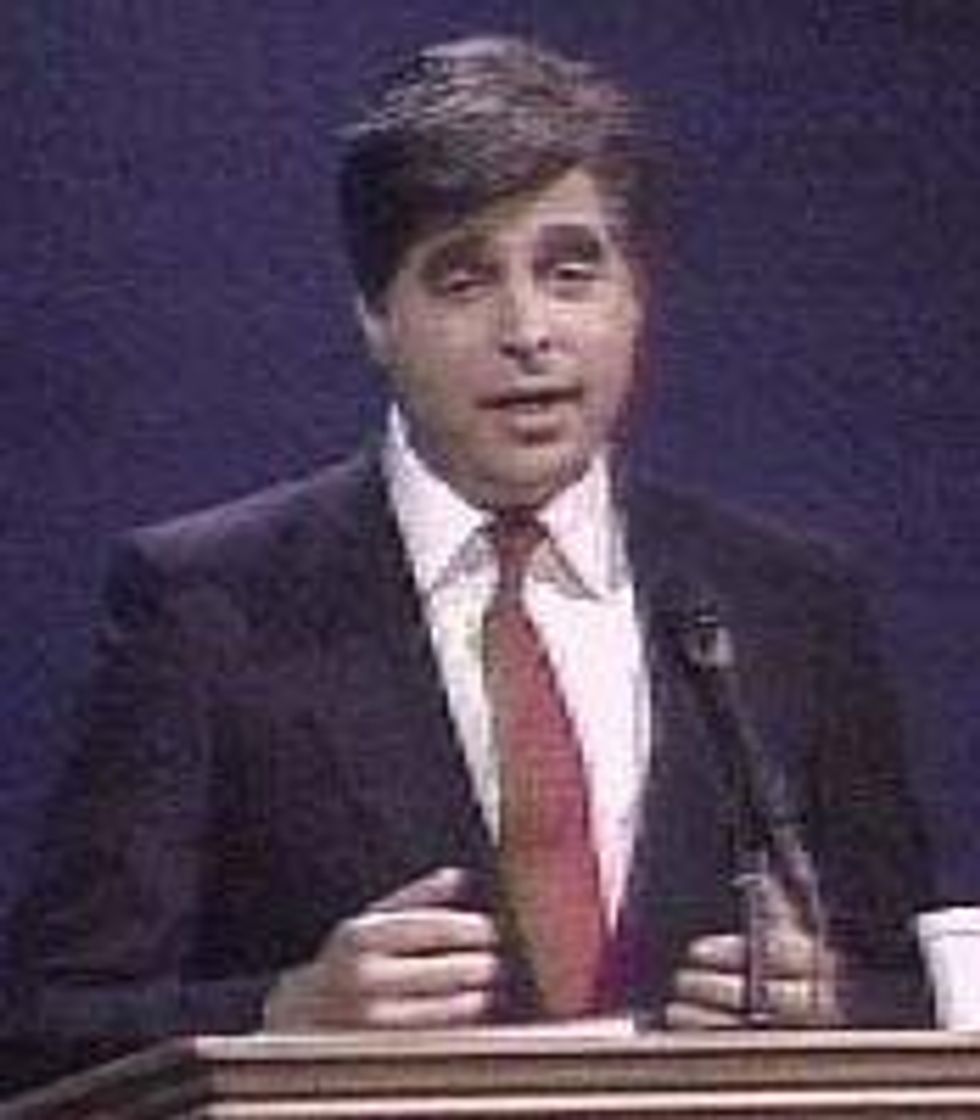 One of the fun/awkward things about the party conventions is seeing how they deal with loser candidates from years past! Like, Jimmy Carter, an actual former president, was only allowed to address the DNC via video, so that they could cut him off if he started chanting "Death To Israel" or whatever. But what about whatshisname, the little guy, lost in 1988, never got to be president in the first place -- yeah, Michael Dukakis! Him! Apparently he's roaming around the convention and was even allowed to give a speech of some sort to ... people eating breakfast ... or something? The Boston Globe article about it helpfully provides zero context, but that's OK, because it does report all the mean Dukakis zingers! Mrow!

According to the Globe, Dukakis, who was governor of the same liberal hellhole state that Mitt Romney ruled some years later, has a "famously blunt speaking style." We will take their word for it, because your editor is not old and thus doesn't remember much about the '88 campaign (although he did do a bit for his 9th grade shop class where he rapped the Tone Loc classic "Funky Cold Medina" as if Michael Dukakis were doing it, and it killed). Nevertheless, these nuggets do seem to support the assertion:

Haha, Dukakis says that Ray Flynn is an old woman with menopause! Anyway, if anyone spots George McGovern or John Kerry wandering around Charlotte muttering insults under their breath, please let us know. [Boston Globe]