Michael Grimm Did Not Have Sexual Relations With That Woman, Commit Perjury, Wire Fraud, Tax Evasion 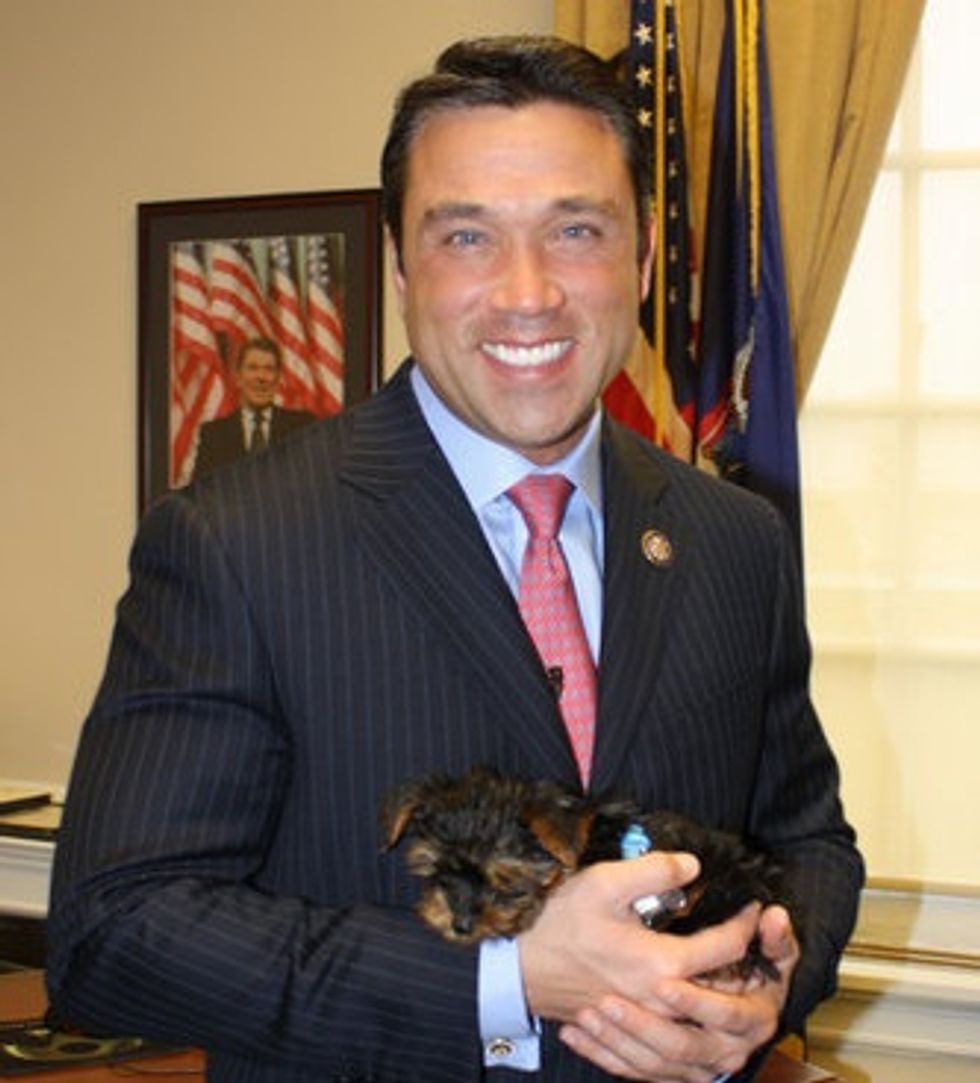 We were pretty excited yesterdayreading about the impending indictment of Rep. Michael Grimm (R-Staten Island, FUCK YOU BUDDY!) on federal charges. The only mystery was the nature of the charges, since prosecutors had not yet unsealed the indictment. Because a frisson of excitement runs up our spine anytime the words politician and indictment appear in close proximity to each other, we were pretty stoked to speculate about Grimm’s crimes. Maybe he had gone full Jesse Jackson, Jr. Or maybe his entire campaign had been funded by some foreign entity like Hamas or China, though honestly we’re not sure that’s really illegal anymore (thanks, Roberts Court!). Or maybe it was some old-fashioned blackmail that Grimm has been paying to keep some teenaged Congressional page from revealing that the honorable congressman had given her a raging case of herpes after a drunken assignation in a Rayburn Office Building men’s room, as public bathroom sex is one of Grimm’s known proclivities. So many possibilities.

Or it could be that reliable standby, tax fraud. Woo hoo, tax fraud!

Here’s the story: for the four years preceding his election to Congress in 2010, Grimm owned and ran an Upper East Side restaurant called Healthalicious, which he allegedly staffed with illegal immigrants he could allegedly pay under the table, which allegedly allowed him to underreport the amounts he was paying in wages, thus allegedly dodging large payroll tax bills to both the federal and state governments. (All uses of “allegedly” in the preceding sentence brought to you by Wonkette’s in-house legal counsel, an incontinent parrot we rescued before the homeless guy out in the alley could eat him.)

Later, when two former Healthalicious employees sued Grimm, alleging that he had paid them less than minimum wage, the congressman (allegedly!) lied under oath during a deposition about his payroll practices. He is also alleged to have hired two people to help him with this scheme while he was busy with his first run for Congress, and to have delivered his instructions on how much (or how little) cash to hand out to employees during pay periods via an AOL email account, which should be grounds for stoning on the National Mall on live television right there.

After pleading not guilty in court on Monday to twenty counts of, among other things, perjury, wire fraud and being an enormous cock nozzle and posting the $400,000 bail, Grimm said all the usual crap about the whole investigation being a “witch hunt” and a character assassination meant to get him out of office, yadda yadda yadda. We would be remiss if we didn’t include this description from the New York Times about Grimm’s statement to the press.

Mr. Grimm’s comments came after a brief, but bizarre, chase scene outside court. His lawyers, Elizabeth S. Kase and John L. Kase of Kase & Druker, had indicated he would talk to the news media, but when the congressman left the courthouse, he ignored dozens of cameras and the shouts of reporters, and walked away.

Mr. Grimm would be talking in 15 minutes, the lawyers explained, but at a location of their making: a lectern they had set up in front of a nearby veterans’ plaza, the lectern decorated with the Great Seal of the United States.

Nothing potential jurors like more than a congressman accused of twenty counts of heinousness wrapping himself in the flag while he blames criminal charges on a mysterious conspiracy. He should have thrown in a “Benghazi!” while he was at it.

Also Grimm announced he is temporarily stepping down from his seat on the House Financial Services Committee because YA THINK?