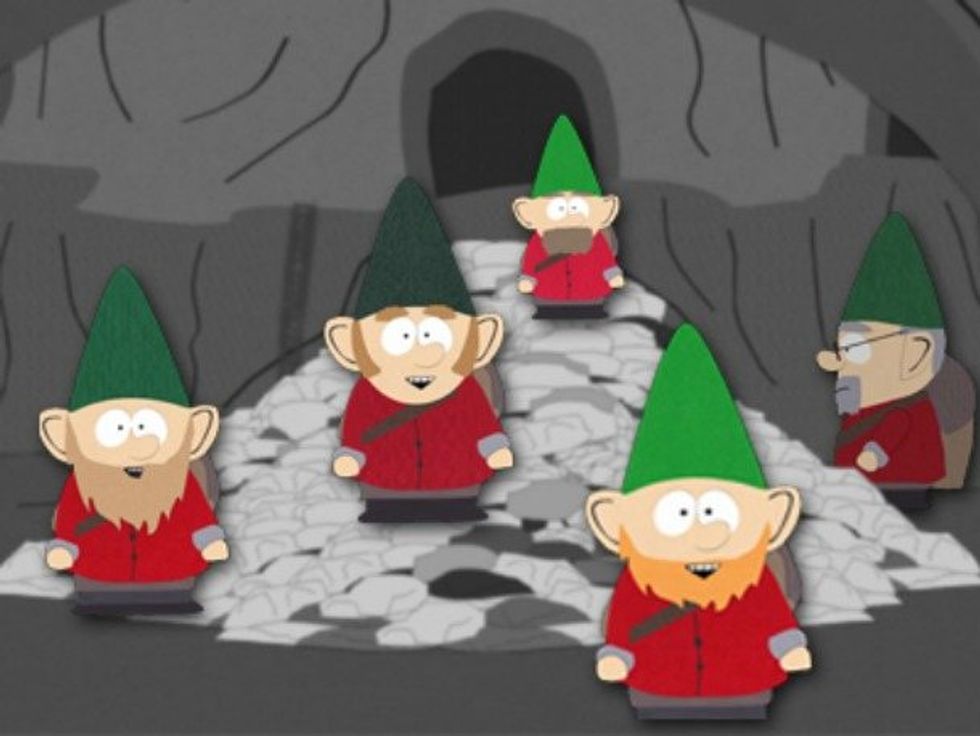 In a move calculated to ratchet up international tensions, former congresswoman Michele Bachmann told reporters Friday that she was advising Donald Trump on foreign policy. How international currency markets haven't immediately collapsed is a wonder to us. Mr. Trump was in Minnesota for a fundraiser and rally at the Minneapolis Convention Center, because he apparently thinks Minnesota is a really competitive state for him. Which makes every bit as much sense as seeking the foreign policy expertise of Michele Bachmann. Guess now we know why he doesn't need those silly intelligence briefings he doesn't trust anyway.

According to Minnesota Public Radio, Bachmann explained that she's been advising Trump on matters involving foreign policy and the concerns of conservative Christians; she is already on Trump's "evangelical advisory board," where she helps him pretend to know something about the faith he holds so very deeply. She said she's very happy Trump will restrict immigration, presumably because Jesus was so big on keeping a tight rein on the poor and downtrodden.

“He also recognizes there is a threat around the world, not just here in Minnesota, of radical Islam,” she said. “I wish our President Obama also understood the threat of radical Islam and took it seriously.”

See? She knows the magic words! It is not known whether Bachmann has shared with Trump her private theory that the Obama administration is full of radical Muslims, or warned him that Rep. Keith Ellison is an "openly, avowed Muslim" as well. It seems reasonable that she at the very least has shared her concern that Barack Obama's post-presidency plans include becoming head of the United Nations, and then the Antichrist. If nothing else, Bachmann can rest assured that if Donald Trump is actually elected president, her credibility as a prophet of the End Times will surely be enhanced.

While Trump's rally was not open to the public -- it was a big-money fundraising event, with tickets ranging from $1,000 to $10,000 -- portions of his speech were streamed via the Periscope phone app, according to the Minneapolis Star-Tribune.

“If I could win a state like Minnesota, the path is a whole different thing,” Trump told the cheering crowd. “It becomes a much, much different race. We’re going to give it our ­greatest shot.”

Wearing a blue blazer, open collar and white baseball cap, Trump said he has “so many friends” in Minnesota and vowed to return “a lot.”

The Star-Tribune duly noted that the last time Minnesota voted for a Republican presidential candidate was 1972, when its electoral votes went to Richard Nixon. It did not add that if Trump could win Minnesota, then surely a frog could grow wings so it wouldn't bump its ass when it hops.

In addition to his excellent skills when it comes to being afraid of Muslims, Bachmann also touted Trump's boorishness and financial acumen as reasons to support him:

“He’s a common-sense guy, not into political correctness,” Bachmann said. “He has turned businesses around, and that’s what he wants to do with the country.”

Donald Trump's Only Public Company Went Bust While Trump Got Rich Off It. Isn't That A Heck Of A Thing?

Donald Trump actually took one of his companies public in 1995. It went belly-up after a decade, but Donald Trump made out like a bandit. Imagine that!

It was unclear whether Bachmann was referring to the time Trump's single attempt at a public company went belly-up, leaving shareholders with worthless investments, or the multiple times he's refused to pay his bills, ruining smaller businesses. Maybe all of it. Either way, he'll do it to the rest of America, hooray!

Following the fundraiser, Trump did not take any questions from reporters, and was whisked away to the airport in a motorcade which was reportedly escorted by a quartet of four spectral horsemen, one of whom carried a scythe.