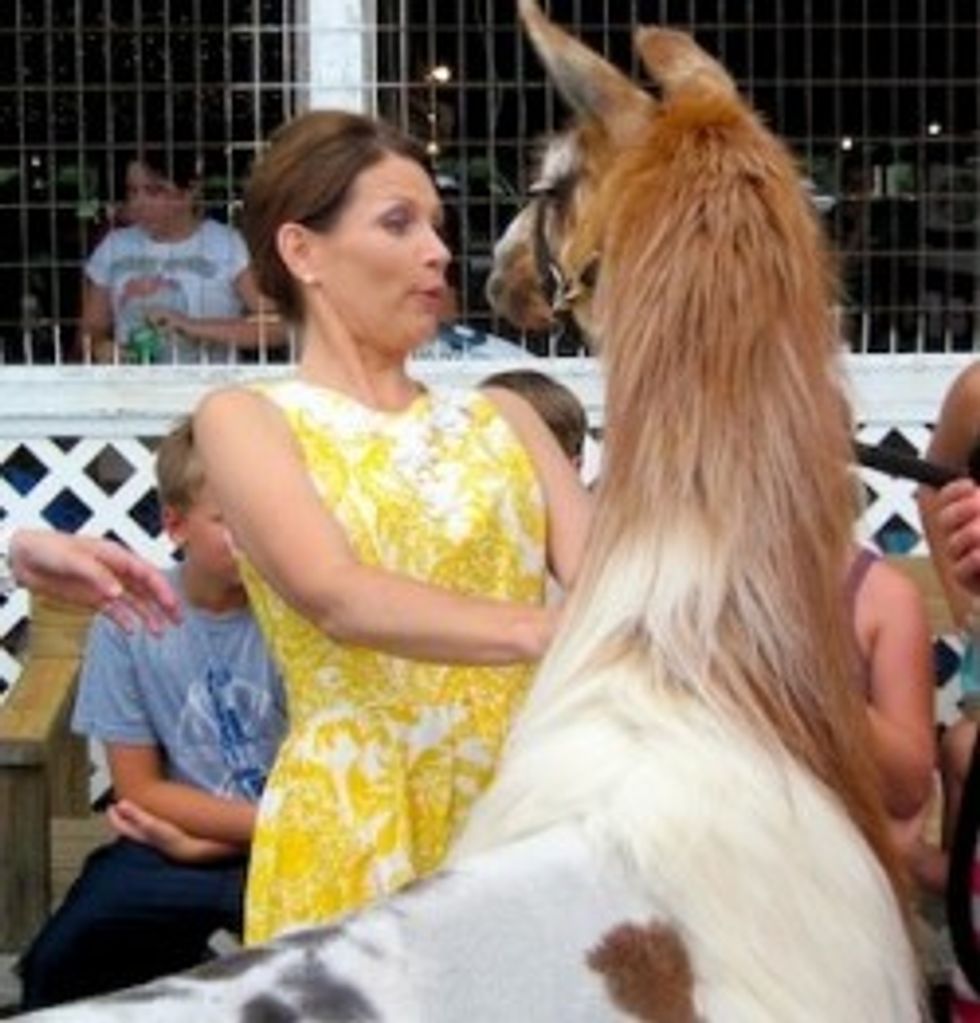 Forgotten succubus Michele Bachmann crossed a new desperation milestone today with a cryptic and paranoid attack whereshe claimed that there are secret unnamed Republican fiends who are "frugal socialists," declined to explain what those are or who exactly makes up this shadowy cabal of right-wing Leninists, and then promised to root out socialism in the GOP and America. When one reporter asked the obvious what in the hell are you talking about follow-up question, she gave an evil grin and said, "that's part of the puzzle that you figure out when I give a speech." Thanks, dingbat Yoda, but that is not how presidential campaign communications work.

Oh, no matter. It's fun! Well, the stab-in-the-dark missing puzzle piece here is that Michele is too chicken shit to call out her Republican presidential primary rivals by name for their, uh, socialist policies and platforms, because Michele has no idea what either "socialism" or "policies" actually are, so she made up some weird conspiracy theory to sound ominous. She has the hang of it! Here's another strange aphorism she offered up in this same speech, via The Hill:

"If anyone will not work, neither shall he eat," she said, invoking a passage from the Bible's New Testament.

There you have your riddle to unlock the key to your suffering, starving masses, straight from the Jedi master herself. [The Hill]