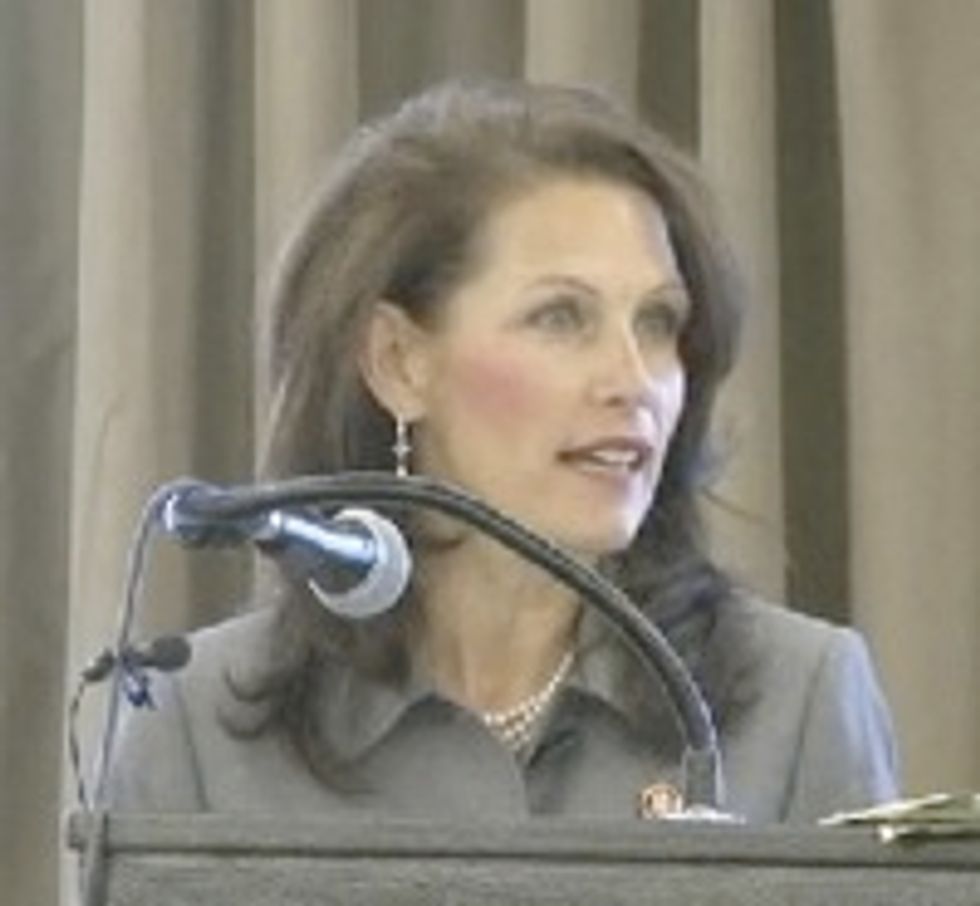 OH BLAST YOU Congressional poll trackers, why will you not doa fresh poll of Minnesota District 6? Congresswoman Michele Bachmann's opponent, a rare Upper Midwestern wood sprite of the species tinklenbergus,may be winning by zillions of points after Bachmann's Friday-night meltdown on Hardball. Or maybe not, who knows! But one thing is for certain: Bachmann keeps having to explain herself, and it is not getting any easier.

A nifty little video here shows Bachmann explaining to some local reporters how saying she was "concerned that Obama may have anti-American views" in no way impugns or questions the senator's patriotism. Also: Chris Matthews is a mean man who "laid a trap" for her. She says she'd never seen Hardball before, which we find difficult to believe, given her well-established reputation as a media whore.

Side note: Michele Bachmann is a very pretty lady, but it is nearly impossible to get a photograph of her not looking like a duck-faced lunatic. How can a person look perfectly fine in a video and then look like an insane clown in a still? Is it the eyes?

Bachmann: 'I made a misstatement' [Star Tribune]