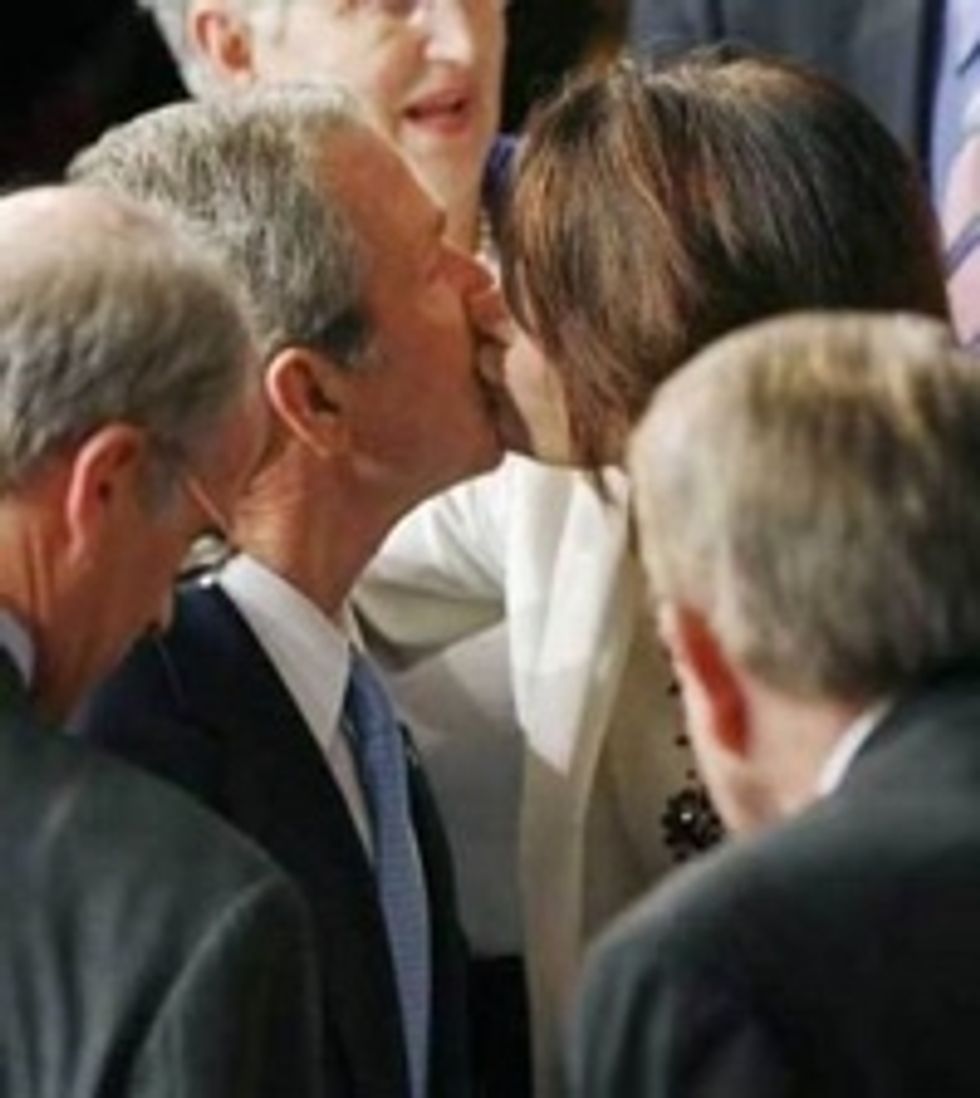 Well, looks like Hillary Clinton can relax, she will not get inpeached for murdering all the Libyan ambassadors even before her election and swearing in. But why won't she get inpeached, when she finally got her two a.m. phone call and jumped into action to personally fly to Benghazi and do murder? She will not get inpeached, because according to America's Sweetheart Michele Bachmann, it wasGOD what did Benghazi. GODDDDDDDDD!!!!!1!

Here is the girl -- well, you know what kind of eyes she got! -- leading a prayer about how God hates our nation (and probably fags).

Our nation has seen judgment not once but twice on September 11. That’s why we’re going to have ‘9/11 Pray’ on that day. Is there anything better that we can do on that day rather than to humble ourselves and to pray to an almighty God?

So if Benghazi was God's judgment on America (for what, Ms. Bachmann does not say, so we are going to go with "for Abu Ghraib" as that is doubtless what she meant), then that means Hillary Clinton is God's Smiting Angel, doing His work with her fiery sword.