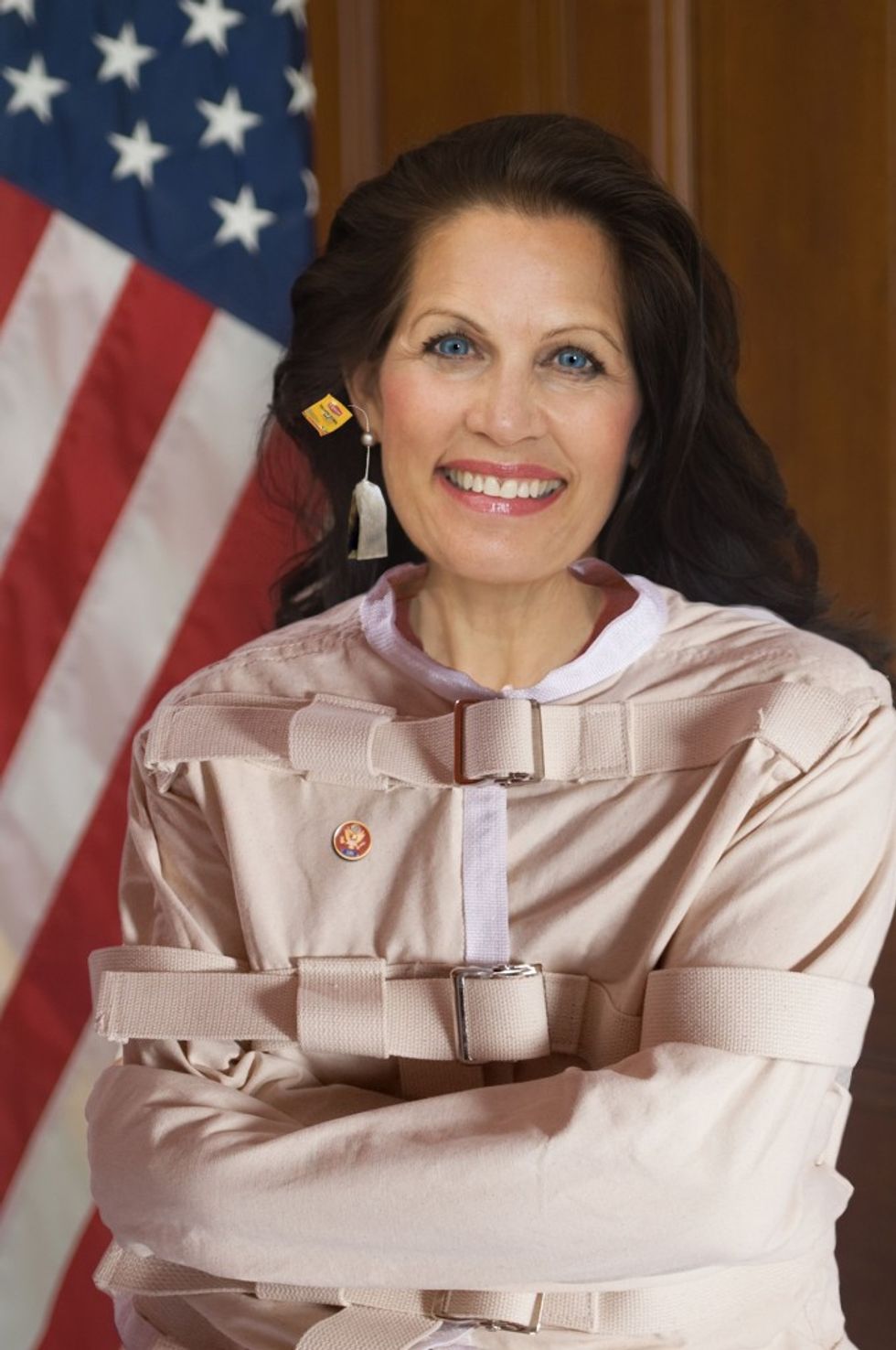 When Michele Bachmann pictures the minions of Satan come to antagonize her for her rabid anti-gay views, does she picture shrieking hippie ladies with glitter? Yeah, that sounds about right. There is an interesting mirror quality to it, no? Bachmann was crossing a stage at the RightOnline forum in Minneapolis when a gay rights activistcame at her with a handful of glitter. However, Michele walked through this terrible gauntlet of devil fury relatively unscathed because satan's minions appear a little low on their sparkle fuel lately. Tim Pawlenty and Newt Gingrich were first to start the exclusive glitter-bomb club, but they got "glittered" a hell of a lot more, probably because their force field of anti-gay hate was impure. Michele will always win on that one. Watch the video after the jump: