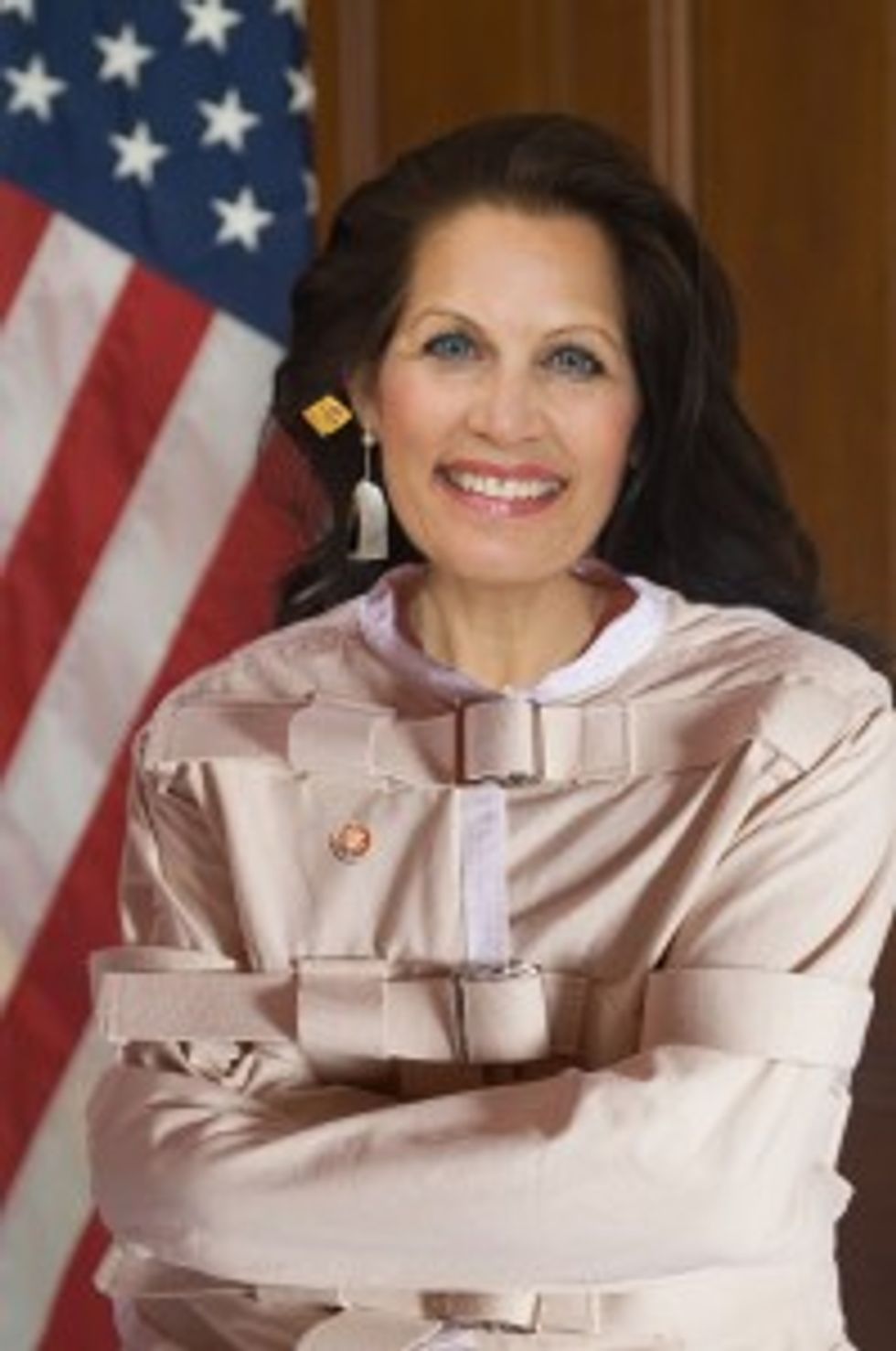 Heartfelt chuckles and patronizing sighs were enjoyed by all when Michele Bachmann told a New Hampshire crowd on Saturday, "You're the state where the shot was heard around the world at Lexington and Concord." (New Hampshire is also the state where United States Marines "raised the flag at Iwo Jima.") It was an honest mistake -- only a fool would believe that someone in China could hear musket shots fired in New Hampshire approximately 1,000 years ago. But alas, the media reported this gaffe anyway, proving once and for all that there is a blatant liberal bias in the media. Michele Bachmann is hardly surprised though, since she's already well aware that "the 3,400 members of the mainstream media are a part of the Obama press contingent," whatever that means. This news story is a biaswithin a bias, which is the plot of Leonardo DiCaprio's next romcom thriller.

But can Michele Bachmann support her whining with evidence? You better believe it:

Bachmann highlighted moments when President Barack Obama misspoke as a candidate. In one instance, in May 2008, then-Sen. Obama said, "Over the last 15 months, we've traveled to every corner of the United States. I've now been in 57 states? I think one left to go."

Later in the day, Obama told reporters that he misspoke.

"Of course, that wasn't considered newsworthy," she said of Obama's remarks.

So basically there is a huge pro-Michele Bachmann bias in the Jew-run mainstream Islamic homosexual media, and Peter King must investigate Michele's brain STD before there is another 9/11, the end. [CNN]