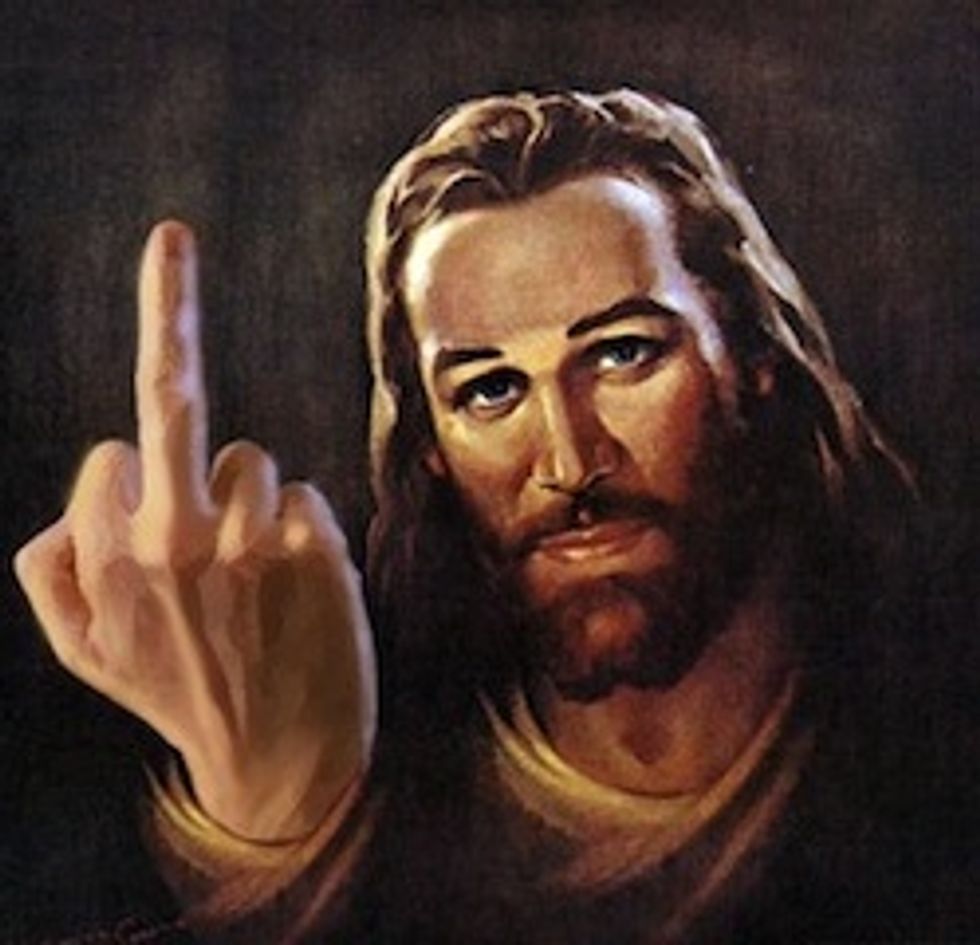 Who could have EVER guessed that the lady who stomps around Washingtonaccusing high-ranking aides of being terrorists might not necessarily be the best person to make business deals with? Turns out it could be... true.

Rep. Michele Bachmann, she of the terrifying blank stare and razor-thin 2012 victory, is being accused of refusing to pay five campaign staffers because, according to Salon, they "refused to sign a nondisclosure agreement that would bar them from discussing any 'unethical, immoral, or criminal activity' they witnessed on the campaign with police or reporters."

How dare they not sign the "Don't Snitch On Us For Breaking Laws" contract! How long could they hold out, really? Well, turns out they worked the Iowa straw poll, so more than a year.

Dr. Waldron continued by saying, "I feel a moral obligation to see that my Christian brothers and sisters are paid for worked performed in good faith. I've continually communicated by telephone and email with Mr. Pollack for 1 year but he broke every promise made to me to pay the staff. I appealed to Dr. Bachmann for help. I appealed to Representative Bachmann's Chief of Staff Robert Boland to intercede with Mrs. Bachmann on behalf of her loyal Iowa staff -- all of whom are married, all have children."

They are married. They need the money for PRAYING. He also does the classic Press Release Conclusion, and does not get less weird:

"It is sobering to think that a Christian member of Congress would betray her testimony to the Lord and the public by withholding earned wages from deserving staff," Dr. Waldron concluded.

Come on, Ms. Bachmann. You're a CHRISTIAN! Quit acting like one of those other things that deserve to be publicly accused of things for no reason. When you hire workers it is testimony to the Lord, and you have to pay them. But do NOT get them health care, no. The Lord does not want that, and you should repeatedly submit legislation to repeal Obamacare. It's what He would want.