Michele Bachmann Thinks Her Dirty Autograph Is Worth $125 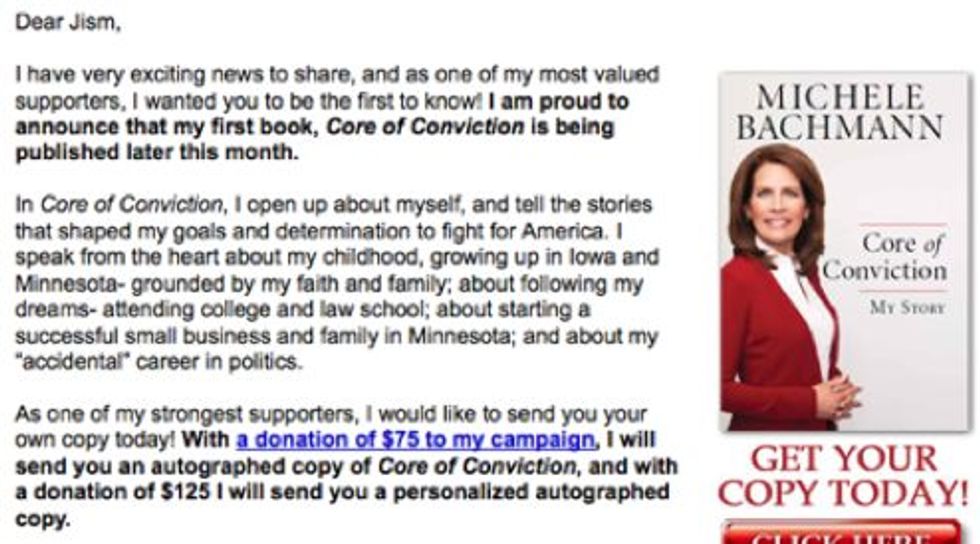 “She’s still saying the same things she said in the first the debate. There’s no substance. She says, ‘I’m going to repeal Obamacare.’ But she’s been saying that from Day 1. I told her: That’s your Tea Party speech, now you have to say what you’re going to do next.”