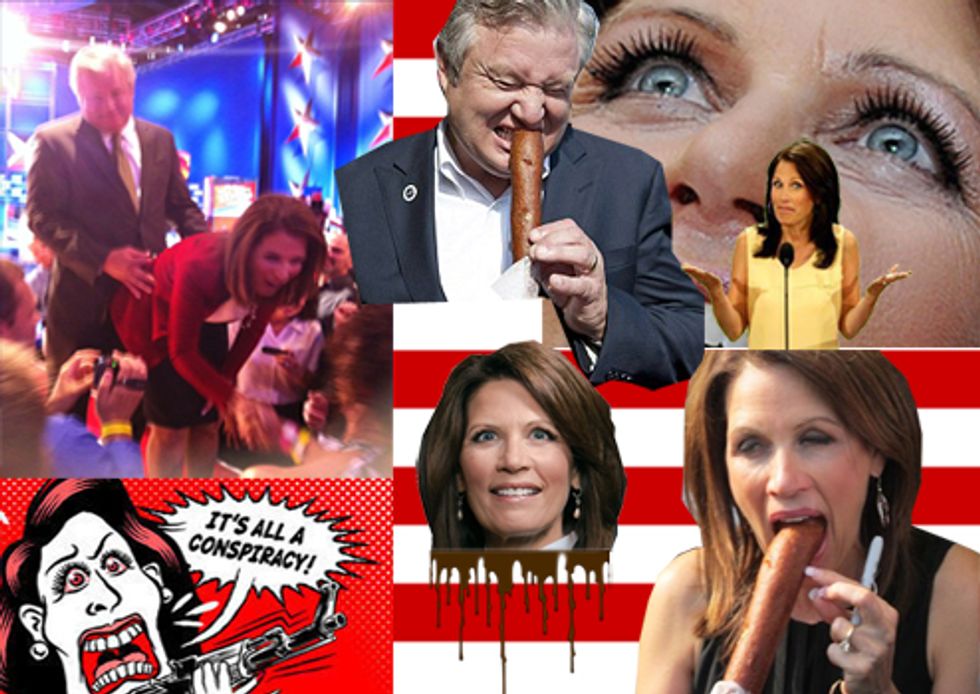 Famous head case Michele Bachmann held an unprecedented meeting with "reality," which has sadly and inevitably led to the announcement that she is dropping out of the presidential campaign. Poor Marcus Bachmann will never get to be First Lady, after all!

What with Herman Cain already gone from the race and Rick Perry about to quit, and for god's sake even Sarah Palin didn't bother to run, GAH this election season is not looking good, for comedy.

Rep. Michele Bachmann is suspending her presidential campaign, said a senior Republican official with direct knowledge of the lawmaker’s plans.

The official, who spoke on condition of anonymity, said the Minnesota lawmaker, a favorite of the tea party wing of the party and a harsh critic of President Obama, realized after her sixth-place finish in Iowa’s caucuses that “there was no viable way forward.” By suspending her campaign, Bachmann is effectively dropping out.

So... now she will return to space? Or, probably just to her job of collecting a paycheck in return for refusing to show up for work, like all the other Republican losers who have so effectively managed to monetize "doing nothing," besides incessant jabbering about how everyone else in America is refusing to work hard. It's not a bad back-up gig to running for President!

Then again, there's always room for a lunatic Republican woman in the Vice Presidential slot on the ticket, MAYBE? We can always "hope." [National Journal]