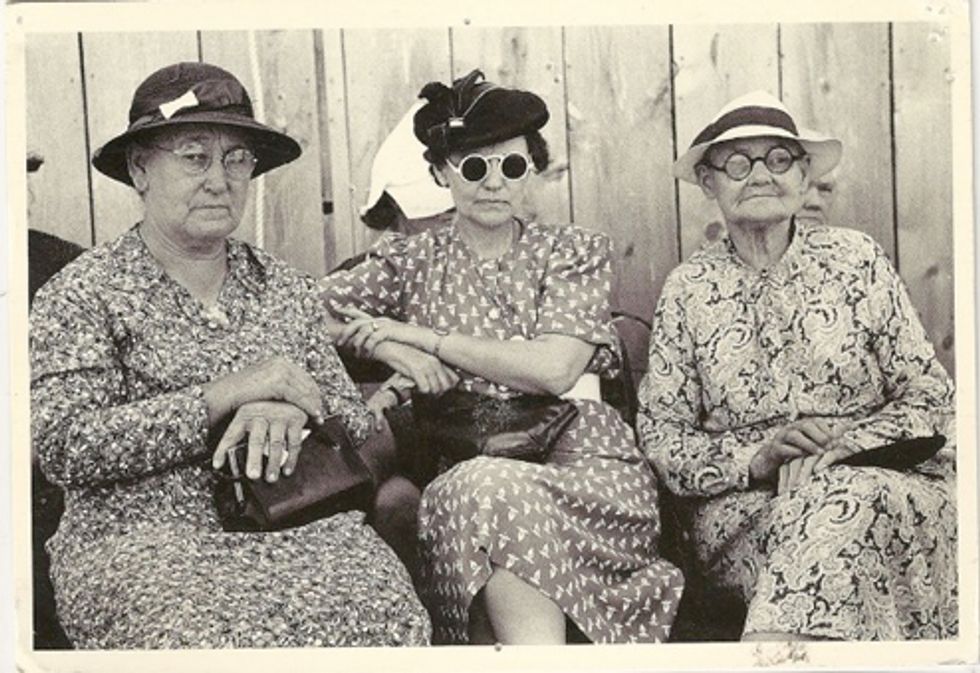 Michele Bachmann took a courageous stand todayagainst authorizing a National Women's History Museum that's proposed for the National Mall. We know the gals like shopping, but instead of the Mall, wouldn't a better place be the National Kitchen? We're just glad there's a woman willing to stand up and say no to women's history, because it's not really women's history, it's feminist history, and feminists are not ladies. Also, we will say "make me a sammich" right here in hopes it will reduce the number of times that phrase shows up in the comments.

Bachmann prefaced her remarks by saying "all Republican women are pro-women," because apparently that is something she wanted to get on the record. She opposes the museum, however, not because she is against women or even history (despite her own decidedly spotty performance in the field of "knowing things at all"), but rather, because she is quite certain that this alleged "women's history" museum is actually a way of sneaking a National Feminist Museum onto the Mall. And maybe because she's concerned about the mysterious 2-floor section on the blueprints labeled only "Abortionplex and Gay Weddatorium -- Top Secret." Said the Minnesota forced-birth advocate,

Bachmann added that the museum, if built, would “enshrine the radical feminist movement that stands against the pro-life movement, the pro-family movement, and pro-traditional marriage movement," because dammit, conservatives own the family, and how dare those diesel dykes think their little pretend Boston Marriages are anything like a real family? At least she stopped short of the brilliant thought from Fox News anchor Jon Scott, who wonders whether there'll ever be a men's history museum, too, huh?

The museum already has an online version as it seeks funding and authorization for a place on the Mall. Happily, Bachmann is totally not fooled by the museum planners' inclusion of her in an online "Profiles in Motherhood" exhibit. She said that while, sure, she's "honored" and stuff, she is not going to let some pretty words about motherhood deceive her, because she is deeply concerned that any worthy exhibits are "clearly the exception and not the rule.” How does she know that once she votes to authorize construction, the museum won't just remove all the nice things about motherhood and replace it with pages urging women to leave their husbands, kill their children, practice witchcraft, and destroy capitalism?

Bachmann was particularly disturbed that the museum honors Margaret Sanger, who Bachmann called an "abortion trailblazer." Sanger actually opposed abortion, albeit more out of concern for women's health than for moral reasons. Why, that's the sort of thing someone could maybe learn at a museum exhibit, even. Ah, but we quibble -- Bachmann is very worried that the legislation authorizing the museum

lacks the necessary safeguards to ensure the proposed museum will not become an ideological shrine to abortion that will eventually receive federal funding and a prominent spot on the National Mall.

Design proposals for a national shrine to abortion are, of course, welcome at tips at Wonkette dot com.

Follow Doktor Zoom on Twitter. He refuses to visit the National Air and Space Museum because it denigrates railroads.