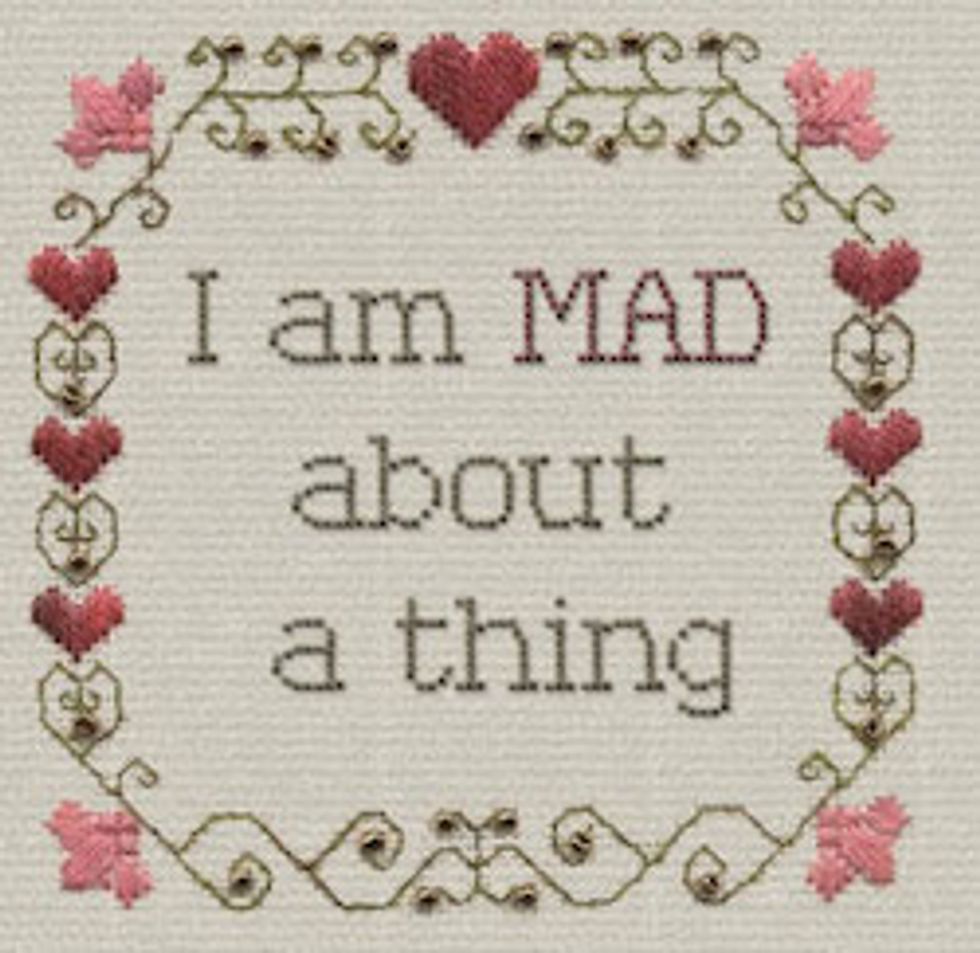 It's going to be a sad day in America when we don't have Rep. Michele Bachmann to make us die of laughter anymore because she is retiring from Congress to spend more time standing up for oppressed heterosexuals, defending herself against those pesky ethics violations charges, and helping her faaaaaabulous husband pick out "doggie sunglasses" for their dog Boomer, which, let's face it, is probably some kind of TMI not-safe-for-work euphemism we should all just try to forget. Unless, of course, she can persuade some Republicans to beg her to run for president in 2016, and yes please, pretty please, because we all had such a good time when she ran in 2012 and "didn't get anything wrong," other than all the stuff she did get wrong, which is exactly why we Team Blue types should be #ReadyAsFuckForMichele, awwwww yeah.

"Now President Obama is trying to bring all of those foreign nationals, those illegal aliens to the country and he has said that he will put them in the foster care system," Bachmann said. "That's more kids that you can see how - we can't imagine doing this, but if you have a hospital and they are going to get millions of dollars in government grants if they can conduct medical research on somebody, and a Ward of the state can't say 'no,' a little kid can't say 'no' if they're a Ward of the state; so here you could have this institution getting millions of dollars from our government to do medical experimentation and a kid can't even say 'no.' It's sick".

Oh, Michele. Michele, Michele, Michele. It really takes a special kind of special to consider yourself the patron saint of children -- did you know she fostered 13 billion of them that one time because she sure never tires of reminding us? -- while at the same hating the square-dancing crap out of those disgusting "illegal" children, whom, she is quite sure, are being imported by President Obama to rape and murder and mutilate our college students and car accident schoolchildren to death, but also, we must protect them, bless their little illegal hearts, because President Obama is channeling his inner Dr. Mengele and planning to do medical experiments on these children, poor things who are here to DESTROY AMERICA, and no, no I do not understand what she is saying, but then again, neither does she, that is why she is a special kind of special, and we will all miss her when she is gone, which is why #ReadyAsFuckForMichele, awwwww yeah.

The wingnut theories on Obama's False Flag Distraction Plan to DESTROY AMERICA by importing innocent and/or disease-ridden raping, murdering drug-muling brown kids, so we'd better deploy the troops to the border or at least buy those kids some first-class airline tickets home, are getting worse and worse every day. It would be nice if Republicans could at least work together to get their stories straight on how Obama is tyranting us with his immigration policies, because it's all starting to get very confusing. Perhaps a Very Extra Special Congressional Committee is in order, and it could be chaired by Michele and her similarly addle-minded colleague Rep. Steve King, who is basically the Michele Bachmann of Iowa but with a penis (allegedly). King's pretty sure Obama is secretly, through mass advertising, convincing not-American parents to load their kids up on slut pills and put them on the death train down the rape path, because that makes perfect sense. Toss in Rep. Louie Gohmert, with his not-wrong-or-insane-AT-ALL ideas that Obama is bringing those children here to infect us all with their dirty not-American diseases, and they can use their one collective brain cell to come up with a Grand Unifying Theory so we can finally, once and for all, understand this whole border crisis situation and whether we should love these children or hate these children or just start drinking and set everything on fire.