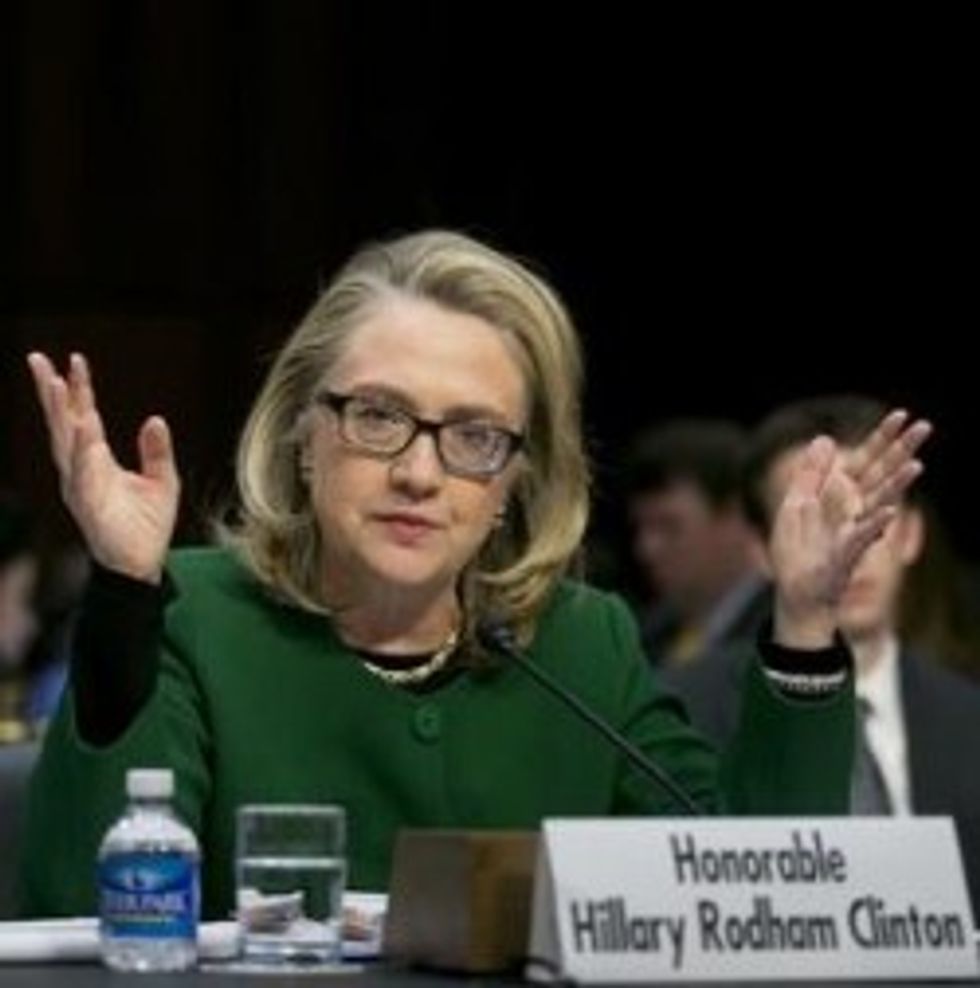 Tiny rage-fueled harridan Michelle Malkin is VERY MAD you guys! EXTREMELY MAD. Yr Wonkette is aware that this is typically no news whatsoever, but today she is mad at the GOP for being "sychophantic" to...wait for it...Hillary Clinton.

Did Michelle Malkin see the same hearings we saw yesterday? The one where Rand Paul said he would have "relieved her from her post" in the imaginary land where Rand Paul is president? The one where John McCain blather-berated her endlessly, while silently seething, STILL, that he is not president? Michelle Malkin did not see these things! Instead, she saw a land where the GOP was just TOO DARN DEFERENT.

Conservative columnist Michelle Malkin expressed her disappointment with Congressional Republicans in an interview with the hosts of Fox & Friends on Thursday. She said that too many GOP members of the House and Senate who had the opportunity to grill Sec. Hillary Clinton on Wednesday failed to mention the YouTube video which was initially blamed by Obama administration members for igniting a protest which led to the Benghazi attack.

“It wasn’t just the fawning Democrats who were enabling this circus, but there were many, unfortunately, many sycophantic Republicans who helped as well,” Malkin said.

Maybe because the GOPers who did got clowned so hard by Hillary:

Facing expected scrutiny from Republicans during her testimony before the Senate Foreign Relations Committee, Clinton appeared to take exception to Johnson's pointed inquiry into the State Department's initial report that the attack had been mounted spontaneously as a reaction to an anti-Islam YouTube video.

"With all due respect, the fact is we had four dead Americans," Clinton responded, raising her voice at Johnson, who continued to interrupt her. "Was it because of a protest or was it because of guys out for a walk last night who decided to kill some Americans? What difference at this point does it make? It is our job to figure out what happened and do everything we can to prevent it from ever happening again, Senator."

Yes, Michelle Malkin. YES PLEASE. More GOP senators should have pursued that line of questioning. We would be impossibly happy to see Hillz just mow down Republicans one after the other as they tried to grumblemumble about this nonsense. In fact, we're off to write some hot hot fan fiction about it because that is how we do.