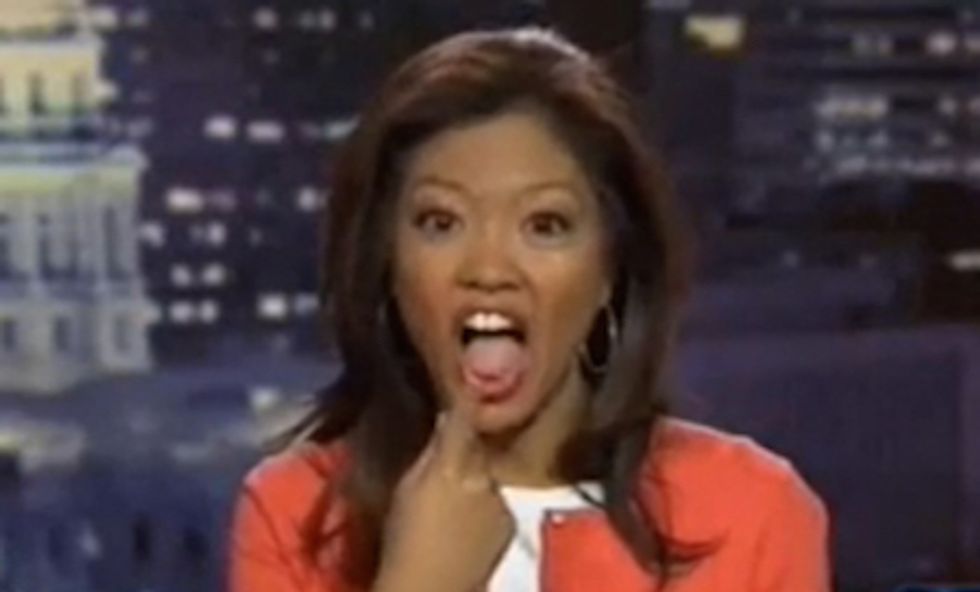 Michelle Malkin, conservative keyboard-banging hero and founder of the the site with NINE PAID STAFFERS (or, ugh, maybe even more by now) who collect random tweets, mostly by Pat Sajak, and call it "the news wire of the 21st century," is on to you, Twitter!

And what is Malkin's evidence that conservatives who just wanna Free Speech! their conservatism on Twitter are being rounded up this very moment? Because they say so, that is why. A bunch of people replied "yup, it's true probably!" to Malkin's Just Askin' tweet, do you need more proof than that? OK, then, here! Here is some indisputable proof:

User @GOPMommy, for instance, found her tweet to Planned Parenthood president Cecile Richards blocked, with the message, “This request looks like it might be automated. To protect our users from spam and other malicious activity, we can’t complete this action right now. Please try again later.”

That is just THE WORST! It says right there in the First Amendment that @GOPMommy has a right to tweet innocent questions at Planned Parenthood's president, like "How many undercover videos do we have to see of @PPACT helping kids be raped before its shut down?" How is that not a totally fair and legitimate question that @GOPMommy has the RIGHT to make Cecile Richards read?

Well, supposedly it is because of some new silencing policy of Twitter's, to silence conservatives into silence. Twitchy says that according to TechCrunch, this gulaging is part of a new "quality filter" that allows verified users, like Cecile Richards, to "select an edited version of their notifications timeline based on factors like which other users they had the most interactions with." But who is Twitter to allow Cecile Richards to determine whose tweets meet this "quality" standard, HUH??? Are you saying @GOPMommy isn't good enough for you? And all those other conservatives who cannot believe they have been blocked from tweeting bile for tweeting bile? WHO DO YOU THINK YOU ARE, TWITTER? STALIN?!?!

The new filter, per Twitter, "aims to remove all Tweets from your notifications timeline that contain threats, offensive or abusive language, duplicate content, or are sent from suspicious accounts." In other words, this is Twitter's latest attempt to better enable users to eliminate obnoxious and abusive trolls from their timelines, so they do not have to put up with the unwanted repeated harassment of, say, some terrible person's accusations that they are helping to rape kids. For example.

Sorry, @GOPMommy, but maybe Cecile Richards already got that tweet, and you were blocked for duplicate content. Or maybe she just doesn't want to have to read your offensive language. Or maybe Michelle Malkin is right, and you are being unfairly targeted for being a conservative, because liberals never EVER get blocked on Twitter, only conservatives, they are all martyrs, poor babies. Or maybe, just maybe, they are mostly Not Quality assholes who will now have a slightly harder time being assholes on the internet to people they do not like. It's basically the same thing.