Michelle Obama Wears Spanx. EVERYTHING IS A LIE. 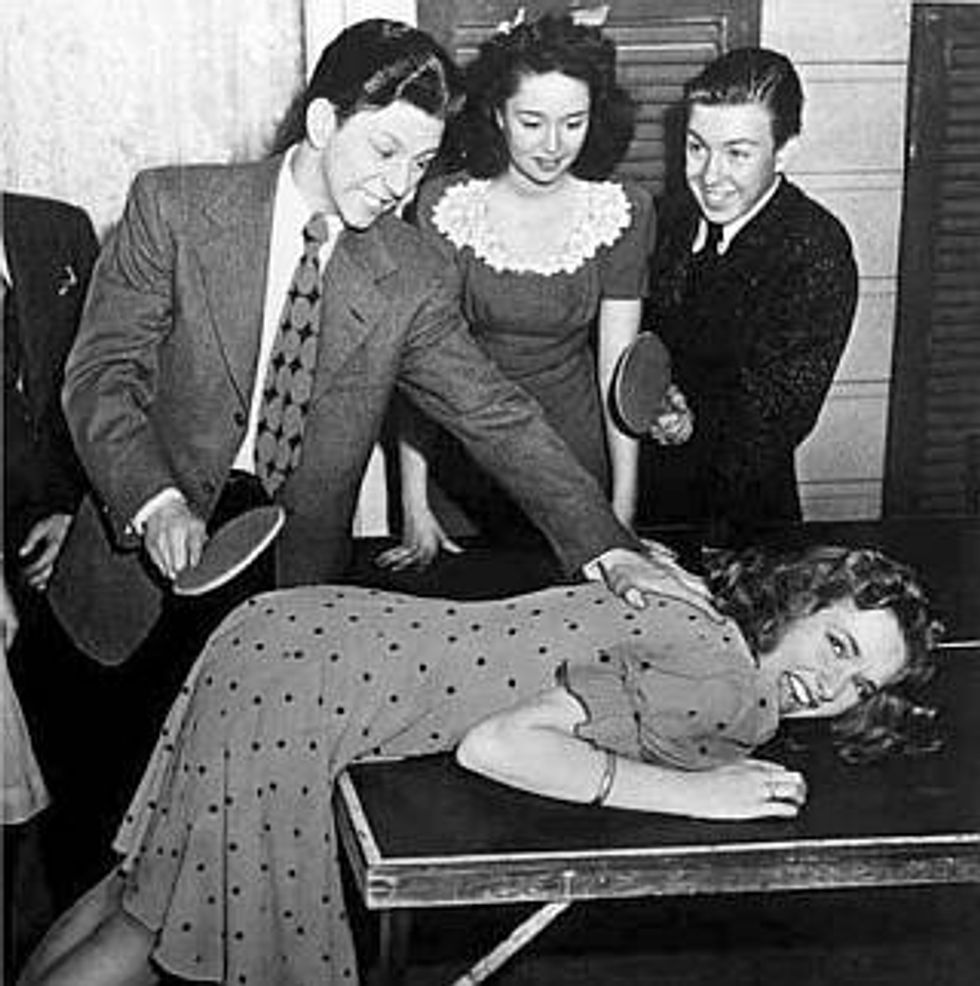 It is time to impeach Michelle Obama. "The" "supposedly" "fit" "First Lady" hasadmitted she needs a slimming undergarment when she is spending Your Tax Dollars on her $58 million (at least) wardrobe for snobby coastal elites from the Chicago hood. The Daily Caller? Oh, just ON IT.

First lady Michelle Obama has admitted that she wears Spanx.

“We all wear them,” Obama swore on Wednesday during a speech to students and fashion moguls at a White House fashion education event, reports The Hill.

Then, after a pause, and after some nervous laughter from the audience, the first lady added: “With pride!”

Spanx, if you are uninitiated, are undergarments and other clothes designed to give the impression that the person wearing them is slim and shapely — a straitjacket for female (and, sure, male) fat, if you will.

Urban Dictionary defines Spanx as “power panties used by portly people for the illusion of slimness.”

DOES IT, Daily Caller? Does Urban Dictionary define Spanx as "power panties used by portly people for the illusion of slimness"? Then that is good enough for us. Especially since there couldn't be any kind of reason Michelle Obama might want to laud a woman who grew a billion dollar business from an idea she had when she in her 20s, because after all, it is hilariously stupid that the First Lady might be hosting White House fashion education events. Haw haw haw, your billion dollar empire that actually makes a thing that some ladies apparently want (not us, but only because "fancy" for us means we brushed our hair and MAYBE put on lip gloss) is stupid dumb bullshit!

Anyway, a 50-year-old woman who instructs everybody else to exercise and eat well because of how she is a no-good rotten terrible dictatrix has ADMITTED she wears a girdley type thing to make nice lines under her designer clothes she wears because she is a terrible monster spendthrift who doesn't even eat cut-up hot dog's on Valentines Day and also her mother is a witch. Carry on with your day.