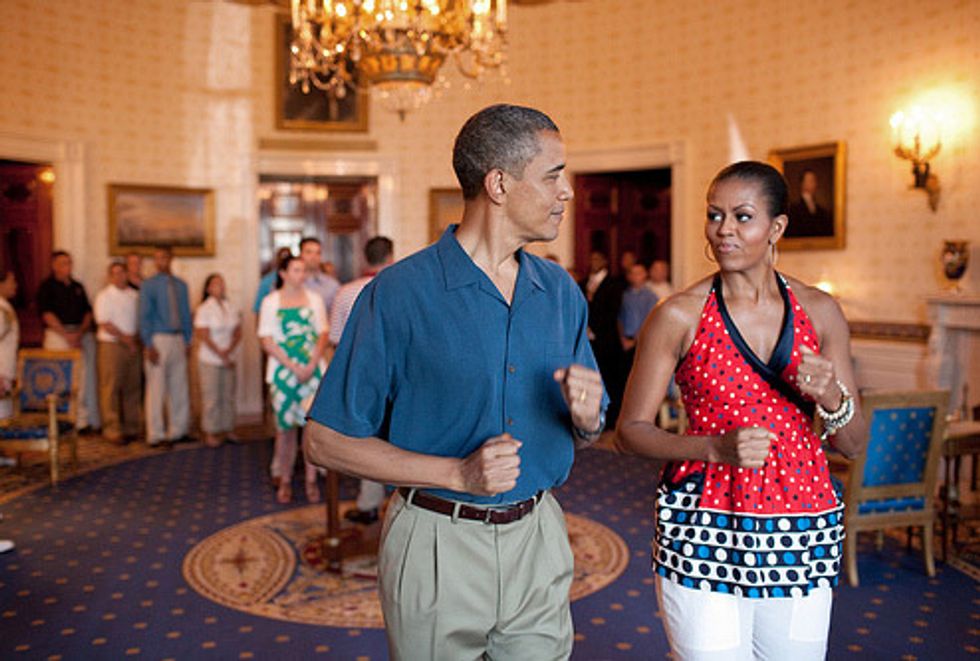 Every news headline should include a question mark, because readers don't turn to the news for facts, they turn to it for insinuation. And at least one individual at the Daily Caller caller understands this, gracing the world with this story:"Highway safety spokesperson blames pedestrian deaths on Michelle Obama’s anti-obesity campaign?" Question mark indeed. This article links to a Washington Examiner interview with Governors Highway Safety Association Executive Director Barbara Harsha, who opined that the rise in pedestrian deaths from 2009 to 2010 may be due to people heeding Michelle Obama’s initiative to move around and eat healthily instead of scraping off one's own bedsores, dipping them in garlic butter, and forgetting to chew them on the way down. Yeah, that's probably it.

“There’s an emphasis these days to getting fit, and I think people doing that are more exposed to risk [of getting hit by a vehicle],” Harsha told the Examiner. “Obviously, further study is needed.”

That's how they kill you, by tricking you into being healthy! It all makes sense now. That's why our bodies tell us we prefer sauced fried-chicken orbs to vegetables: because they know if we get healthy, we will get hit by a car and die. It's called self-preservation, and it's why our ancestors created the dialysis machine right after they invented the wheel.

(Michelle Obama's program has no impact. Every American has already heard they should eat healthy and exercise. Everyone should shut up. We have more important things to discuss, like putting chipotle flavor into the sauces of our sauced fried-chicken orbs. Mmm.) [Daily Caller]