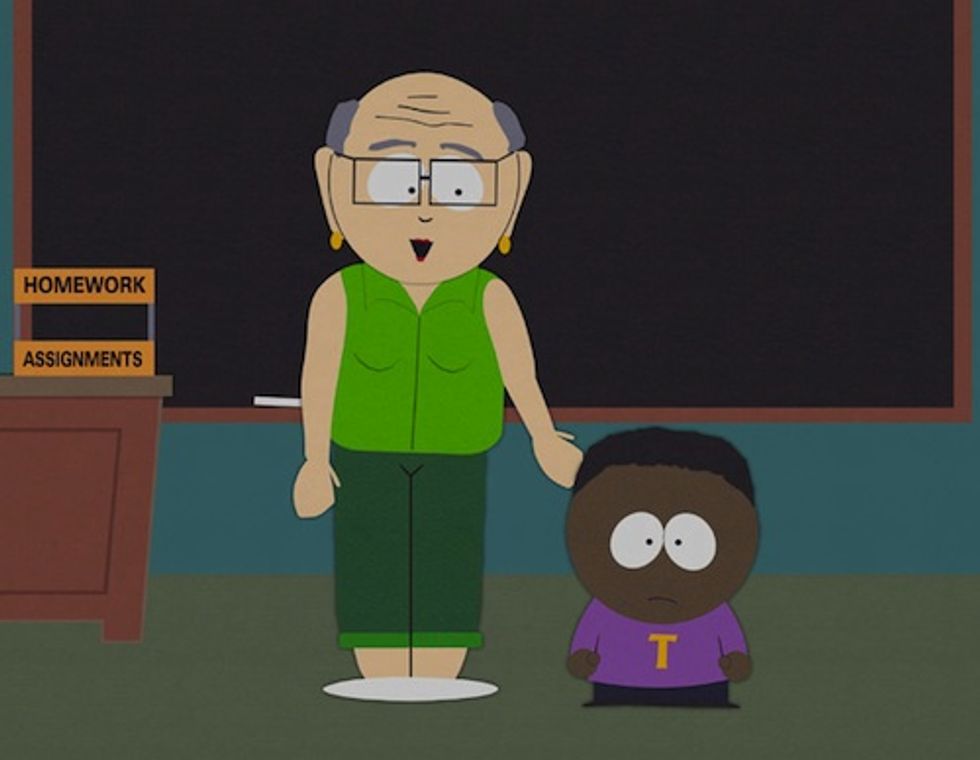 Probably today everyone at Hillsdale College, located near Michigan's not-terribly-Irish "Irish Hills," is longing for that simpler time when their president was only a creepy weirdo who (allegedly) sexed his daughter-in-law until she committed suicide. This being an actual thing that happened at the pastoral private college considered "a citadel of American conservatism," to quote the National Review. Whereas previous Hillsdale presidents were content being (allegedly) incest-ish perverts in the privacy of their own homes, today's Hillsdale presidents like to say remarkably ignorant and racially offensive things in public! During public meetings at the state capitol!

Larry Arnn, the president of the private college, made the comments during a subcommittee hearing on Michigan’s adoption of the Common Core State Standards. Arnn, who spoke in opposition of the standards, prefaced his comments by describing an experience when he began as president in the early 2000s in which state officials criticized his college for, as he said, not having enough “dark” students.

Before you all get outraged over Arnn's unfortunate phrasing, let's give this dedicated educator an opportunity to rephrase his remarks. People often say things awkwardly when speaking off-the-cuff. Arnn is entitled to a do-over, don't you think?

“The State of Michigan sent a group of people down to my campus, with clipboards ... to look at the colors of people’s faces and write down what they saw. We don’t keep records of that information. What were they looking for besides dark ones?,” Arnn said.

Huh. Well, never mind about that whole let's not rush to judgement thing. This guy is just an asshole.