Michigan Lawmakers Want To Let You Own Lions And Tigers, Just As The Founding Fathers Intended 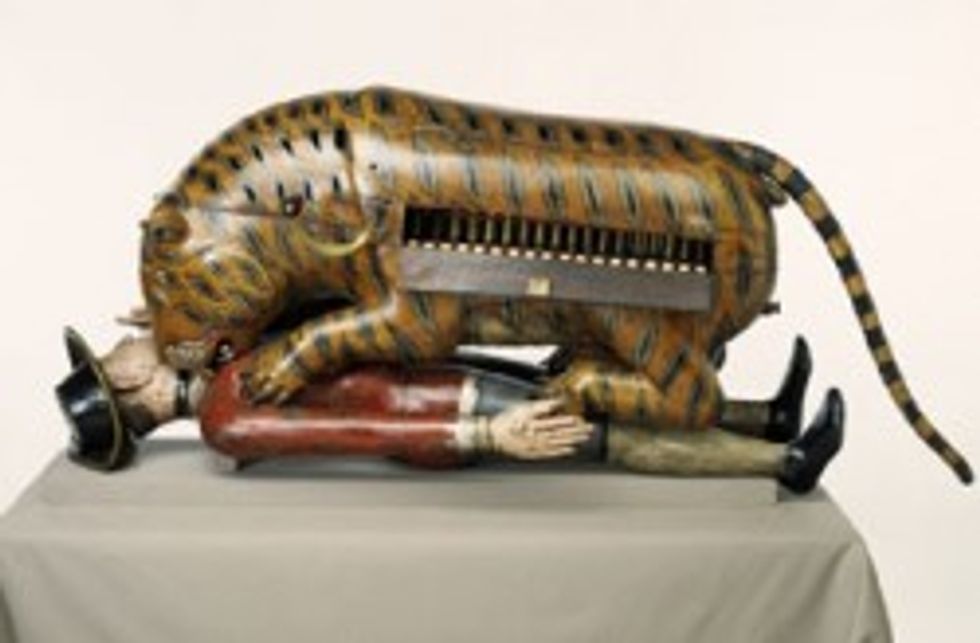 Let’s say you live in Michigan and want to buy a man-eating wild animal. Thanks to burdensome regulations, it’s very difficult to buy a tiger or a bear unless you are a major civic institution zoo. That’s the government for ya, always hassling the small businessman.

Senate Bill 1236 and SB 703 are not yet law, as they await Gov. Rick Snyder’s signature. Should he sign them, Michigan will relax the existing Large Carnivore Act to allow importation of lions, tigers, cheetahs and the like by certain accredited facilities. Another provision would allow visitors to come into direct contact with bears up to nine months old, a move designed to bring an Upper Peninsula bear farm into compliance with state law.

Oh well, this doesn’t sound too crazy. After all, only “accredited facilities” can own cheetahs and cougars. That sounds ok. Except the authorized “accreditation” agency is something called the Zoological Association of America. Despite the official sounding name, their accreditation may be akin to a degree from the University of Phoenix.

The ZAA is a relatively new organization, formed in 2005 to “promote responsible ownership, management, conservation, and propagation of animals in both the private and public domains through professional standards in husbandry, animal care, safety and ethics,” according to its website. It has 43 accredited members, none in Michigan yet. It is not to be confused with the 223-member Association of Zoos and Aquariums, which includes most municipal zoos in Michigan.

“The confusion is that AZA and ZAA are basically two different things,” said Tara Harrison, veterinarian at Lansing’s Potter Park Zoo and an opponent of the legislation. “The AZA is the gold standard.” It is the accreditation body that recognizes the zoos most people visit, five in Michigan – Potter Park, the Detroit Zoo, John Ball Zoological Garden in Grand Rapids, Binder Park Zoo in Battle Creek and the Saginaw Children’s Zoo.

The ZAA, Harrison said, is for smaller, frequently privately owned “roadside zoos” where visitors can not only see animals, but sometimes interact with them.

Sounds like some serious crony capitalism to me. What could possibly go wrong if basically anyone is allowed to own wild animals and exhibit them to the public? Oh right, that whole Zanesville thing...

When the carnage was over, 49 animals were slaughtered, including 18 Bengal tigers, 17 lions, six black bears, a pair of grizzlies, three mountain lions, two wolves and a baboon.

The animals had been released by Terry Thompson, the owner of the preserve, who then killed himself, [Muskingum County Sheriff Matt] Lutz said.

"These killings were senseless. For our guys to have to do this, it was nonsense, it was crazy," the sheriff said.

But that was one isolated incident. The ZAA requires prospective zoo operators to fill out a three-page application. That should be sufficient. Plus, you know, market forces. If enough small children and grandmas are mauled at a disreputable roadside zoo, eventually customers will stop showing up.