Michigan RNC Guy Posting Stormfront Stuff On His Facebook Basically, Why Not 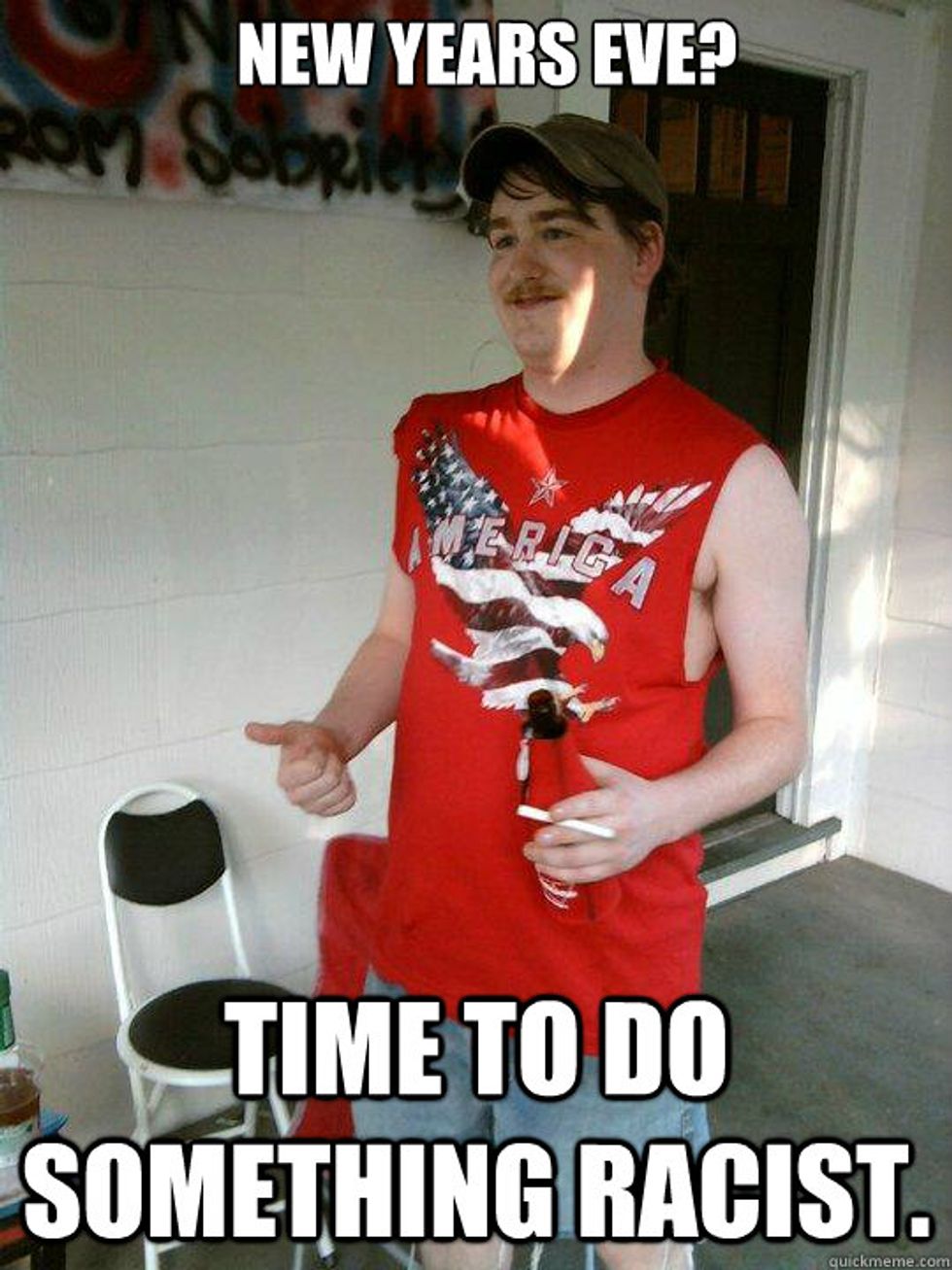 Did you spend even one moment of New Year’s Eve wondering if old friend and RNC Committeeman Dave Agema was enjoying himself? Because while you were getting dressed in anticipation of being asphyxiated by glitter and vomiting champagne cocktails out of a taxi window, Agema enlightened himself with a ball-drop of opinions on why black people crime.

While we’re not sure who “LARRY” is (King? David? the Cable Guy? Probably King), we can confirm this is a very real article from American Renaissance, which is basically Stormfront with classier fonts and a functioning Caps Lock key. While he is a self-proclaimed “public defender in a large southern metropolitan area,” “Michael Smith,” is not the author’s real name. However, this is possibly the least ostentatious pen name in the white supremacist community. So credit where it’s due.

Most whites with business in court arrive quietly, dress appropriately, and keep their heads down. They get in and get out–if they can–as fast as they can. For blacks, the courthouse is like a carnival. They all seem to know each other: hundreds and hundreds each day, gossiping, laughing loudly, waving, and crowding the halls.

Dave Agema loved this post, with its handy charts about high African-American incarceration rates and handy omissions of data showing blacks exponentially more likely to be arrested/incarcerated for identical crimes as caucasians. But this is not the first time the former three-term(!) state congressman has curled up with some light white nationalism over the holidays.

Agema’s holidays are apparently the season for hateful reading. Just days before Easter 2013, he repeated the malicious anti-gay ravings of a Ku Klux Klan leader. In the week following New Years Day 2014, he stumbled upon an essay declaring no Muslim had ever contributed anything positive to America, passing it along as “eye opening.”

Michigan Attorney General Bill Schutte has called for his resignation. Yes, the Bill Schutte. The man who will file a brief in support of literally any anti-immigrant law no matter how unconstitutional, and who previously opined that marriage is about regulating sexual relationships so we can have all of the babies. Bill Flippin’ Schutte.

So does Agema have any buddies left? Is there ANYONE in Michigan’s GOP leadership who is not being swiftly chauffeured far away from Agema?

With a new position in the Republican National Committee, Mitt Romney's niece says she aims to unite Tea Party and establishment Republicans and mend party divides.

Ronna Romney McDaniel, 40, was elected to an unpaid position as a delegate from Michigan to the Republican National Committee, after Terri Lynn Land resigned to focus on her Senate campaign. Romney McDaniel will finish Land's term, which expires in 2016.

While RRM (‘Errrm’?) has distanced herself from Agema’s hateful comments in the past, she has thus far fallen short of calling for the resignation of her RNC cohort. And if she’s intent on "uniting the Tea Party and establishment Romneys," there might not be a better place to start than this weekend’s Michigan Grassroots PowWow.

The PowWow is an event where patriots come together from across the state to network, inspire, and motivate each other; get informed; and discuss important issues. The theme is "Going On Offense" in the battle for freedom in Michigan!

If RRM does attend, hopefully she’ll have the time to stay for thoughtful stylings of, that's right, keynote speaker Dave Agema.