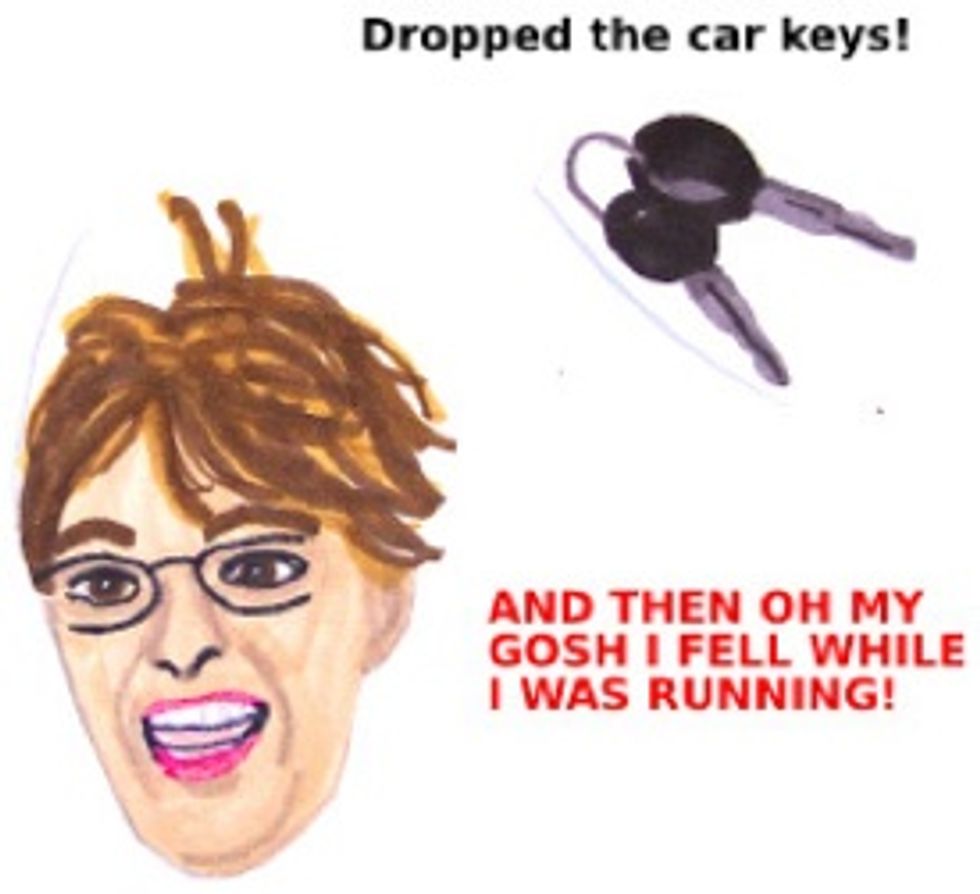 Pulitzer, anyone?Here is the entirety of the most important news story ever written by a human reporter since Watergate, times the Pentagon Papers, divided by the untold story of 9/11, times a million, minus Martha Gellhorn:

Palin calls divorce report 'made up'

Former Alaska Gov. Sarah Palin tells POLITICO that widespread blogosphere reports about a possible divorce from her husband, Todd, are “made up.”

In a brief telephone interview on Tuesday night, Palin quipped that she loves finding out “what’s goin’ on in my life from the news.”

“Do you want to talk to Todd?” she teased. “He’s sitting right next to me.” But he didn’t come on the line.

Fuck the Pulitzer. We are talking NOBEL PRIZE here, for awesomeness.