Mike Huckabee Can't Believe Obamas Allow Girls To Listen To Beyonce, Who Is A Prostitute 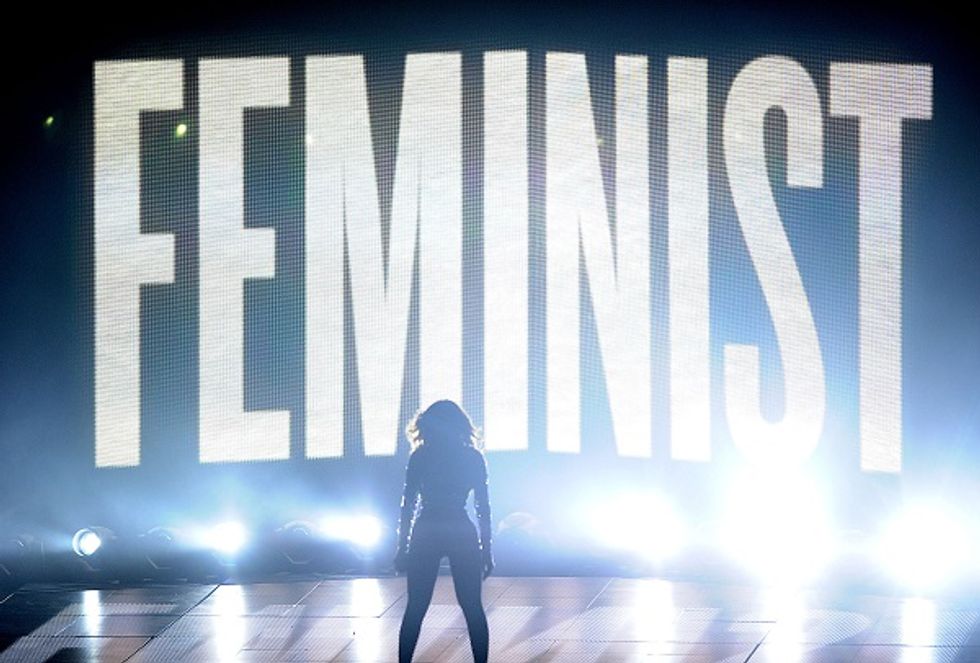 Mike Huckabee, a man so unpleasant that dogs will commit suicide to avoid being dragged home to meet him, has been looking for a way he can distinguish himself as this election cycle’s go-to moral scold. Not content to call a black entertainer a pimp for letting his singer wife dance around on a stage like a common tart, he has now gone after two of the singer’s fans by questioning their parents’ judgment for letting them listen to her music. Oh, and those fans happen to be Malia and Sasha Obama. Damn kids, always listening to that Negro jazz and swinging their hips around like horny sex monsters and such!

Let us gaze upon a grown man publicly questioning the parenting skills of a sitting president and first lady like a common asshole, and despair.

I don't understand how on one hand they can be such doting parents and so careful about the intake of everything – how much broccoli they eat and where they go to school and making sure they're kind of sheltered and shielded from so many things – and yet they don't see anything that might not be suitable for either a preteen or a teen in some of the lyrical content and choreography of Beyoncé, who has sort of a regular key to the door (of the White House.)

Well, perhaps because the girls are teenagers and old enough to have developed their own taste in music, and also their mom is a pretty big Beyonce fan, while your psychopath of a son has a history of torturing and killing small animals so who the fuck are you to question whether someone else is raising their kids in an appropriate fashion? Isn’t there some biblical verse about a plank in one’s own eye, or were you sick the day they taught the Bible in Baptist Minister school?

Maybe if Beyoncé’s act is truly, as Huck says in his new book, “obnoxious and toxic mental poison in the form of song lyrics,” we should banish this jezebel to wander alone forever in the Bonneville Salt Flats, clad in nothing but last year’s fashions, lest she pollute our culture any further. Censorship worked so well for Tipper Gore.

"Government shouldn't try to dictate what art looks like or what it portrays," he says. "Last thing we want is government screwing it up, which is what they would do."

Typical wingnut. How dare government try to impose any kind of morality on anyone! That’s our job!

Would it surprise you to know that Huckabee goes on to praise the Duggars and says the only reality TV he can stand is 19 Kids & Counting & Oh Holy Christ Skipping Rope With an Umbilical Cord, Woman, Your Vagina Must Be Wider Than the Lincoln Tunnel By Now because it’s so “wholesome and wonderful”? Of course it wouldn’t.

Poor Huck. He really needs a cause now that he has apparently run out of famous sluts to lecture for having babies out of wedlock, and his other favorite bailiwicks are becoming less mainstream now that Americans seem more okay with gay people getting married and less okay with black people getting shot to death for no reason. What a world.