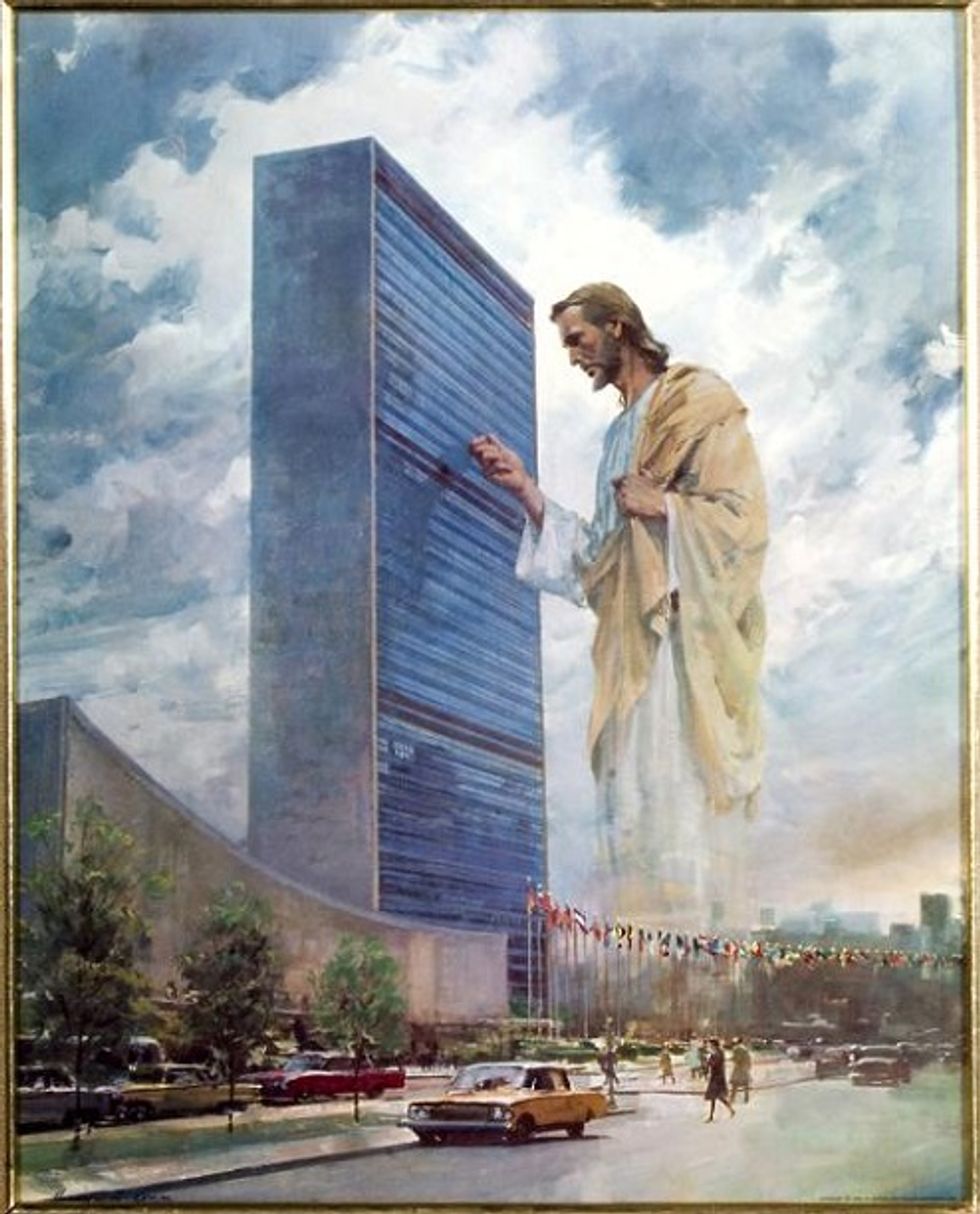 Former Arkansas governor, teevee talker, and maybe seriouspresidential candidate Mike Huckabee is doing That Thing He Does once again, throwing red meat to the right wing, probably to be followed by an appearance on the Daily Show where he impresses Jon Stewart with how nice and avuncular he is. But for now, the wingnut fantasies: On Saturday's Fox & Friends, Huckabee said that the United Nations' failure to condemn or authorize action against Syria was reason enough to play out a John Birch Society fantasy:

“Let’s jackhammer the whole thing off, float it into the East River and be done with it,” Huckabee said

We don't quite get this rightwing fascination with tearing up the UN building and stomping on the pieces -- or maybe if you're John Bolton, just the top 10 stories -- but sure, Huck, why not. Or maybe the UN should slide down a rusty razor into a vat of lemon juice. Or we should shoot it into space. Or cover it in honey and let fire ants crawl all over it, then cook the ants and the UN with a giant magnifying glass. Yeah, that'd be cool.

Huckabee also said that President Obama's decision to seek congressional approval for airstrikes on Syria was a sign of weakness and indecision:

“The plan is to continue to change the plan to adapt to whatever the political winds are blowing,” Huckabee said. “This is like watching a Woody Allen movie.

“There’s so many different plots going on and the neurosis of trying to find what it is we’re going to do,” he said.

We aren't sure which Woody Allen movie that was, though possibly he was thinking of Hannah and Her Mustard Gas Blisters.

Presumably a President Huckabee would take firmer action in an international crisis, such as fantasizing about moving large office complexes around the landscape. In Huckabee's defense, that does work pretty well in Sim City.