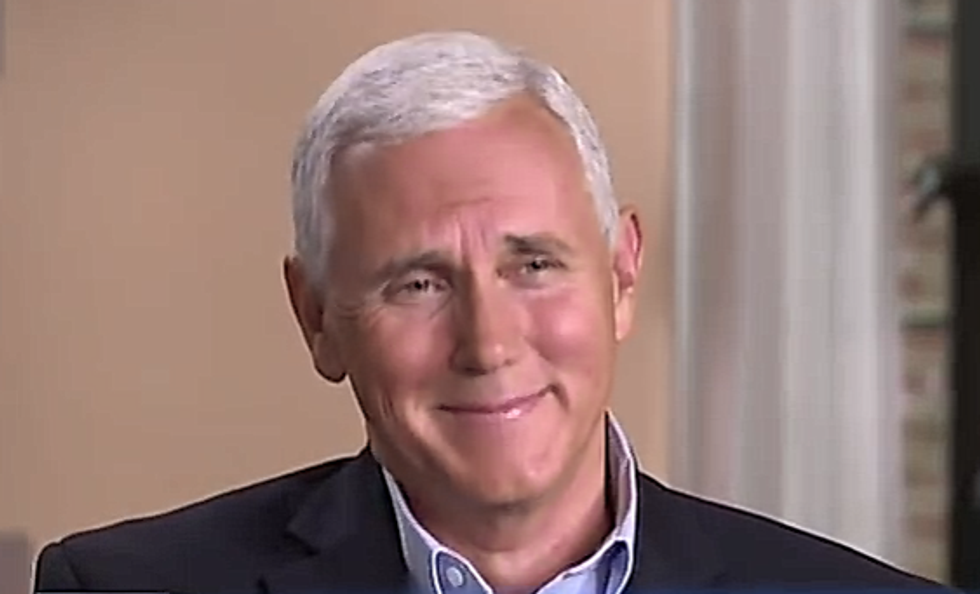 Well, this is stupid. Since Chris Christie was fired from heading up Donald Trump's transition team -- the scuttlebutt is he was fired for having sent to prison Trump's son-in-law's jailbird daddy, LIKE THEY DIDN'T KNOW THAT AHEAD OF TIME -- and Vice-president-elect Mike Pence has taken it over, the transition effort has completely frozen.

They somehow can't seem to get Gov. Pence to sign a non-disclosure agreement that's mandated by law.

The agreement keeps President Obama's staff from disclosing anything they learn about the incoming president's plans, and vice versa. According to the New York Times, the wording of the paperwork is governed by statute. Chris Christie, as head of the transition team, had already signed it. And now?

By law, the document must be signed by the chairman of the transition operation or his designee, and neither Mr. Pence nor anyone on his staff has done so.

How fucking hard could it be?

Brandi Hoffine, a White House spokeswoman, said Mr. Obama’s team was working with Mr. Pence to sign the document, a standard agreement whose wording is largely governed by statute. “We look forward to completing that work so that we can provide the necessary access to personnel and resources to get the president-elect’s team up to speed and deliver on President Obama’s directive for a smooth transition,” Ms. Hoffine said.

They're working with Mr. Pence to sign the document.

They're working with Mr. Pence to sign the document.

THEY'RE WORKING WITH MR. PENCE TO SIGN THE DOCUMENT.

Chris Christie was fired four days ago, and they ...

Be back never, this kitchen floor isn't going to lie down on itself.