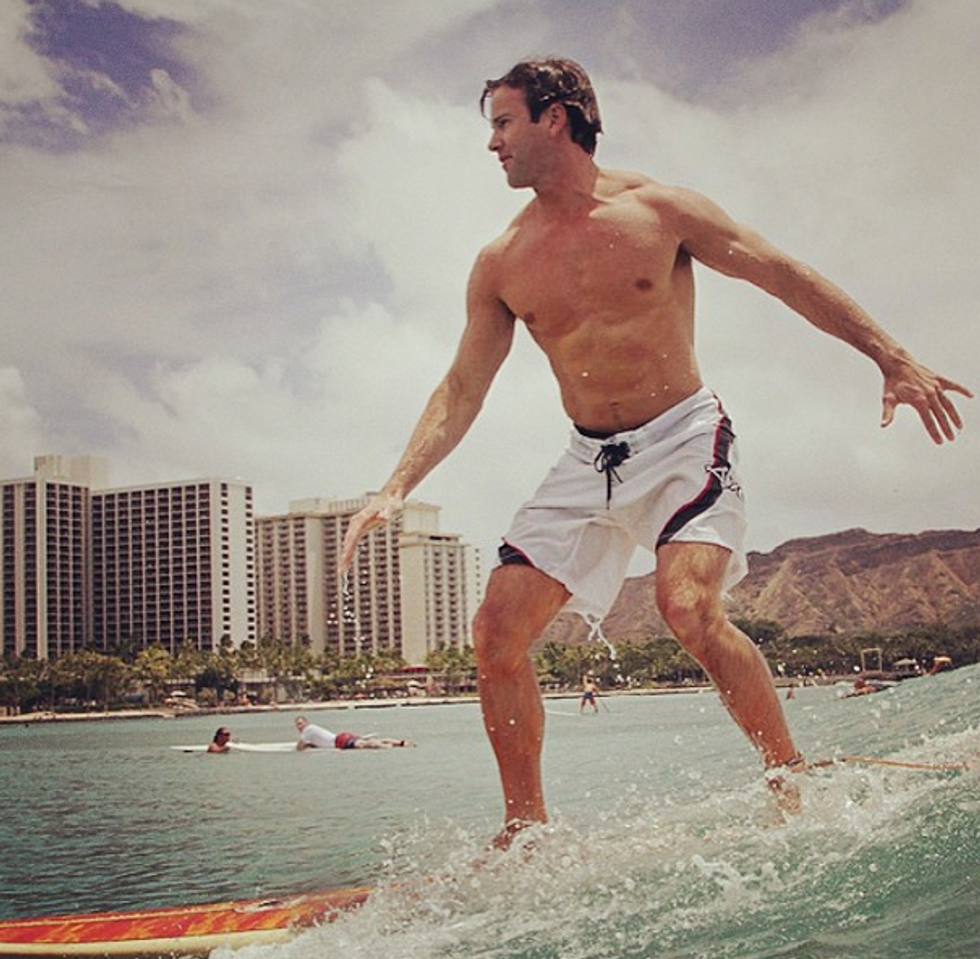 Looks like it might not all be fun and games and romantic Indian getaways with his "personal photographer" and taxpayer-funded (but reimbursed!) "Downton Abbey"-inspired interior decor for "the first millennial congressman," Aaron Schock. Stories of Schock's luxurious "business trips" and extravagant spending and unreported jet-setting keep, uh, coming out, and that is raising a few questions for the pride and joy of Peoria, Illinois:

Investigators from the Office of Congressional Ethics have begun reaching out to individuals in Rep. Aaron Schock’s political orbit, a possible first sign of an official investigation of the Illinois Republican.

OCE is seeking to speak to people who have worked for Schock or otherwise interacted with him, according to sources familiar with the matter.

While the OCE does not have the authority to subpoena Schock's "oops, I musta just forgot to mention it" records or compel him or his "staff" to testify, the office can do some just-askin'-questions about why, for example, his flights on a private plane -- like to a Chicago Bears game, for official congressional business obviously -- was reported as "software" in campaign finance documents for the Schock Victory Fund.

Or why Schock needs to spend taxpayer big bucks on his full-time personal photographer (totally not a euphemism, we are sure) Jonathan Link, to take SO HAWT pictures to post on Instagram.

Or why, as we most recently learned, Schock needed to spend $5,123 on his very own "The Falcon" -- a replica of one of the podiums the president uses when he gives speeches, even though Aaron Schock is not actually the president, but perhaps he enjoys cosplaying "Being The President," when the surf is not up, brah. Schock is not the only member of Congress who likes to pretend to be president, at least according to a Schock representative:

Asked about the podium and whether the congressman’s office purchased it, a representative for Schock pointed to images of other members standing by podiums similar in design to the “The Falcon.” [...]

“This style podium is similar to that used by many Members of Congress at events so that members of the media have a place to attach their microphones and recorders,” the Schock representative said.

But look. There is probably a perfectly reasonable and legal and ethical explanation for all of Schock's off-the-books indulgences. Even if he can't be entirely sure because he is just a simple caveman congressman and not an attorney:

When asked during an interview last week in his hometown of Peoria, Illinois, whether he broke the law or ethics rules, the congressman said, “I certainly hope not.” He said he could not definitively say so because he is “not an attorney.”

Anyway, lucky for Schock the Office of Congressional Ethics does not appear to have much authority. Except for being able to recommend to the Ethics Committee that it might want to take a closer look at the fabulous funtimes of the young legislator. And that could turn out to be quite the sticky situation.