Millions of Jobless Americans Filing For Disability To Get Food, Medicine 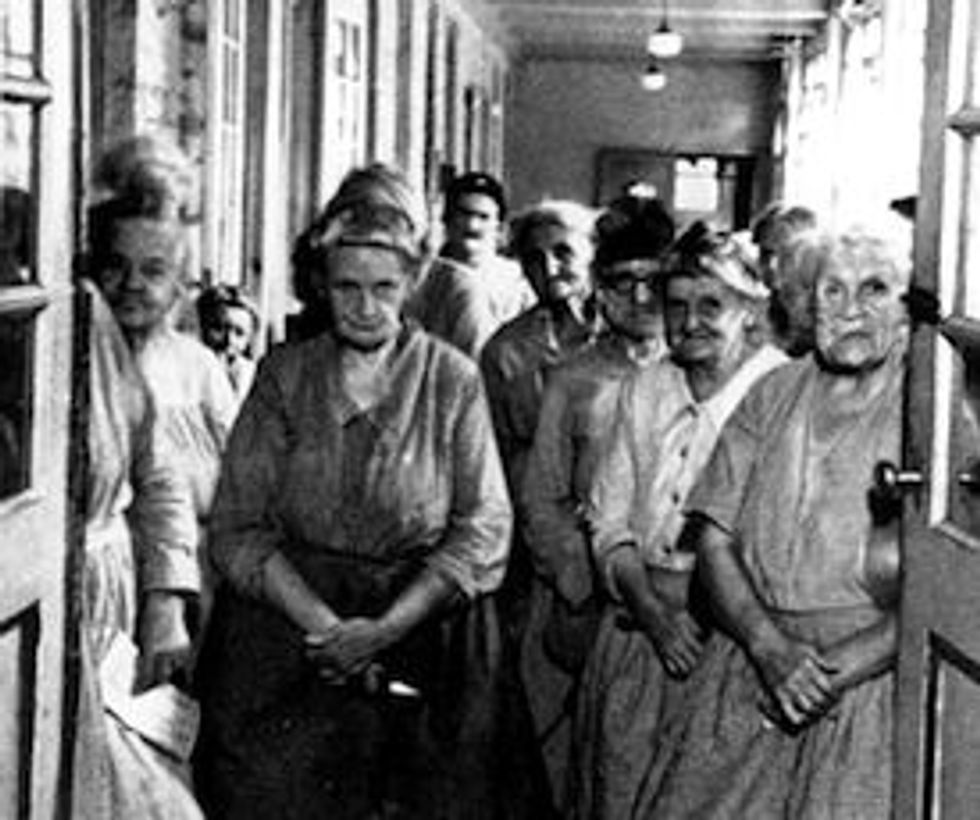 Social Security is in "trouble" because wealthy people aren't required by the government to actually pay their share into the national program, and also because Congress has been "borrowing" billions of dollars that working people have paid into the program so that they might not have to starve or die of common illnesses once they're chewed up and spit out by the capitalist system. But there's another part of Social Security that's running out of money even faster than the old age pensions, because a record number of discarded workers are now claiming disability payments and Supplemental Security Income -- 3.3 million unwanted laborers will file for the last-ditch payments this year alone, and nearly 14 million currently receive the monthly stipends and early Medicare coverage. The money isn't much, and is based on either your actual paycheck contributions or limited to an average $500 a month for SSI, but it's "better" than the American alternative, which ispretending to rob a bank so you can get food and medical care in prison.

To get disability or SSI, the applicants must go through a lengthy process of ritualized refusals and humiliation: Two-thirds of applicants are turned down, and many legitimately disabled workers are forced to go through two years of appeals and hire vulture law firms to finally get the paltry benefits. But the focus of the federal government is always on "cracking down" on people who aren't really horrifically disabled enough to get a government check, because it's certainly not enough to simply be an unwanted factory worker in her fifties who entertains fancy dreams of not being homeless after her extended unemployment benefits run out after her fourth layoff. Morally, it's always better to catch the miscreant buying forties with his SSI rather than, say, the biggest corporations in the world not paying a nickel in taxes.

The Associated Press reports from Washington:

Claims for disability benefits typically increase in a bad economy because many disabled people get laid off and can't find a new job. This year, about 3.3 million people are expected to apply for federal disability benefits. That's 700,000 more than in 2008 and 1 million more than a decade ago.

"It's primarily economic desperation," Social Security Commissioner Michael Astrue said in an interview. "People on the margins who get bad news in terms of a layoff and have no other place to go and they take a shot at disability."

So it's kind of like the Lotto! Except instead of paying money you can't afford down at the corner market for a chance in hell at a million dollars -- because that statistical impossibility is literally the only way out of the hole you've been intentionally pushed down -- you promise a boiler room full of fourth-rate sharks a share of your disability check in exchange for them filing enough papers to finally get you approved. Win win?

Anyway, Disability and SSI are now scheduled to begin scaling back benefits over the next five years, when the programs as currently funded will only be able to pay 85% of what's promised. So that $500 payment will go down to $425 a month, at first, but it should be gradual enough that the poors won't hardly notice when it's down to $100 a month and even the Pay-Chex shop next to the liquor store and the pawn shop won't cash it. [AP]