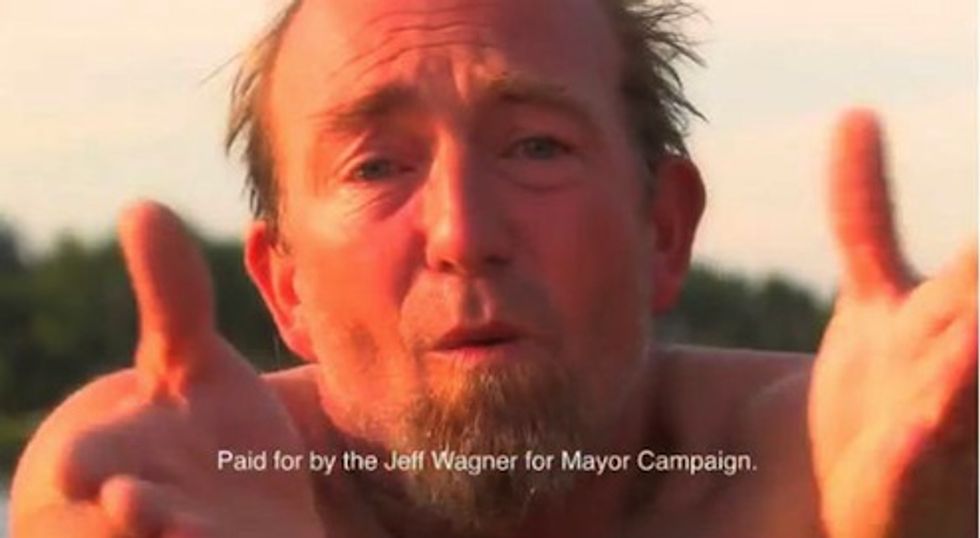 Remember Jeff Wagner? He's the Minneapolis mayoral candidate that filmed his last political ad in a lake, wearing underwear, drinking coffee. He's part of a wide variety of weird found among the 35 (!!) candidates running for mayor here. We have to hand it to Mr. Wagner, though. With this last ad he is really pulling away from the pack in terms of sheer oddity. PRO-TIP AND SPOILER ALERT: don't watch this thing at work unless you work like bloggers do, in the filth of your own home, because it is pretty not safe-ish.