Minnesota Nice Time: Pictures From Your Wonkgy In Minneapolis! 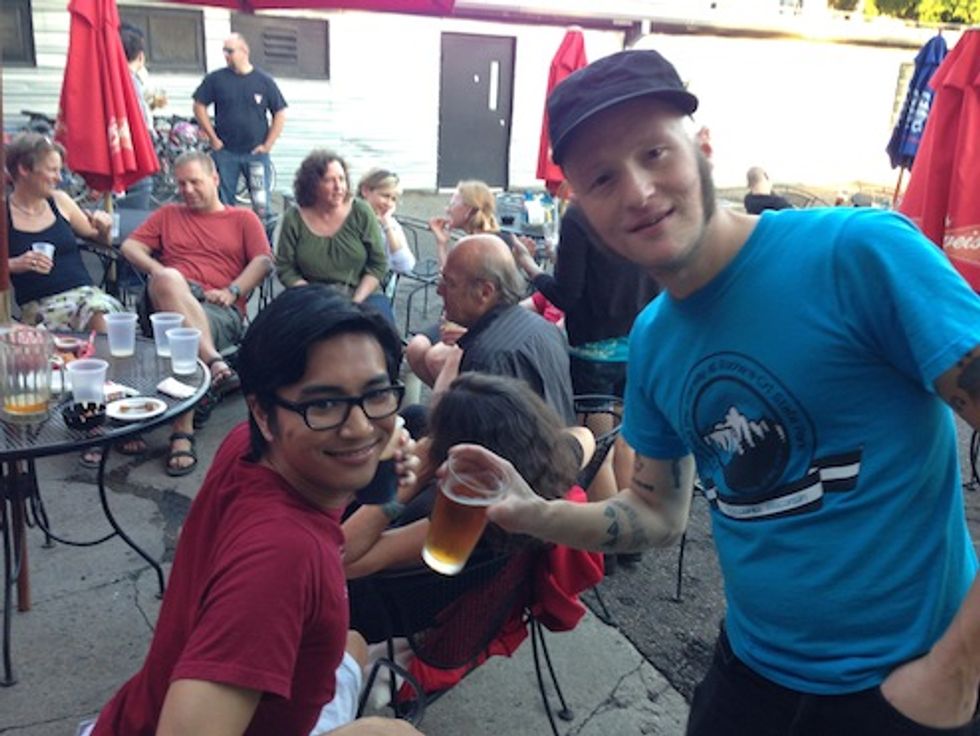 What is even going on in this picture? LIKE WE ARE SUPPOSED TO KNOW. Jesus, people, our Wonkgy in Minneapolis was AT LEAST five months ago now. (And then there was Des Moines, and then there was Norman, and then there was Dallas, and MY GOD, IT NEVER ENDED. Oh that's right, it did end, and we are back home in Los Angeleez, and the trip did not even kill us, and it did not kill our old dog -- our actual old dog, not our mom, or our copilot Miss Lisa Wines, or us even, but our sweet old shepherd Lilo, who made most of the trip with us except for that week she spent getting her ass kicked by Joe Biden and Angela Davis when she stayed at our mom's in Oklahoma in the middle of the trip, and who is like 13 but spry, she is basically like the Edie Windsor of cool old lady dogs what were we talking about? We do not know.) More pictures or whatever after the jump.

So here are some pictures, of the People. Some were commenters! Some were not commenters! One guy got all mad that the T-shirts we were selling out of our trunk were not free, and wadded up a fiver and threw it at Miss Lisa Wines! It was cute. They came to Grumpy's to meet us. We bought them beer. We tried to make out with someone in one of these pictures, but, as sadly happened in each of our stops but one, EVERY TIME we tried to make out with someone, he was like, "nah mang, that's cool." Our therapist suggested we watch some gay Science Channel documentary on men and women and genes and whatnot. (How not to scare men off by saying "HEY DO YOU WANT TO MAKE OUT WITH ME" because then they are like "waaah, a whore," or something, we guess.) Whatever.

And those are the pictures from the Minneapolis Wonkgy. The End.