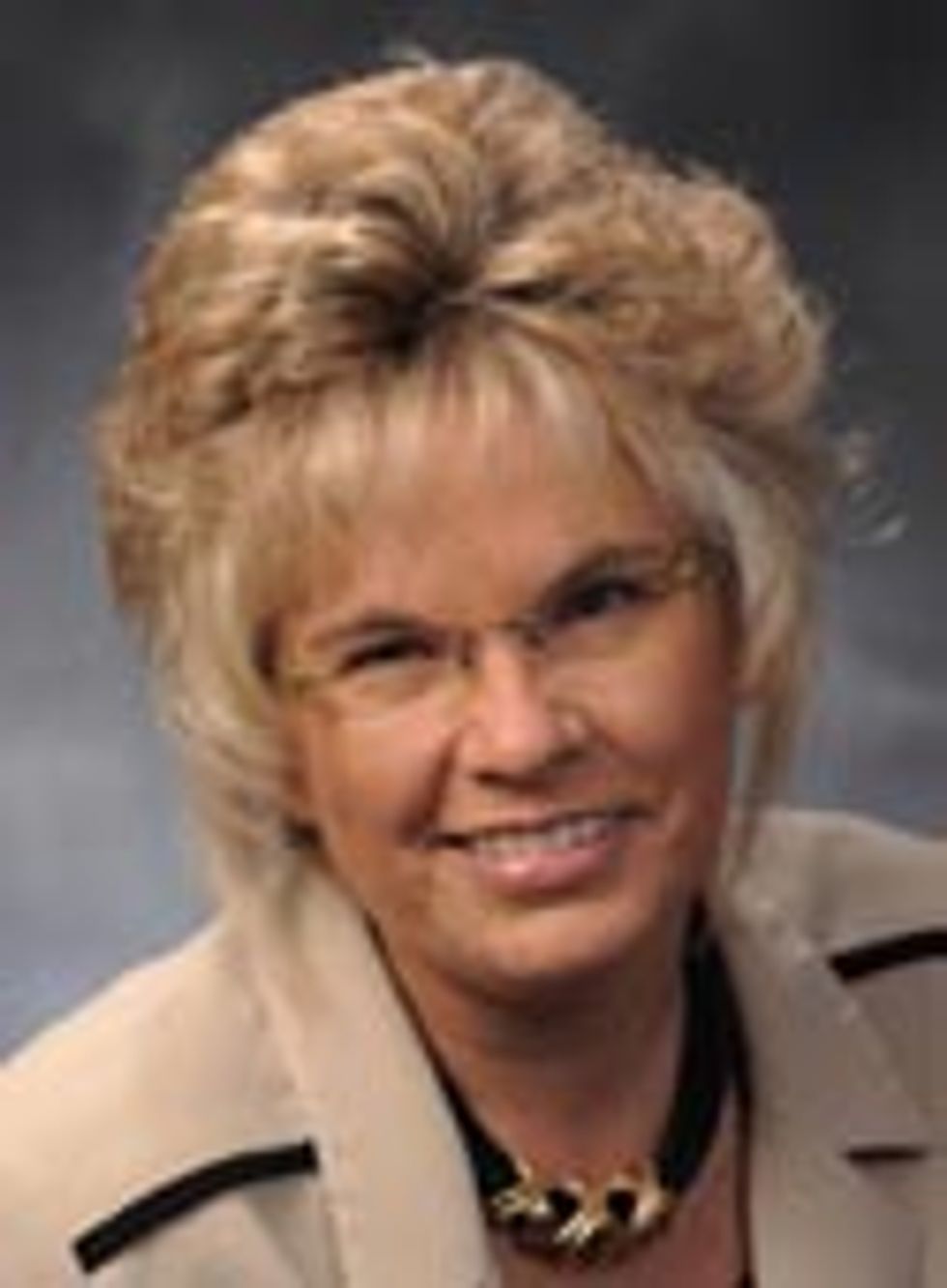 Missouri state Rep. Wanda Brown has had it up tohere with the suspicion, the bigotry, the gol-dang prejudice against a certain class of Murkins who know from the pain of intolerance and hatred, and Rep. Wanda Brown did not just sit there! She did something about it! Which poor beleaguered folk have felt the sweet veiny warmth of Brown's bony embrace? Is it a class of people who have been discriminated against in any way whatsoever, in History? No, it is Gun Owners, for Jesus.

Heeding the call from absolutely no one, Brown introduced House Bill 1621, affirmed by the Missouri House and sent on to the Senate. The bill puts gun ownership on par with race and religion as a protected class, and reads as follows:

571.123. 1. It shall be an unlawful employment practice under section 213.055 for an employer, because an individual has a concealed carry endorsement or uses his or her firearm for lawful purposes including, but not limited to, self defense:

(1) To fail or refuse to hire or to discharge any individual, or otherwise to discriminate against any individual with respect to such individual's compensation, terms, conditions, or privileges of employment; or

(2) To limit, segregate, or classify his or her employees or his or her applicants in any way which would deprive or tend to deprive any individual of employment opportunities or otherwise adversely affect his or her status as an employee.

2. This section shall not be interpreted to require employers to allow the carrying and use of weapons on their property except as mandated by other general law.

3. Nothing in this section shall be interpreted to require an employer to grant preferential treatment to employees that hold concealed carry endorsements or own firearms.

Other bills Brown has sponsored this session include some mystifyingly Biblical edict about cubits and bushels of grain; a thing about motorboats; a bill urging Congress to End (audit) the Fed; somethin' 'bout somethin' and the Mornin' After Pill; removes certain tax exemptions for newspapers, because "learning"; and about 50 million bills about guns, ammo, "knifes" and shootin' varmints and/or people (same thing).