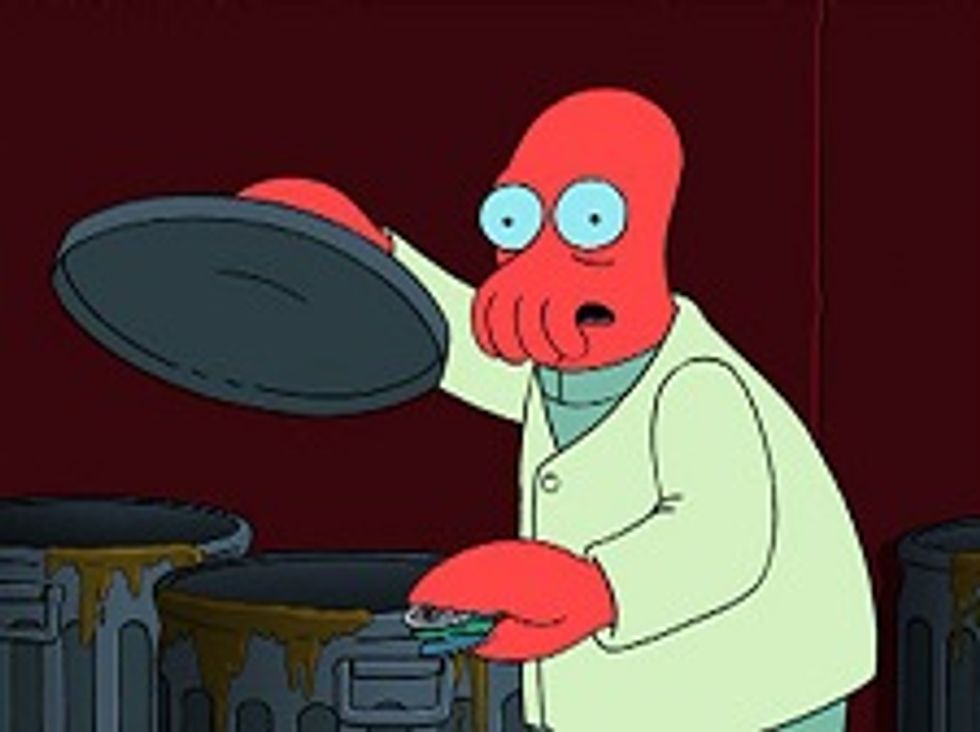 Let us take a break from our regular snark to give a shout-out to the ladies of Missouri, a handful of whom arewinding up a 72-hour demonstration on the steps of the state Capitol building to protest the state’s new abortion restriction bill. The bill, which triples the mandatory waiting period for an abortion from 24 to 72 hours after the initial doctor’s visit, was passed by the Missouri House on Wednesday and now goes to Governor Jay Nixon, who has not decided if he will sign it.

Oh Missouri, we were so proud of you earlier this week, what with the St. Louis Rams drafting the first openly gay football player in history after that player spent his collegiate career at the University of Missouri, where by all accounts his teammates and the entire school embraced his decision to come out of the closet earlier this year. Now, just a few days later you have pissed us off with this anti-abortion garbage.

Let us review all the ways that this bill is awful.

We’re not sure which of the bill’s supporters impressed us the most with their logic bombs in favor of restricting a woman’s right to choose. Was it Missouri House Speaker Tim Jones (R-Of Course), who suggested that he and his colleagues are restricting abortion in order to keep producing future taxpayers, because otherwise “eventually the state would run out of citizens…and the state would cease to exist”? Or was it the bill’s sponsor, Rep. Chuck Gatschenberger, who compared the 3-day waiting period to shopping for a new car, saying “In making a decision to buy a car, I put research in there to find out what to do.”

Thanks, Rep. Gatschen-whatever. Yes, there is no functional difference between having an abortion and finding a good used Civic. Except that Missouri has way more car lots than abortion clinics.

Back to the protestors. Since Monday, about twenty-five women have stood on the Capitol steps for 72 hours straight, rain or shine, to let the legislators know what they think of being treated like broodmares on a Kentucky horse farm. It hasn’t gotten much national attention that we can see -- perhaps the group needed one person to represent the entire cause, like Wendy Davis last year, whom the media could focus on. Or maybe no one can handle these opposing views of Missouri being both liberally tolerant of gays and a bunch of revanchist Neanderthals about women in the same week.

Whatever it is, good luck to the female population of Missouri. We’ll be rooting for a gubernatorial veto or a court to slap this nonsense down posthaste.