Missouri State Rep: Ladies, Get Your Abortion Permission Slips From The Dudes What Knocked You Up 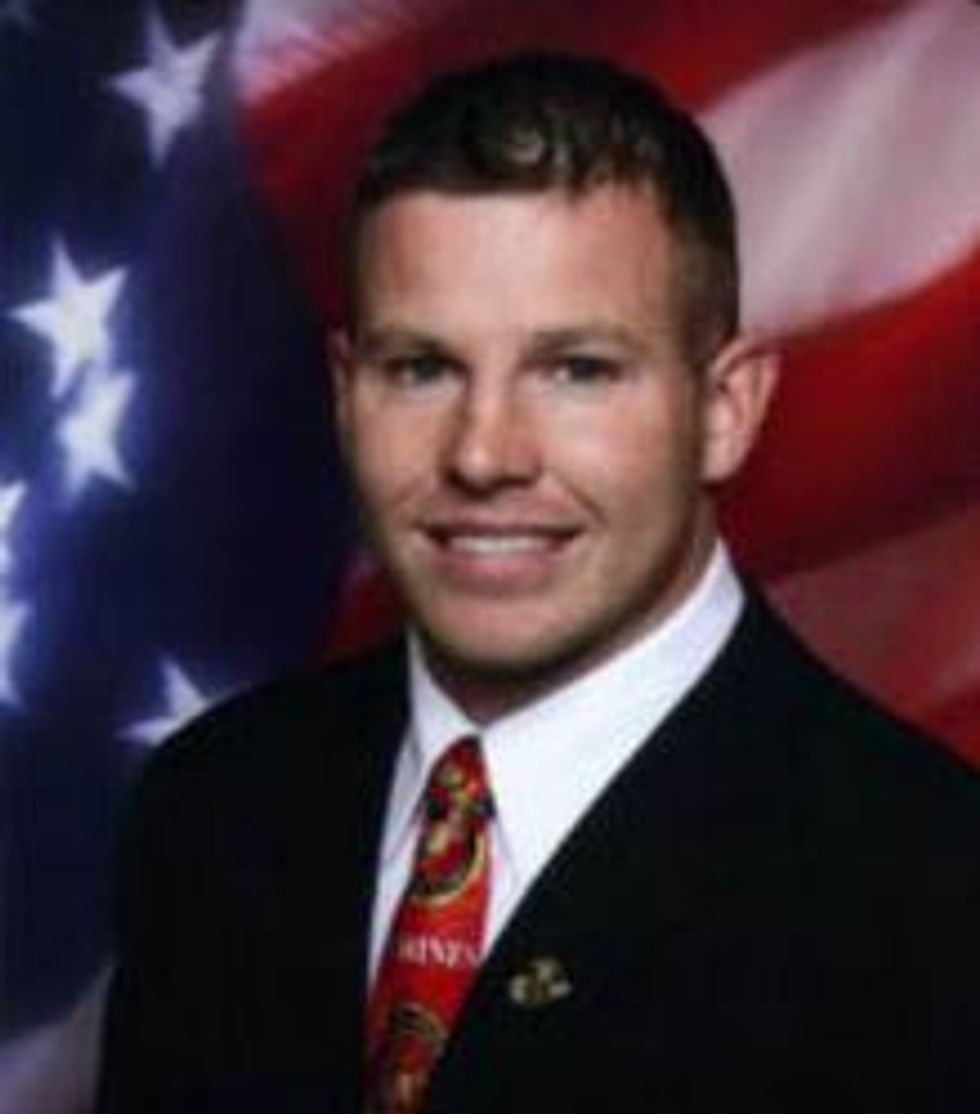 Missouri State Rep. Rick Brattin is a dedicated foot soldier in the war against abortion. It must stick in his craw that the state still has one clinic performing the procedure in St. Louis, despite Brattin and his fellow Republicans in the legislature bombarding it with new restrictions at every opportunity and requiring patients to endure a 72-hour mandatory waiting period after the initial consultation, the longest in the country.

Convinced that Missouri women in need of reproductive medicine still have it too easy, Rick's pushing for the legislature to get busy in the new year and pass a law requiring patients to get permission from the sperm's origin point to terminate a pregnancy. It's an issue that's been eating at him ever since he got his vasectomy.

When a man goes in for that procedure — at least in the state of Missouri — you have to have a consent form from your spouse in order to have that procedure done. Here I was getting a normal procedure that has nothing to do with another human being's life, and I needed to get a signed form… But on ending a life, you don't. I think that's pretty twisted.

That sounds more twisted than the vasa deferentia after a successful vasectomy, amirite guys? I mean, just because a "normal procedure" takes away someone's ability to create life through intercourse, that doesn't mean it has anything to do with another human being's life. Just ask any right-winger who's totally clear that hormonal birth control and IUDs aren't the same as abortions.

It doesn't appear that Brattin is referring to any actual laws in the state of Missouri that force vasectomy-bound guys to get their wives' permission (never mind that the female equivalent to such a law would force a woman to get spousal sign-off for a tubal ligation, not an abortion). Brattin claims he has a copy of a form his wife signed telling him it was OK to mute his manhood and that he will share it with his fellow legislators, who we are sure will be excited to learn more about Brattin's new ability to have irresponsible, consequence-free sex.

While Brattin's proposed abortion-veto bill would allow for exceptions in order to save the mother's life, he would make sure that women couldn't just stroll in after being raped and get an abortion. They'd better be prepared to "prove it" to Brattin's satisfaction.

"Just like any rape, you have to report it, and you have to prove it," Brattin tells Mother Jones. "So you couldn't just go and say, 'Oh yeah, I was raped,' and get an abortion. It has to be a legitimate rape."

Brattin adds that he is not using the term "legitimate rape" in the same way as former Rep. Todd Akin (R-Mo.), who famously claimed that women couldn't get pregnant from a "legitimate rape" because "the female body has ways to try to shut the whole thing down."

"I'm just saying if there was a legitimate rape, you're going to make a police report, just as if you were robbed," Brattin says. "That's just common sense." Under his bill, he adds, "you have to take steps to show that you were raped… And I'd think you'd be able to prove that." The bill contains no provision establishing standards for claiming the rape or incest exceptions.

Rep. Brattin says he isn't bothered by the fact that the Supreme Court struck down a law requiring women to notify their husbands before having an abortion in Planned Parenthood v. Casey (1992). Why would that have anything to do with his bill, which goes even further by requiring the husband's permission?

Because Missouri has laws requiring men to pay child support during a pregnancy, [Brattin] contends, a bill requiring a man's involvement in an abortion should be constitutional.

If a man's legal interest in his lady's pregnancy hinges on whether or not he wants to be on the hook for child support, should he be able to force her to have an abortion? Or does this veto only work one way?

Brattin put forward an identical bill earlier only to have it die in committee in April. It's possible that he has discovered a mythical creature that some thought did not exist: an abortion law that is too restrictive for Missouri. This might also be an elaborate stunt to get Yr Wonkette's attention, since 2014 is drawing to a close and our Legislative Shitmuffin of the Year remains unnamed. Don't get us wrong, Rick's an attractive candidate, what with his attempts to ban bicycles and make poor people pee in cups for money, but that was last year. If he wants to make the short list, we better see him making orphans fill out forms in triplicate to get their gruel.