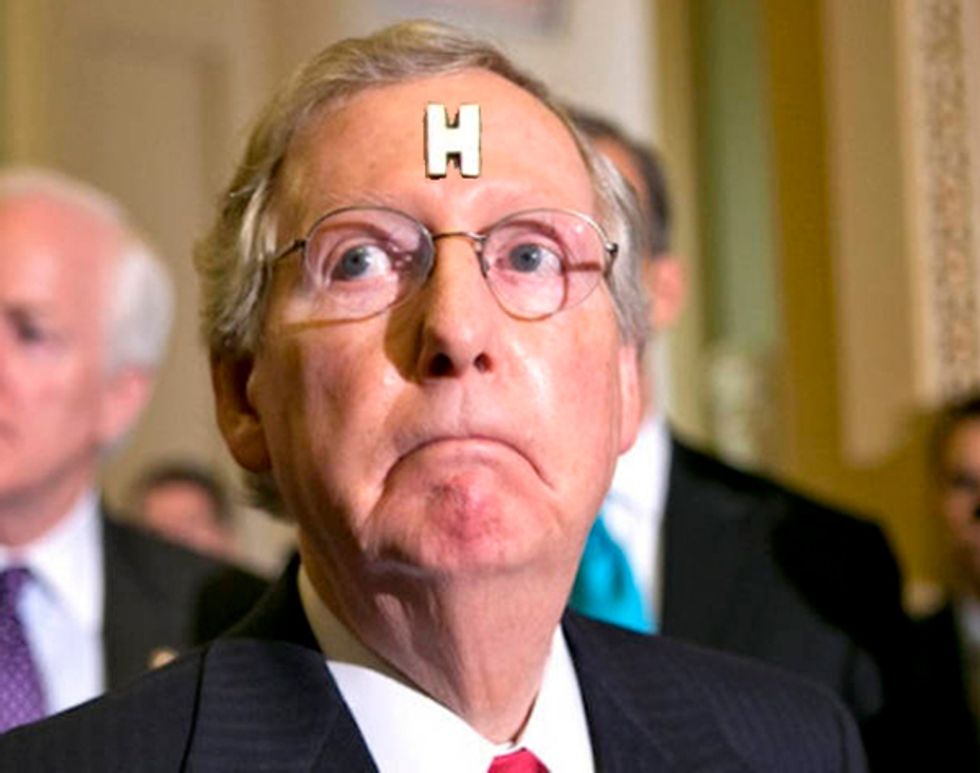 Monday night, Mitch McConnell and Alison Lundergan Grimes held their only debate in the race for U.S. Senate for Kentucky, and sure, there were some weird moments, like Grimes continuing to not say whether she voted for Barack Obama, as if that somehow were important, or McConnell's weird insistence that if he gets his wish and Obamacare goes away forever, that somehow won't change anything for the 500,000 people who've gotten health insurance through Kentucky's exchange website, Kynect.

But Yr Wonkette is fascinated by a more obscure bit of McConnell's performance: his odd choice of "rimrack," a word that many Twitter users picked up on. Roll 212, please:

"Our hospitals are being rimracked by these Medicare reimbursement reductions."

That's pretty darned authoritative, by golly! And this is apparently a term that Mitch McConnell has used before, going back to 2004, when he used it in a Senate debate:

It would seem there is one heck of a lot of rimracking going on with this fellow! Or maybe he is just a crusty old sea turtle from the age of sail?

Aw, Bluegrass Politics, you are just no fun. We finally managed to find a matching definition through the Internet Archive: "rimrack, v. t. To injure, damage." So we suppose maybe Mitch McConnell is more of an old salt than Twitter is willing to give him credit for.