Mitt Romney Accidentally Gives Details On Something, Somewhere, To Someone 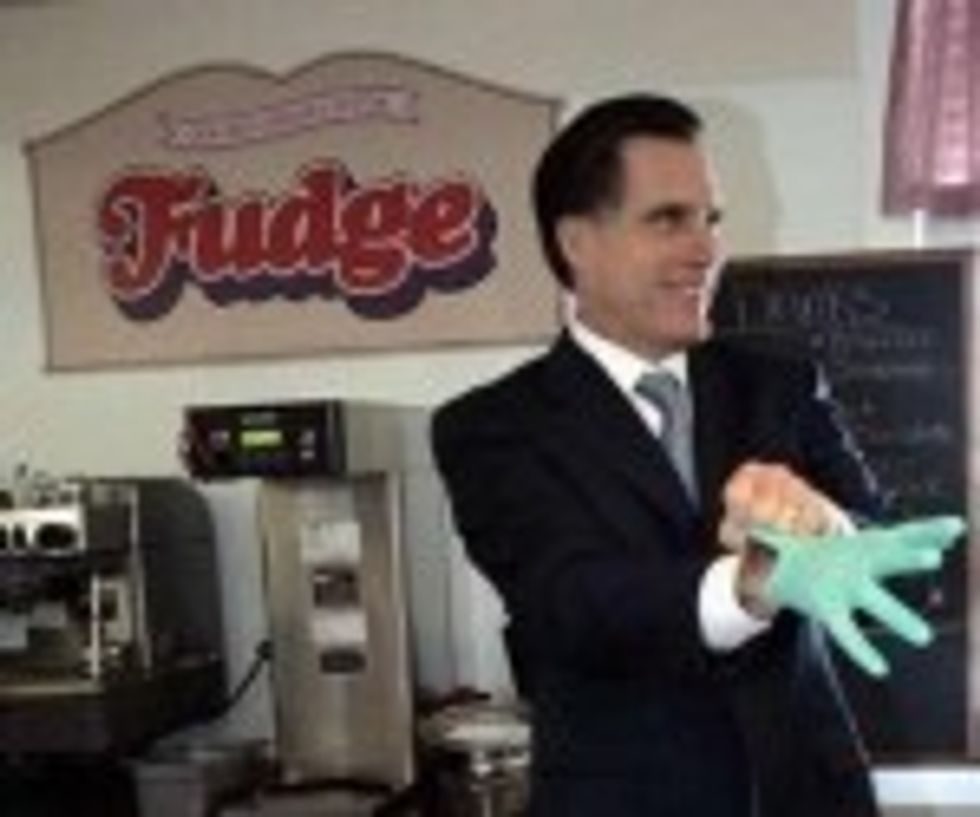 PALM BEACH, Fla. – Willard Romney took a moment out of his daily dog and pony show to deliver some real ideas a la Romney. This wasn’t a typicalRomnification of bullshit jib jab. These were actual ideas coming from the Republican contender. This was a closed-door fundraiser that was held by some of Romney’s supporters. He outlined particulars that left quite an impression on the attendees. And also quite an impression on the political reporters who'd been made to wait outside. HOT MIC! HOT MIC! Somebody call Putin quick!

Willard discussed plans to consolidate or eliminate federal agencies, reform the nation’s tax code and win the hearts of Latinos everywhere. Willard was on a rampage of thoughts including how it would be pretty cool to lower the tax rate on the rich, and pay for it by eliminating the deduction on state and local taxes you just paid. Sucks to be you dude! Then he paid tribute to his father, George by eliminating the Department of Housing and Urban Development.

"I'm going to take a lot of departments in Washington, and agencies, and combine them. Some eliminate, but I'm probably not going to lay out just exactly which ones are going to go. Things like Housing and Urban Development, which my dad was head of, that might not be around later. But I'm not going to actually go through these one by one. What I can tell you is, we've got far too many bureaucrats. I will send a lot of what happens in Washington back to the states."

Don’t worry. He didn’t forget about the Department of Education. Willard included, "The Department of Education: I will either consolidate with another agency, or perhaps make it a heck of a lot smaller. I'm not going to get rid of it entirely." It is apparent that Willard is now committed to changing some things, maybe eliminating them or maybe not. Either way, things are going to ‘get a heck of a lot smaller.’

As if the crowd was not stunned enough with Willard’s vocal laser beam light show of words, he threw in a dose of Ann Romney that left the crowd of Floridian geriatrics walking towards the light of the nearest ATM. Ann described her recent pillow fight with Hilary Rosen as "an early birthday gift." Ann is just now showing the GOP her new diamond encrusted talons. How she plans to use them is yet a mystery, but the potential is frightening.

The Republican power couple is now in full swing and ready to shower the country with a message, “Yes It May, Depending On Things.” More straight talk from Willard is coming soon. (Never.) [Kevin Drum]