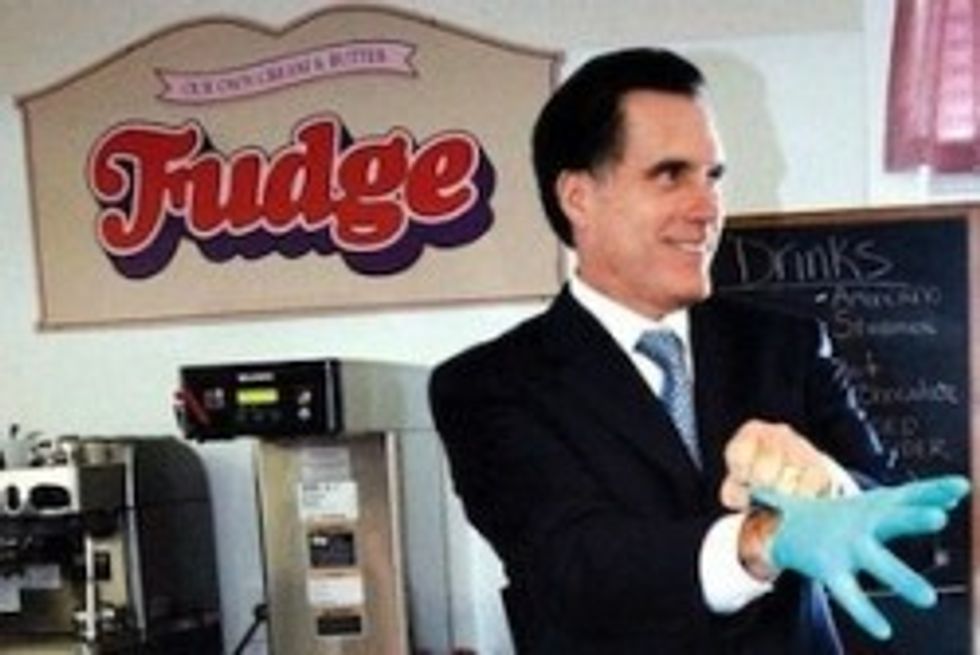 It seems reasonable to predict that about ninety-nine out of every hundred news analysis pieces about Mitt Romney from now until the general election are going to be making the argument that Mittens is a black hole for strongly-held convictions who appears to be running for office since it just sort of seems like the thing for a bored multi-millionaire to do every few years, because that's about the rate at which we have been seeing these stories since 2007. So Mittens will just clear this up right now for everyone: he told an audience at a rally in Boston that he doesn't really know how he ended up running, it's just some "unusual thing" that he "backed into" because he was a skinny, unpopular dork in high school. No more terse media analysis needed!

“I have to tell you: This chance to run for President of the United States, I never imagined I’d do it,” Romney said. “This is just a very strange and unusual thing to be in the middle of. But one of the, I mean, I was just a high school kid like everybody else with skinny legs.”

To elaborate, he also pointed out during Sunday's GOP debate that he ran his losing campaign for the Senate against Ted Kennedy in 1994 for absolutely no other reason than to annoy him, via TPM:

“I was happy that had to take a mortgage out on his house to ultimately defeat me,” Romney said. He added that he never expected to win the election.

“I happened to have been wise enough to realize I did not have a ghost of a chance of beating him…I told my partners in my firm, I’ll be six months, don’t take my chair,” he said.

See, America? Mitt Romney doesn't really want to be your President. He just wants to be annoying. [Boston Globe/ TPM]