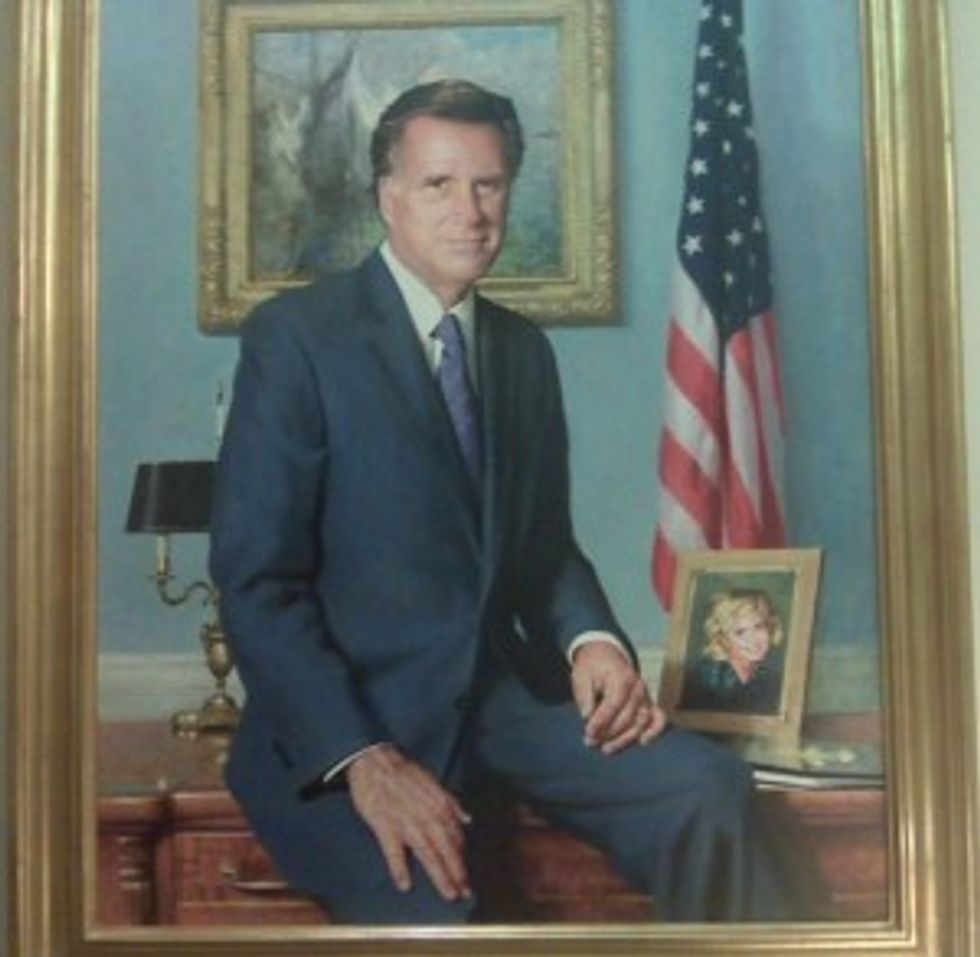 Today is a very special day: It is Everyone Hates Mitt Romney Day! Only 34 percent of respondents were able to find enough pity in their hearts to muster a weary "sure" (he does try so hard) when asked whether they liked Mittens, according to a new Washington Post-ABC poll. BUT Mittens is still beating "endless bloody bazillion dollar war in Afghanistan" by a solid 11-point margin, so there's that. Another new poll, this one from Quinnipiac, puts him behind Barack Obama in the three swing states of Ohio, Pennsylvania and Florida. Tell us what we are seeing here, pollsters: "The overall pattern is similar to his trajectory four years ago: As he became better known, his unfavorables shot up far more rapidly than his positive numbers." Now, Is this because of his embarrassing inability to pander convincingly? Or is it more because, as Arlen Specter squeeled on the teevee today, "Mitt Romney has changed positions more often than a pornographic movie queen?"

In the new poll, 50 percent of all adults and 52 percent of registered voters express unfavorable opinions of Romney, both higher — although marginally — than Obama has received in Post-ABC polling as far back as late 2006.

However, the biggest difference between Romney and Obama is on the other side of the ledger: 53 percent of Americans hold favorable views of the president; for Romney, that number slides to 34 percent. Positive ratings of Obama steadily improved over the course of his fight for the 2008 Democratic presidential nomination — something not evident in Romney’s ratings this time around, or last.