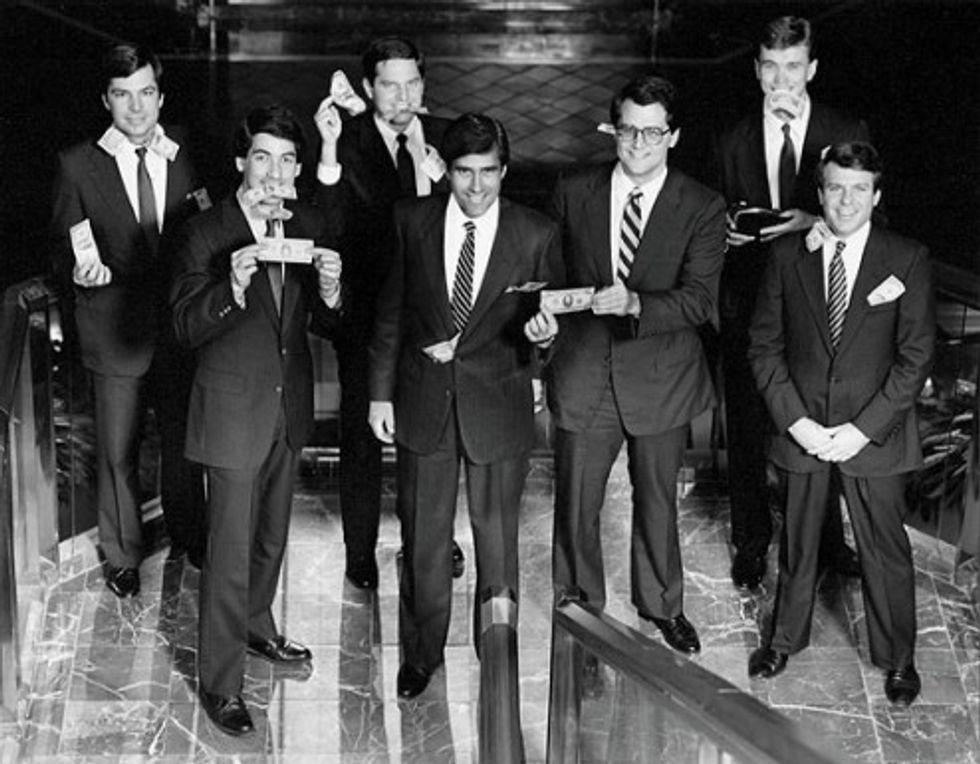 One thing we have learned in the past few years of grifter politics is that rich people are way way better at grifting than poor slobs like us. You are probably just too fucking lazy to figure out how to get someone to buy you$150,000 worth of clothes for a job you did not get. You probably have no idea how to get $96,000 behind on your rent and still not get evicted either. Your lazy stupidity is probably why you haven't been able to overcharge the hell out of people just for hanging around you:

It is standard procedure for presidential campaigns to arrange and prepay for meals, bus travel, and charter flights, then bill the news outlets afterward for their share of the cost. In order to travel with the candidate, reporters and their editors must agree upfront to pay for the cost of the trips, as determined by the campaign.

But many of the bills from the Romney campaign — which have continued to trickle in since Election Day — are much higher than during other campaigns.

For example, on Oct. 11, each reporter was charged $812 for a meal and a rented "holding" space, where the press waited before moving to the next event. On Oct. 18, the bill for a similar set of expenses was $461. And on the night of the vice presidential debate, the campaign planned a "viewing party" for the reporters with Romney, complete with a large rented room with a patio, massage tables, fresh cut flowers, and lots of food and booze. One campaign aide told BuzzFeed that campaign officials' orders were to "go big" — a nice gesture, perhaps, but one that wasn't discussed with every media outlet.

Hahaha. Yr Wonkette has never, ever been so glad that we were not invited to travel with the Romney campaign. Can you imagine? First you have to, well, travel with the Romney campaign. Adding insult to injury, you have to pay to travel with the Romney campaign. Adding a kick in the teeth to your insult and injury, you have to pay an absolutely ridiculous sum of money. Are you really surprised, though, that the dude that thought that a $55,000 car elevator was a necessity, that a 12,000 square foot home was just the right size for an empty nest family, and that totally believed that $250,000 was still middle class would be just a little bit out of touch with how much things cost? $800 per person per meal and a space to sit and wait for something boring like hearing Romney talk is probably a HUGE bargain in Romney-world. Also, too, who among us hasn't paid $750 just for the privilege of attending a party? (And no, paying for strippers and drugs at the party DOES NOT COUNT.)

Losing the presidency is where the REAL money is at, suckas.