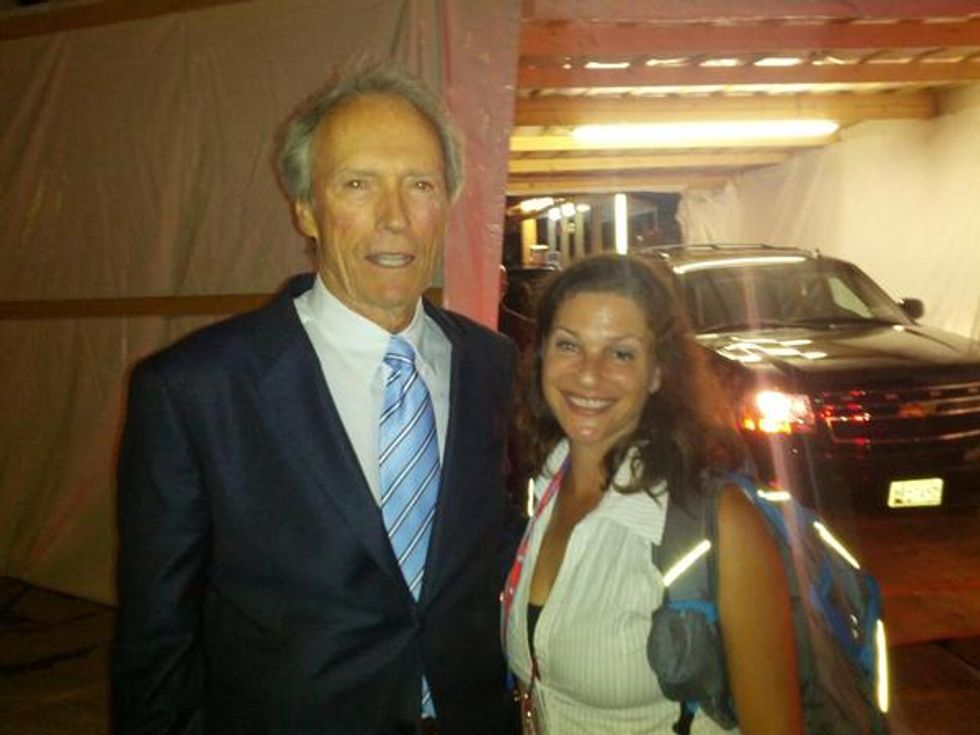 Hey, everybody cannot be good at everything. Che Guevara, for instance, was very good at being sexy and riding his motorcycle and killing people, but very bad at being Minister of Factories or whatever for Cuba. His Lord High Hairgel Mittens of Romney, in the meantime, is very good at having been born to a wealthy, powerful man, but very bad at being Mr. Manager! Take, for example, every decision he has ever made, but especially the decision to let an 82-year-old man give a primetime speech, without a script.

Who else thinks Mitt Romney is bad at his job? Just Clint Eastwood, in the video above, who says (the question starts at 1:51) that anybody who's "dumb enough" to ask him to speak at their convention is gonna get a FISTFUL OF EASTWOOD, that's right, and there's nothing they can do about it! Then he says he likes Obama fine, whatever, and he's for multiracialism and multiculturalism, so he is not a racist, which is good to hear. We hate having our sexxxy pictures taken with racists.