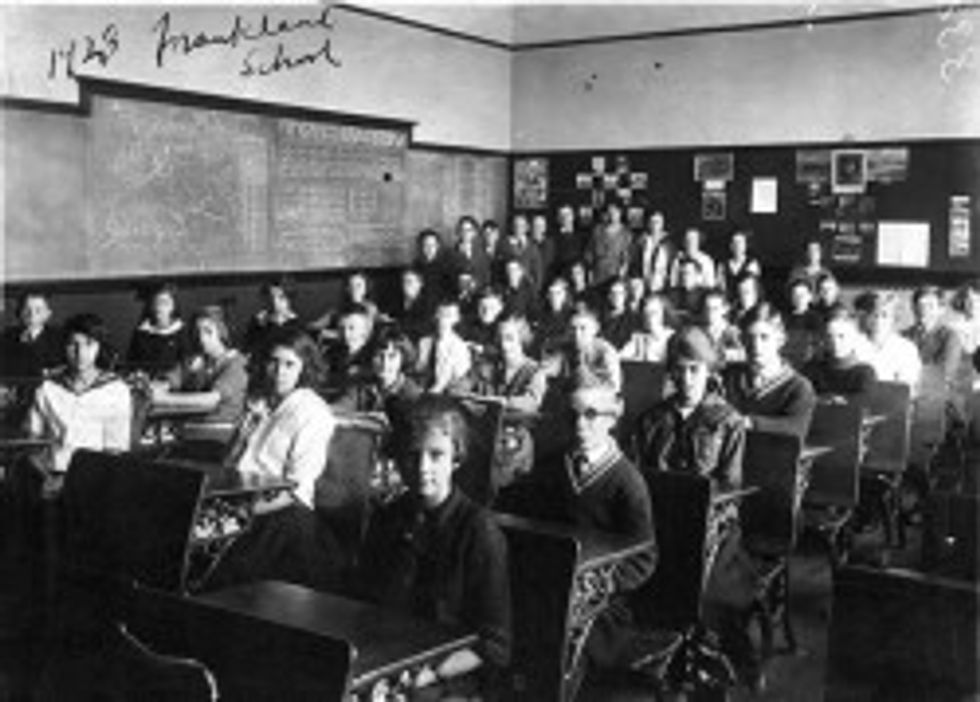 Hello, fellow taxpayers! You will be ecstatic to know that Mitt Romney has thought very carefully about the Wisconsin recall election, and drawn some conclusions about what you, the taxpayer, want and how it coincidentally is exactly the same as what he wants!  Basically, the recall means that you, the taxpayer, are content to live in a lawless post-capitalist dystopia, free from the burdens of education and ready to turn over the processes of law and order to surveillance cameras and domestic drones, both of which can be used to fight fires, which is a great value! So Romney surrogate John Sununu went on the TeeVee and explained that there was "wisdom" in Romney'scomments about teachers being simply old-hat, fellows, because we will actually BENEFIT from larger class sizes and less police officers, because of the population and also something about technology.

Via ThinkProgress (video at link):

SUNUNU: Let me respond as a taxpayer, not as a representative of the Romney campaign. There are municipalities, there are states where there is flight of population. And as the population goes down, you need fewer teachers. As technology contributes to community security and dealing with issues that firefighters have to deal with, you would hope that you can, as a taxpayer, see the benefits of the efficiency and personnel that you get out of that.

Translation: some states are just so horrible that people are leaving in droves. Sununu can't say which ones or where, or why people are leaving, but they exist, mark his words! And as people leave, we can just fire teachers instead of letting the kids that are left over benefit from the kinds of small class sizes you get at places like Cranbrook. Cranbrook, in case you don't know, is where Mitt Romney took time off of harassing gay students, playing pranks on the disabled, and impersonating police officers to “explore the creative outlets of painting and printmaking, weaving and pottery, poetry and language” when he was in grade school, and enjoy “college-level classes in math, science, English, history and foreign language” in classes of around 16 students and under the supervision of four specially trained full-time college admissions counselors when he went on to high school. You don't want something like that for YOUR kids, do you? NO. You DON'T. You are poor, so you don't care about such upper-class fripperies.

SUNUNU: If there’s fewer kids in the classrooms, the taxpayers really do want to hear there will be fewer teachers. [...] You have a lot of places where that is happening. You have a very mobile country now where things are changing. You have cities in this country in which the school population peaked 10, 15 years ago. And, yet the number of teachers that may have maintained has not changed. I think this is a real issue. And people ought to stop jumping on it as a gaffe and understand there’s wisdom in the comment.

Who among you HASN'T been outraged, just outraged, upon discovering that there was a low student-teacher ratio at your local public school? Show of hands. None, huh. Well good because as we recently learned,  class size doesn’t matter.