Mitt Romney Not Waiting Around All Day For You To Return His Call About Your Dead Son, Lady 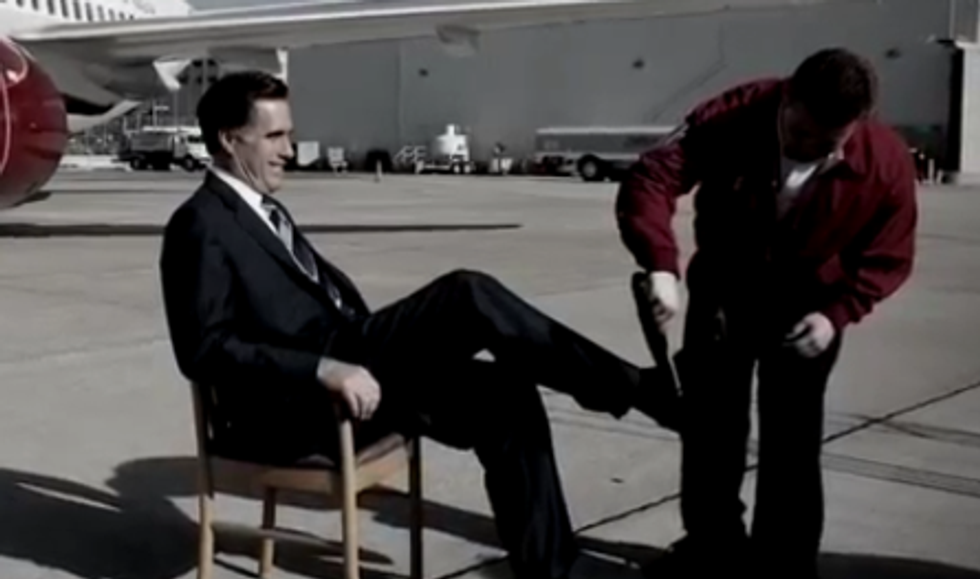 Mitt Romney is avery busy man, you guys. He is busy now that he’s running for president, and he was busy back when he was a governor. So if your son dies and he gives you a call the day of his funeral, you should probably call him back RIGHT AWAY because he is very important! Very busy! Got that?

“I can’t believe you haven’t returned my call,” Romney said on one of the voice mail messages, according to [Gold Star Mother] Stephany Kern, speaking at her Westerly, Rhode Island home this past Saturday. “Here I am making a second call; I haven’t heard from you.”

Kern did not save the messages. This is the first time she has spoken publicly about them.

Kern’s son, Marine Lance Corporal Nickolas Schiavoni, was killed by an IED explosion in Iraq on November 15, 2005. [...] Mrs. Kern says that many officials, including Romney and Senators John Kerry and Ted Kennedy, left messages for her the day after her son died. She felt unable to speak to anyone in those initial days. “I didn’t listen to any of the calls,” she says.

Only Romney, she says, complained in a second message that she had not called back.

Oh, and Romney called a third time, still bitching. Kern's husband, who heard the messages, said the tone was "disrespectful" and "antagonistic" and "absolutely inappropriate." When John Kerry and Ted Kennedy didn't get return phone calls, they reached out to family members to find out whether and when Kern might want to hear from them. That is because they are losers. Only ROMNEY is really busy, which makes sense because he has so much more money than those other guys, which makes him more important, get it? Some people have all the nerve.