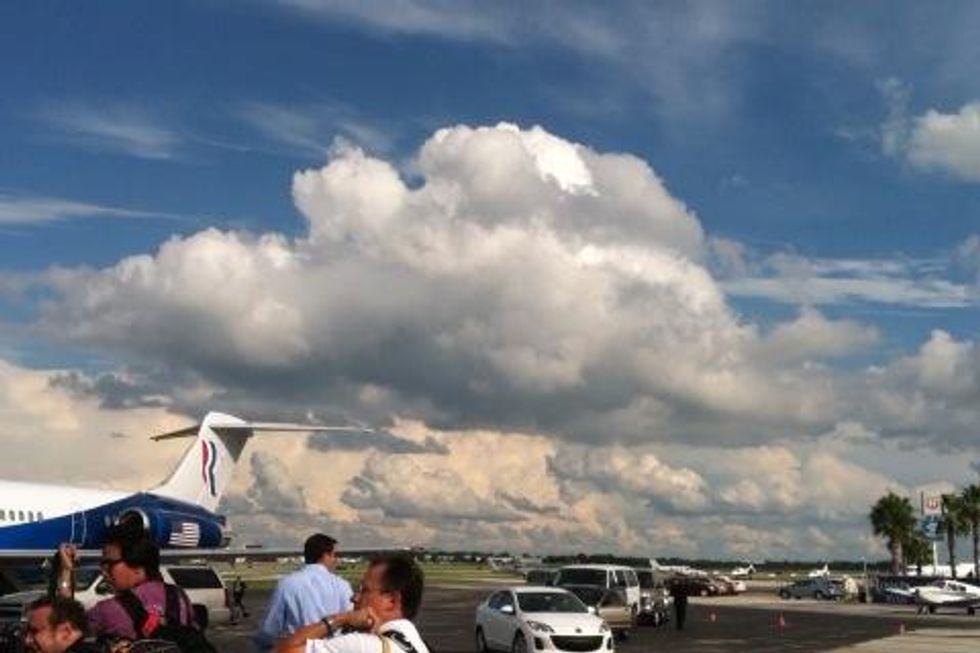 Recently, we were inTampa, buying you beer, when we met a couple of nice fellows who worked for "a British-based petroleum company." Hmmm, we mused. We've only heard of one. Might have had a small spot of bother a while back? Did they ever get that fucker capped after all? Oh, it did take some time and a lot of eyeless shrimp. They were fun guys, kept sticking Wonkette stickers on people's backs. But when we asked their thoughts on the dispersants that -- like the VaPOOrizer in Envy -- might have had some unforeseen consequences, this is what they said: "What do you think of Sarah Palin?" And so we asked again, and then the cuter of the fellows started in on an endless story of sitting next to a Palin adviser on a flight, and trying to keep himself from engaging with her, because he finds Palin "vapid and mean," which is a bad combination! Now, this is a fine story, but we were asking about the dispersants. And so campaign pool reporter Jon Ward asked Mitt Romney yesterday whether he would be campaigning harder now to overcome his constant bed-shitting and dog-fucking, and this is what he said:

"Ha ha. We're in the stretch aren't we? Look at those clouds. It'sbeautiful," he said, pointing to the sky. "Look at those things."

But the thing is ... those clouds ARE beautiful! THEY ARE! They're magnificent even! And we already know that Mitt Romney loves to muse on nature, and he should do so! We think he should retire to a small pond, Walden-like, and reflect and muse his heart out. We think he would be happier, especially if that classy wife of his stayed far, far away.