Mitt Romney Wants All You 22-Year-Olds To Get Knocked Up Now, For Our Savior 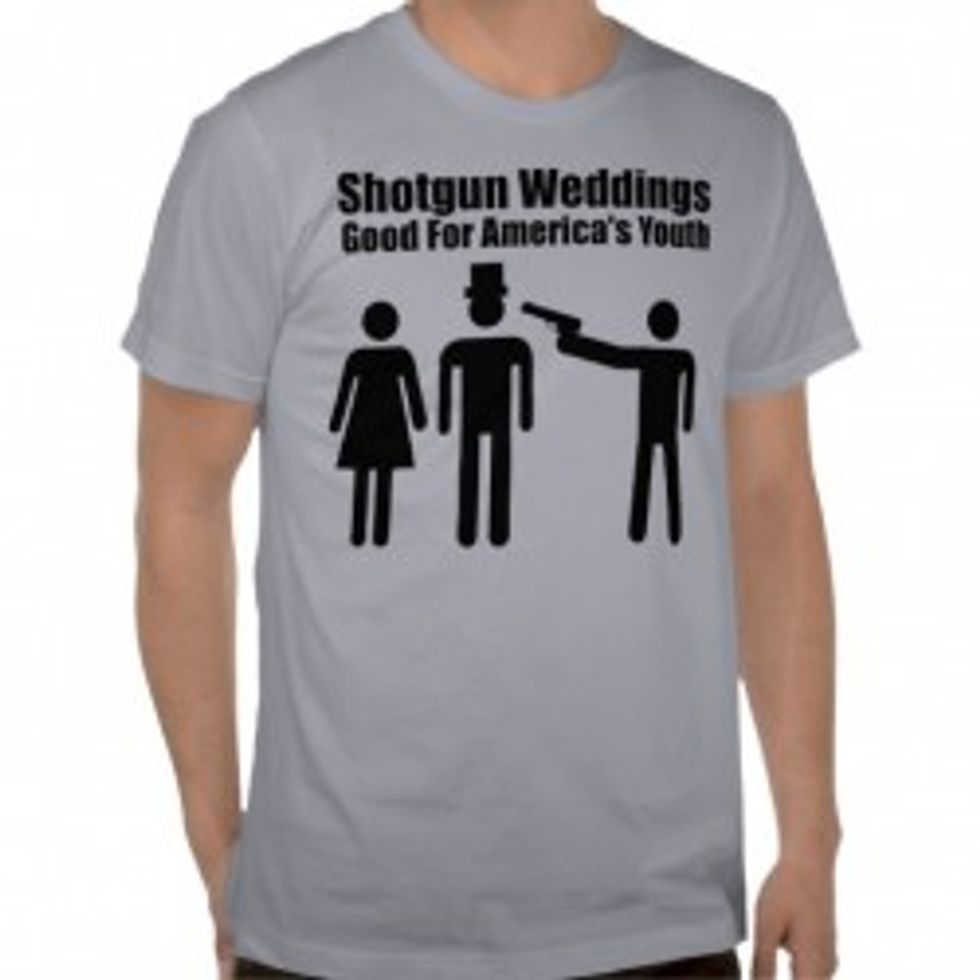 Gawd, you people are awful. According to famous women-binding failed presidential candidate Mitt Romney the problem with you selfish dolts is that you simply won't get married when you're really young.

"Some people could marry, but choose to take more time for themselves," Romney tells graduates of Southern Virginia University. "Others plan to wait until they're well into their 30s or 40s before they think about getting married. They're going to miss so much of living, I'm afraid."

Right? Because Grey's Anatomy is already into its ninth season. That show won't last forever. Sure, you'll probably still be able to watch it on Netflix, but then you'll binge watch and miss that "so much of living" that comes from substituting mediocre network tv for sex every Thursday night at 9:00 Eastern/8:00 Central.

Mittens then says, without a hint of irony, says he doesn't "think God cares if you get rich." God put all his efforts into caring if Mitt Romney got rich, and He's all tuckered out now. Instead, God wants you to have a "quiverfull" of kids. And, sure, that might be tough to do if you're so poor that your net worth is only $40-50 million but Mitt knows you can make it work!

Also, if a quiverfull of kids kids sounds like just another awkward attempt at phrasing from a swarmy and stiff failed politician, it's not. Quiverfull is the latest incarnation of fundamentalist batshittery. Basically, it means God wants you to lock that gal down and keep her pregnant as much as possible because that's literally the entire purpose of female existence.

Nancy Campbell, "editress" of Above Rubies--an international Christian women's magazine-- encourages "women in their high calling as wives, mothers, and homemakers" by explaining in her book, Be Fruitful & Multiply: What the Bible Says About Having Children, that the word "woman" is a combination of the words "womb" and "man." Woman means "womb man" or "man with a womb."

And these "man with a womb" creatures should have like 20 kids so those womb-less men, also known as "men," can go out and do manly man stuff. If the women don't do that and instead use birth control or something, the Quiverfull logic goes, men will get all sad and stop doing manly things. Instead they'll just straight up become completely gay because what's the point of sexing with icky lady parts if it isn't going to produce a billion babies.

Actually, there's a certain logic to that nutter butter thinking. The men who tend to hang out in these fundamentalist circles are...well...you know what yr Wonket is saying, right?. Those guys are basically one Lady Gaga song away from man-sexing everyone in a Greyhound station bathroom. Unless Godly ladies are constantly giving off those let's-make-babies-right-now pheromones, their men would be all the time buying meth from gay prostitutes and shopping for Michele Bachmann's fabulous wardrobe.

So take Mitt Romney's word for it, Southern Virginia Class of 2013, surpress all those selfish urges for (ahem) personal development and growth. Get married before you turn 23, start making some babies, and for the love of all things holy don't ever stop.