Mocking Mayor Of Peoria On Twitter Will Get You Raided, Arrested For 'Drugs' 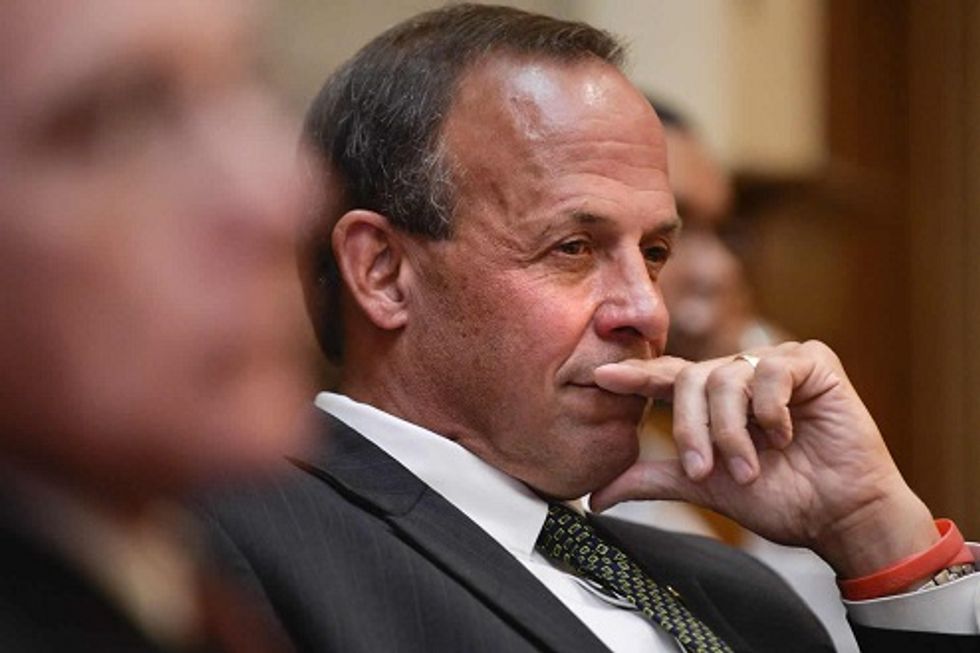 The unknown mayor of Peoria, Illinois, has gotten the memo: Abusing power is super awesome, so everyone should totes start doing it, RIGHT NOW. Mayor Jim Ardis, whom no one outside of Peoria has ever heard of, would like everyone to know thathe REALLY can’t take a joke and that he will send armed police officers to enforce the fake law that NO ONE MOCKS Jim Ardis, especially if they do it from a satirical Twitter account.

Mayor Ardis was outraged, outraged, by this violation of his pretend right to not be mocked on the interwebs. Police Chief Steve Settingsgaard is equally outraged; he is convinced that the perpetrator of this epic crime intended others to believe Mayor Ardis went on the Twitter with the specific purpose of comparing himself with Crack Smoking Mayor Rob Ford. And maybe they did, the account owners did originally use the mayor’s actual email address and link to the city’s web page, before later changing the account to indicate it was actually a parody. Or, maybe there’s an alternative explanation: comedy fail.

Mayor Ardis and Police Chief Steve realized that they could not let such comedic twittering stand. What next? Satirical Facebook groups? Ironic Friendster profiles? A line needed to be drawn. Despite the fact that the account had been deleted by Twitter. Because how would other people know that NO ONE MOCKS Jim Ardis, unless there is an armed police response? Clearly, raiding the home of the alleged account owner was the only option and could never be construed as an over-reaction.

Police Chief Steve knew what needed to be done. Seven armed police officers were sent to raid the house that tweets built. Because the pen (or keyboard) is mightier than the sword, but not mightier than the Glock Model 27s carried by Peoria police officers. It was touch and go, but the officers were able to subdue alleged twitterist Jacob Elliot. Probably because he didn’t know you could get arrested for mocking people on the internet. We assure you, that was not part of our esteemed Editrix’s pitch to her mommy-blogging minions, and we are now all chilled to the bone, waiting for Mayor Jim and Police Chief Steve to show up at our door with a battering ram.

Elliot was arrested, although not for mocking the Mayor; turns out that’s not actually something you can get arrested for. Elliot was charged with allegedly possessing small quantities of marijuana. Officers arrested two of Elliot’s roommates, at their places of work, telling them that they could serve a year in jail for impersonating an official. Because you should always be held responsible for stupid shit your (allegedly) stoner roommate does on the intertubes.

This reasonable response to twittered insults inexplicably became the buzz of local newspapers, serving as a warning to the rest of us that Mayor Ardis is serious about humor. Unfortunately, not everyone on the intertubes got the warning. Ardis and Settingsgaard must have become even more outraged when they realized that their very serious police raid intended to stop the mocking of Mayor Ardis resulted in -- oh man, who could've predicted this? -- more mocking on the Twitters. Fake twitter accounts for both the Mayor and the Chief have been popping up like bad pennies and drawing more attention to the thin-skinned Mayor. It’s going to be a busy month for the Peoria PD, too many raids, not enough time.