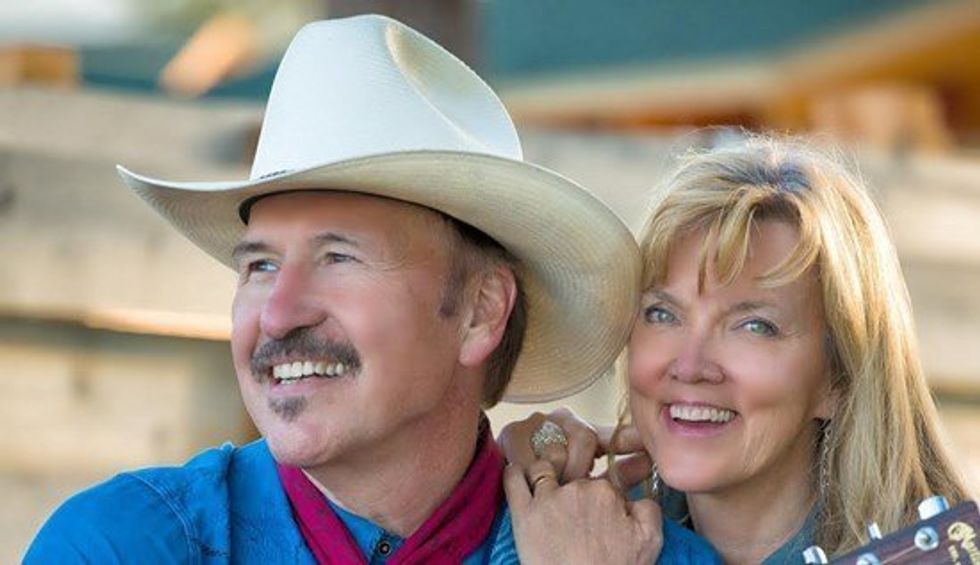 Rob Quist is a pretty popular fellow. He looks decades younger than his 69 (nice). He has an age-appropriately hot wife -- a former stewardess even! He is a bluegrass dude and son of ranchers who spends his days fundraising for Montana food banks and lobbying for music and arts programs in schools.

Greg Gianforte is not a very popular fellow. He is a billionaire from California by way of Wisconsin, and he once sued the state of Montana to allow him to keep people out of his yard, despite state law being PRETTY CLEAR that you have to give people access to your land if A River Runs Through It.

See what I did there? That is a movie that people in Montana love, even though, judging by the 10 minutes I managed to watch, it is a about a man separating from his overbearing father by having a different timing on his fishing pole casting.

I don't care if it was fucking Brad Pitt, Jesus Christ, MOVIE.

Seriously though, don't fuck with fishermen, or their Montana-given right to fish in your shit. The sportsmen are for fucking serious.

Gianforte ran against a Democrat for governor, and he lost 50-46 in an election during which Donald Trump beat Hillary Clinton 55-35, because he's awful. His campaign was so bad that his phone bankers (who could not pronounce "Gianforte," it was really sad) called me, a registered Democrat, TWICE to remind me to vote! AND I SURE DID! And yet, Montana Republicans nominated him Monday night for the special election for Montana's sole House seat -- vacated by grifty "Commander" Ryan Zinke, who then literally rode a horse named Tonto into his first day heading the Department of the Interior. My god, these fucking guys. Anyway, THANKS MONTANA REPUBLICANS!! :D

Guys, I Am Seriously Considering Running For Montana's Congressional Seat

Somebody stop me! No, I mean it. Please stop me.

Hey editrix, you are saying, weren't YOU going to run for Montana's House seat? I was seriously considering it! Because what Montanans love is a California liberal who's lived here for all of two and a half years and is only half a Jew! Also one whose Google results are mostly about how rape is awesome when Bill Clinton does it!

What I am saying is I am awfully glad I did not run for Congress, and Quist is a hell of a smart choice. (Amanda Curtis, whom he beat handily at last weekend's nominating convention, is a cool, good, smart lady, but her last run for Senate exposed a shy, even robotic debate style that won't be a problem for good ol' boy Quist.)

So you go ahead and keep attacking Quist as a "socialist," Greg Gianforte. (Quist was a big Bernie guy, in addition to his day jobs of "making music" and "helping feed people.") Montana's conservatism is an odd one -- it's libertarianish red and not all that churchy (while Gianforte is a big donor to nosy buzzkills Focus on the Family), and rests on a foundation of anarchist and socialist miners not that many decades ago. It still elects Democrats statewide -- our governor and one of our senators -- as long as they're running against Greg Gianforte, who looks like this:

In conclusion, let's all give Rob Quist money, the end.