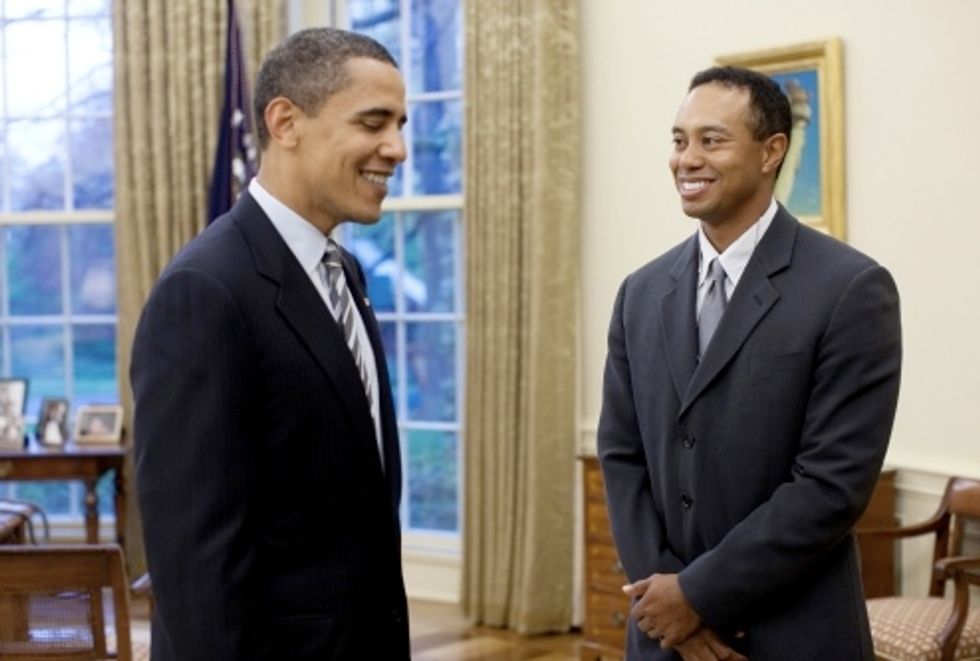 DC's favorite Korean cult newspaperThe Washington Times is celebrating President Obama's 100th round of golf as president by putting this in fascinating mathematical context: "The next time President Obama hits the links, it will be his 100th round of golf since coming to the White House. That’s quite a milestone in just 3 1/2 years. As it takes him about six hours to drive to the greens and complete 18 holes, Mr. Obama has spent the equivalent of four months’ worth of work time golfing. Meanwhile, the U.S. economy has been stuck in a sand trap." Care to show your work there, Moonies? We'll show ours.

If Obama has played 100 rounds of golf, and it takes him six hours each time, that is 600 hours of golf. How many hours does the Times include in a "work week"?

So the Times, if our math is correct after not doing anything math-related for 10 years, finds 150 work hours per month. If you're going by 22 work days per month, that is 6.8 hours of work per day, during the M-F work week. So if you think the President of the United States works 6.8 hours per day, five days a week -- let's say the Times was going with the 40 hour workweek and taking some holidays and other random stuff off -- and takes his golf time out of those work hours, then yes, the president has spent four months' worth of work time on the course.

Now it's time for you all to fix my math!