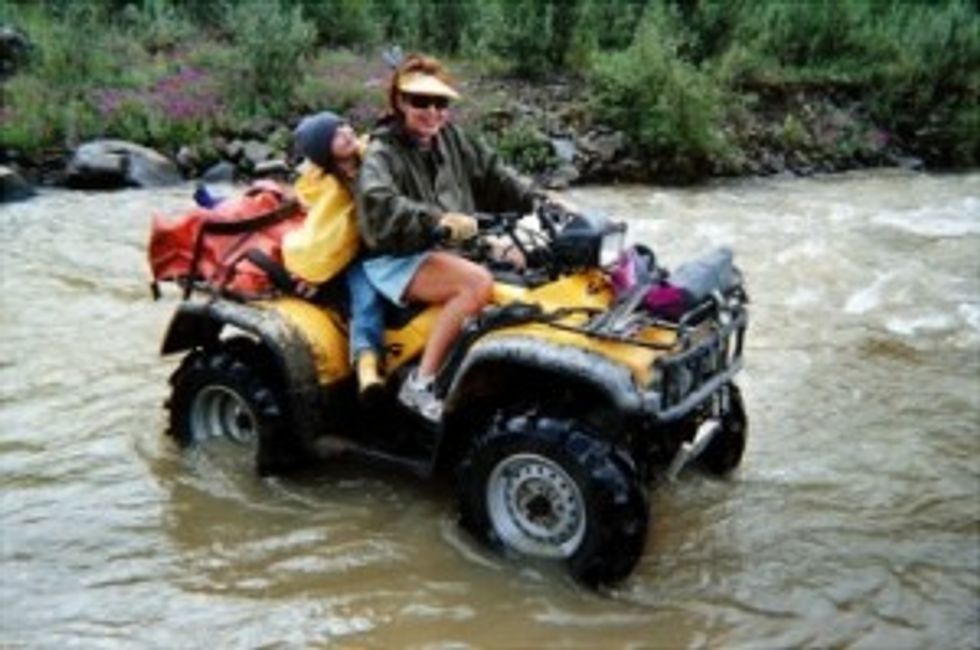 Remember when men used to go hunting? Well, they all quit -- all but Ted Nugent and Dick Cheney, anyway. Today, American men just sit on the couch in their underwear eating Taco Bell and watching video of people driving cars around in circles. So the whole hunting industry of gun manufacturers and camouflage outfitters and various animal-shooting paraphernalia is fading away like all the other American industries. Can Sarah Palin at least helpthis lost cause?

Palin, as we've been told so many millions of times, is a tough Alaskan gal who eats mooseburger, and also she has shot and killed and (supposedly) gutted and field dressed the game, after she shot it dead. (More likely, she just rode up on a goddamned off-road ATV thing and some snowbilly handed her a gun and she fired it and then drove back to her goddamned tanning bed in a mansion.)

Desperate for a new market, the hunting industry is trying to get women out there. Hell, maybe the women could even wear the camo and the orange vests that used to fit the men, before the men all weighed 700 pounds and couldn't wear anything other than an XXXXXL muu-muu T-shirt with the words "NO FEAR" over a picture of Calvin praying at a cross.

And now there's a huntress spokesmodel in the form of Mrs. Gov. Palin.

Gov. Palin is an ideal role model, say some women hunters, because she defies the masculine image of the sport. "She's a babe," says Linda Burch, a bear-hunting Minnesota accounting executive who applies lipstick before posing for kill shots.

Also: The women who hunt like to leave shitty little poems for each other on these LadyHunting.com websites. (Sarah could probably do that, too!) So this is all basically some Xena fan fiction.

The Solution to Hunting's Woes? Setting Sights on Women [WSJ]